“The growth of the southwest and northwest corridors of Sydney is certainly staggering,” said the Rev Glenn Gardner, executive director of New Churches for New Communities (NCNC), which is helping co-ordinate the project.

“To keep pace with growth and to have only 2 per cent of residents in Anglican churches would require a new church of 700 people every 12 months in Western Sydney over the next 15 years!”

That’s why the new building, a 375-seat auditorium together with kids and youth ministry spaces, is such a significant project.

The senior minister at Hope Anglican, the Rev Luther Symons, is aware of the needs. “Our parish will grow to over 100,000 people as part of the extra 350,000 moving into the southwest in the next 15 years,” he says. “We need churches that will then plant other churches.

Hope Anglican Church has grown from 20 to 400 members

“Under God that is certainly our plan at Hope. We have grown from 20 to over 400 members in the last four years and hope to plant ourselves in the next three-four years, 15 minutes down the road towards Badgerys Creek Airport.”

This year the church has taken on a mission pastor who is also apprenticing in church planting. “We hope to start gathering a church planting team in the next couple of years to plant again.” Mr Symons says. “Our plans are bold and so prayerfully we are entrusting them to God, praying that he might be pleased to use us to draw many more to himself.” 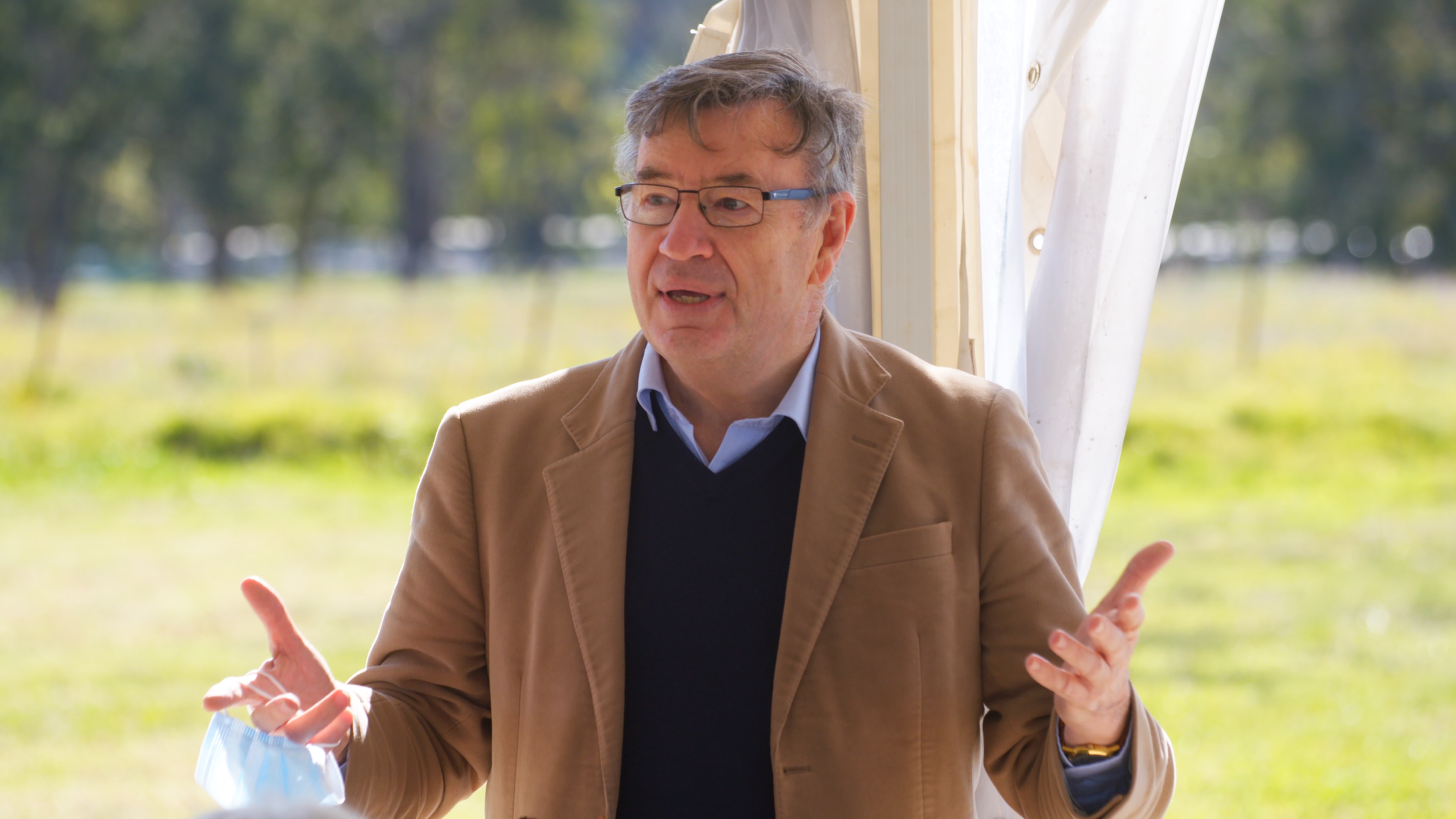 Church members are already excited about the building now under construction. Sally Hutchinson, a member of one of Hope’s four congregations, says, “After four years we have reached the ‘no-room-in-the-inn scenario’ – or no more room in the converted garage – and yet there are so many more to reach with the good news of Jesus in the southwest.”

Another parishioner, Ryan Smith, echoes the need for more space. “God’s grace and provision have been so evident to us at Hope. We are bursting at the seams!

“We desperately need space to welcome all those coming to hear the hope of Jesus – we can’t have our church reaching capacity each week. We are eagerly looking forward to how our Lord will use these new facilities to grow his church here in Leppington.”

Every parish has contributed to see this Church go forward

Mr Symons emphasises the Diocese-wide support the project has been given. “I am just blown away by the generosity of those throughout the Diocese in making our building at Leppington possible,” he says. “Every parish is a part of this and some have contributed staggering amounts to see our church go forward.  It’s truly humbling and heartening to see such single-minded commitment to the growth in this part of Sydney.”

As for the NCNC, the work doesn’t stop. “All our stakeholders are very encouraged that the new Stanhope Gardens church building is now officially opened and construction at Leppington is underway,” Mr Gardener says. “Our focus is now on raising funds for outreach at Marsden Park.”

1.
The people who haven’t come back to Church
2.
Ministry and mission at Mount Druitt
3.
Faith in fiction
4.
Chief of the Defence Force commends ministry in Navy, Army and Air Force