From Sydney to Tonga with love

Sixty thousand dollars has already been raised by Anglican Aid for clean drinking water and essential food supplies in the wake of the Hunga Tonga-Hunga Haʻapai underwater volcano which caused a tsunami to sweep over the island nation.

The violent eruption, on January 15, resulted in fifteen metre high waves, the deaths of four people, many injured and caused widespread destruction and disruption to essential services.

The Archbishop of Sydney’s Anglican Aid launched an appeal in the days after the calamity and has raised at least 60 thousand dollars in a week. 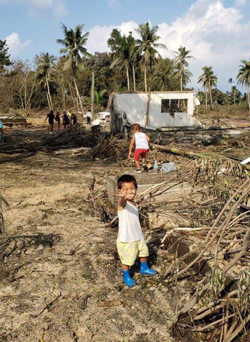 Anglican Aid and the Anglican Relief and Development Fund Australia have partnered with the Tongan Evangelical Wesleyan Church in Sydney and its charity arm in Tonga, to distribute urgently needed relief.
The groups are also working with Anglican Missions New Zealand to provide supplies to four Anglican Churches in the capital, Nuku’alofa, to distribute among their local communities.

When one part suffers, we all suffer, and in the aftermath of the natural disaster in Tonga, our neighbours there are suffering greatly.

There is a strong Christian community in Tonga and churches are a vital link to distribute aid. After houses were swept away on Mango Island, the community came together for a dawn prayer meeting on a hilltop.

Although felt in widespread areas across the Pacific, Tonga was worst hit with severe damage to shops and vital infrastructure. Aftershocks are still being felt including an underwater quake measuring 6.2 on the Richter scale. 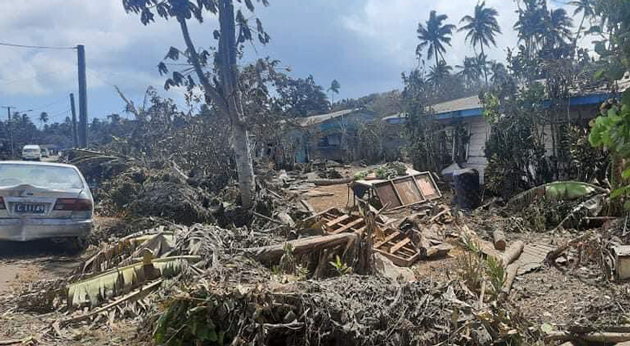 "It is a privilege to belong to a family of believers, in which we bear one another's burdens in love,” said the CEO of Anglican Aid, Canon Tim Swan.  “When one part suffers, we all suffer, and in the aftermath of the natural disaster in Tonga, our neighbours there are suffering greatly.”

God has provided us with a way to respond to the urgent need, through churches here in Sydney, and local Christians on the ground. We've been advised that the most pressing concern is for food supplies and clean water. Anglican Aid is raising funds to provide staples like noodles, tinned fish, soap, and drinking water."

Donations can be made through the appeal page - anglicanaid.org.au/tonga-volcano.

Main photo of Hilltop prayer meeting on Mango Island Rev. Kisina Toetu'u/Piokalafi Faka’osi/Facebook. Other photos from the Consulate of the Kingdom of Tonga/Twitter

How knowing Christ enables us to go, to persevere and to return