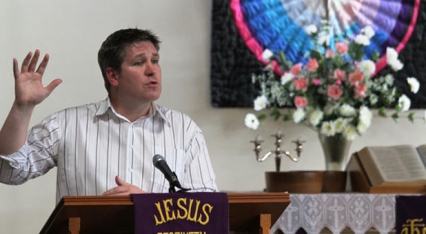 A new Anglican Diocese has been created in New Zealand, to be led by the Rev Jay Behan, who is now Bishop-Elect of the diocese.

According to a statement from the Synod of the Church of Confessing Anglicans Aotearoa/New Zealand, representatives from twelve churches throughout New Zealand gathered and formed themselves into a diocese. The churches had previously been part of various Anglican dioceses but had withdrawn because the NZ General Synod vote to bless same-sex marriages. The Australian church, through its General Synod Standing Committee, noted the decision was contrary to Resolution I.10 of the 1998 Lambeth Conference and is not in accordance with the teaching of Christ.’

The Synod today (Friday 17th May) announced “By the grace of God we are a new Anglican Diocese in these Islands, standing firmly in Anglican faith and practice, and structurally distinct from the Anglican Church of Aotearoa, New Zealand and Polynesia. This new Diocese is united in the crucified, risen, ascended and glorified Christ,  committed to the authority of the Bible, and dedicated to our common mission of proclaiming to all the good news of Jesus in the power of the Holy Spirit.  We praise God for his guidance and grace, and the sense of unity and common purpose we shared as we met.”

“Jay is a man of humility and grace, committed to the authority of the Bible and the Lordship of Jesus.  He is an excellent preacher and caring pastor, and will serve and lead the Diocese as together we seek to reach these Islands with the transforming power of the gospel.” the statement said.

The meeting also received greetings from many Anglicans around the world, including a message from Archbishop Foley Beach, Chair of the Gafcon Primates, who conveyed the text of a motion passed at their recent meeting in Sydney.

The motion read “The Primates’ Council thanks God for the courage and faithfulness of those churches and individuals in New Zealand who are remaining as Anglicans in the faith as we have received it, as they establish a new Anglican diocese. The Council gladly endorses the new Diocese, recognizes it as authentically Anglican, declares itself to be in full communion and celebrates our common life. The Council encourages the participation of Gafcon bishops in the consecration of the new Bishop, once duly elected for the Diocese.”

First and foremost, the Synod invited all Christians to join in prayer.

“ Give thanks to God for his grace and mercy towards us in Christ.  Pray for Jay, his family, and the church at St Stephen’s.  Pray for the eleven other churches of the Diocese in their mission and ministry, and for the many other churches we pray will join and be planted in our new Diocese for the glory of God.” the statement said.

See an interview with Bishop-elect Jay Behan at the GAFON Australia site.