The Bishop Election Board in the Diocese of Bathurst has announced that the Reverend Mark Calder has been elected as the next bishop.

The announcement from the Administrator and Chair of the Bishop Election Board, Archdeacon Brett Watterson reads:

"It is with great joy that I announce to you on behalf of the Bishop Election Board: The Reverend Mark Norman Calder of the Anglican Parish of Noosa, Brisbane Diocese has been duly elected Bishop of Bathurst and the election has been confirmed."

The Bishop-elect has been rector of a multi-site parish at Noosa for the past decade and previously was rector of Roseville in Sydney for 18 years.

Mr Calder said he received a call from the nomination board in June asking whether he would consider the role. “Susan and I felt that we should at least allow my name to go forward and by the end of June, I had submitted a response to the Diocesan profile.” After an interview in Dubbo in August, Mr Clader said their resolve had firmed. “The Diocese has been through challenging times, but in our conversation with the board, we could sense their desire to see change in the diocese – a change marked by sharing the good news of Jesus with others. They longed for a new bishop to come and lead and inspire such change. We felt soon after our visit, that if asked, we must go and partner with them in the work of the gospel.” Following a fortnight of prayer and consideration, the board met again on Friday 30th August and issued the invitation. “With dependence on our great God, I accepted.” Mr Calder said. “I am very humbled and a little overwhelmed.”

"I welcome the election of the Reverend Mark Calder as the eleventh Bishop of Bathurst," said Dr Glenn Davies, Archbishop of Sydney and Metropolitan of New South Wales. "Mark has distinguished himself as the leader of two diverse parishes in Sydney and Brisbane, both of which experienced significant growth under his leadership. With a heart for the gospel of God and a heart for the people of God, Bathurst will be blessed by a man of his calibre, conviction and godliness." 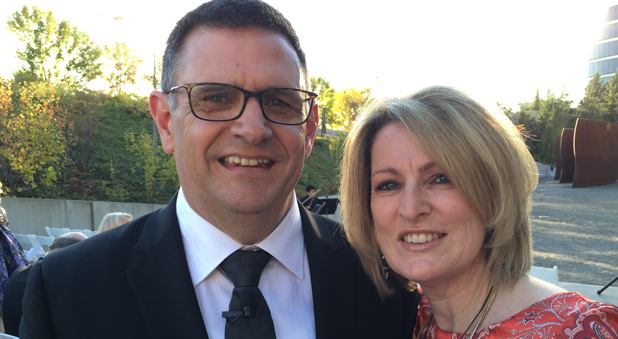 The previous Bishop of Bathurst, Ian Palmer, retired in April. The new Bishop and his wife Susan will begin the move south shortly and will be consecrated in Sydney on November 21st and installed in a service on the 23rd November in Bathurst.