Packer and Short honoured by Archbishop

Both Dr Packer and Mr Short had their licenses removed by the Canadian Anglican leadership when their church. St John’s Shaughnessy in Vancouver, voted to realign with the Province of the Southern Cone. 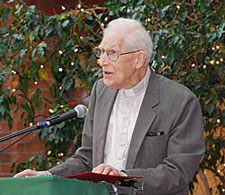 The congregation made the move because of their local Bishop’s support for same-sex blessings.

In an extraordinary reaction, condemned by leaders across the Anglican world, 82 year old Dr Packer, the author of christian classics such as ‘Knowing God’ is no longer considered a clergyman by the Canadian Archbishop.

Similar action was taken against Mr Short, the rector of the largest Anglican Church in Canada. 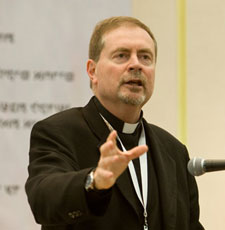 In view of the action, Archbishop Jensen said the move to appoint the pair as honorary clerical canons was a symbolic tribute to their ministry and to the fact that Sydney still recognises their holy orders.

Both Dr Packer and Mr Short have accepted the offer with Dr Packer calling it an ‘unexpected honour’.

Dr Jensen says the Anglican world is privileged to have theologians of the calibre of Dr Packer and paid tribute to the vision and faithfulness of Mr Short’s ministry in Canada.