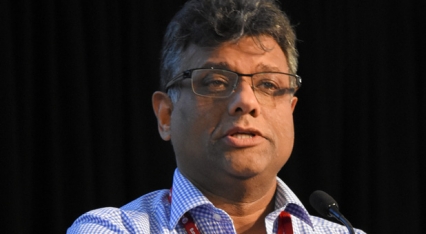 The General Synod of the Anglican Church of Australia has acknowledged that relationship with the Scottish Episcopal Church has been impaired by the SEC removing gender from its marriage canon.

In June, the General Synod of the Scottish Episcopal Church voted in favour of altering the church’s Canon on Marriage to remove the definition that marriage is between a man and a woman allow same-sex couples to marry in church.

The Scottish Primus said that the move meant his church now affirms that a same-sex couple is not just married but is married in the sight of God.

The move is in contravention of the doctrine of marriage in the Anglican church and breaches the Lambeth resolution of 1998.

The Dean of Sydney, Kanishka Raffel moved a motion at the General Synod meeting in Queensland which had earlier reaffirmed that marriage is between a man and a woman.

"Across the Anglican communion, churches are trying to work out how best to love people of diverse sexual orientation.  This is important because all people are made in God’s image; and God hates nothing that he has made.  It is important because all people are to be valued honoured and loved not only because they are created in God’s image but because of Christ’s costly redeeming love for them. " Dean Raffel said in his speech.

But he said the Scottish redefinition of marriage was 'a well intentioned but tragic misstep.  It fails to love gay people by misunderstanding marriage.  It fails to honour the Lord by rejecting his word.  It fails to preserve the unity of the Church which is founded on that word."

"Marriage is a good gift from God. But marriage is not ultimate.  Marriage does not endure into the new creation; union with Christ endures.  And so it is not marriage that the church is called to hold out to the world.  Rather we hold out Christ.  We hold him out by his gospel. So when the church seeks to include within marriage same sex couples, it does so only by excluding them from Jesus teaching and purpose in marriage.  The very people we seek to love and embrace, we separate from Christ.  I can barely express how tragic this is."

"To purport to offer marriage to couples of the same sex fails to honour the Lord by rejecting his word, and fails to love gay people by misunderstanding marriage, and separating them from the truth that Jesus taught."

In seconding, Archdeacon David Bassett of Adelaide said “This motion is not about the postal vote or whether the government will legalise same-sex marriage. This is about the doctrine of our church. The question is what does scripture teach us about marriage?”

The motion, as amended, ‘notes with regret that the Scottish Episcopal Church has amended their Canon on Marriage to change the definition that marriage is between a man and a woman by adding a new section that allows clergy to solemnise marriage between same-sex couples as well as couples of the opposite sex.’

Secondly, it noted with regret that ‘this step is contrary to the doctrine of our Church and the teaching of Christ that in marriage, a man will leave his father and mother and be united to his wife and the two will become one flesh (Matt 19:6) and
expresses our support for those Anglicans who have left or will need to leave the Scottish Episcopal Church because of its redefinition of marriage and those who struggle and remain.”

Finally, the motion said that General Synod ‘prays that the Scottish Episcopal Church will return to the doctrine of Christ in this matter and that impaired relationships will be restored.’