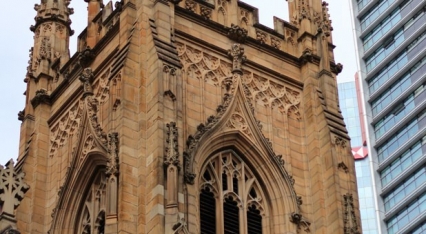 The Standing committee of the Diocese of Sydney has voted to appoint a taskforce to develop a diocesan response to domestic violence.

At the committee's last meeting, it appointed the first members of the task force including Canon Sandy Grant, who has led debate on the issue in Synod.

The 2013 Synod voted unanimously in support of a resolution calling for greater education among clergy with regard to domestic violence.

The taskforce includes a chaplain, a professional counsellor, the Archdeacon for women, Kara Hartley and several other members.

The motion also foreshadowed the development of a diocesan domestic violence policy statement, along with advice for good pastoral practice,

It also called for education of lay membership of our churches on the issue, education of youth in regards to the recognition and prevention of domestic violence, as well as encouraging further developments in education of clergy and church workers in this area.

This would include how to spot warning signs of possible domestic violence developing.

Prior to the motion, the committee had received reports from Moore Theological College and Ministry Training and Development on diocesan training on the issue.