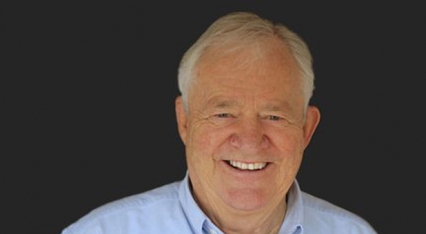 The former Bishop of North Sydney, theologian and author Dr Paul Barnett is among Sydney Anglicans on the Queen’s Birthday Honours list.

The Governor-General, His Excellency General the Honourable Sir Peter Cosgrove, who is soon to retire, announced his last Honours list comprising 1214 awards.

“On behalf of all Australians, I congratulate today’s recipients. They have made an enormous contribution to their local communities and to the entire nation and deserve our thanks, admiration and to be celebrated.” Sir Peter said.

Dr Barnett, a prolific author, theologian and historian was the Bishop of North Sydney for eleven years until 2001 and is an Emeritus faculty member of Moore Theological College. He was made a Member in the General Division of the order of Australia (AM) for significant service to the Anglican Church of Australia.

"I am deeply honoured to receive the award," Dr Barnett said. "My dear wife Anita has been my partner in our ministry. We are a team."

Among other honourees, Dr Tom Frame author and former Bishop to the Defence Force was honoured with an AM for significant service to higher education, to the Anglican Church of Australia, and to the community.

Professor Jonathan Clark – a member of the parish of Miranda – was made a Member of the Order of Australia for significant service to medicine as a head and neck surgeon.

Professor Carolyn Sue, of Lane Cove parish, was made a Member of the Order of Australia for significant service to medicine, particularly to mitochondrial disease.

The State Children’s Guardian, Janet Schorer, of Chatswood Parish, was awarded the Public Service Medal for outstanding public service, particularly through the protection of children in New South Wales.

Mr Miller has made an extensive contribution to the diocese through service on a number of boards and councils including the Councils of Barker and Arden Schools, Anglican Retirement Villages, as well as Provincial and General Synods and the Glebe Administration Board.

Lawyer Robin Speed, a member of Warrawee Anglican was awarded an OAM for service to the law. Mr Speed established the Rule of Law Institute and Australia's Magna Carta Institute to teach Australians the fundamental principles about the rule of law. He has also publicly written on issues such as freedom of speech and defended freedom of religion.

Other Sydney Anglicans honoured were Christopher Watson, a director of St Andrew's House Corporation, for services to engineering (OAM).

Teacher Warren Irwin, a member of Springwood Parish, was awarded an OAM for service to science education.

Archbishop Glenn Davies congratulated all the recipients, paying tribute to the man he succeeded.

"Dr Paul Barnett was not only my predecessor as Bishop of North Sydney but a mentor and friend to many others," Dr Davies said. "His contribution to biblical scholarship has received both national and international recognition and acclaim. His command of New Testament history is profound, but his commentary writing in both academic and more popular series, including the series of commentaries that he established and continues as editor, is without peer in Australia."

"Bishop Barnett’s significant contribution to the life of our diocese and the Anglican Communion more generally also makes him a worthy recipient of this award among the Australian honours." Dr Davies said.