“It's been a joy to serve as Archbishop and as I lay up my pastoral staff, it comes to an end of a particular season for me but one which it has been a great joy for me to exercise and one which I trust in God's goodness has brought blessing to others.”

Archbishop Glenn Davies and Mrs Di Davies sat in the centre of St Andrew’s Cathedral before a COVID-capped audience which included former Prime Minister John Howard, the Lord Mayor Clover Moore and representatives of Federal and State government as they were given a diocesan send-off to remember. It was fitting that the Cathedral was given an exemption to allow singing as Dr Davies' term had been extended due to COVID, and he had campaigned for churches to be allowed to serve their communities as much and as safely as possible.

Glenn has consistently pointed us to Jesus - and we thank him for that. The Rev Matt Yeo

Tributes at the live-streamed service came from all corners of the diocese, on behalf of the laity, organisations, bishops and clergy. More than two dozen bishops were present, including the Primate, Archbishop Geoff Smith, bishops from other parts of the country and from the province of New South Wales. Former Archbishops Harry Goodhew and Peter Jensen were also there. 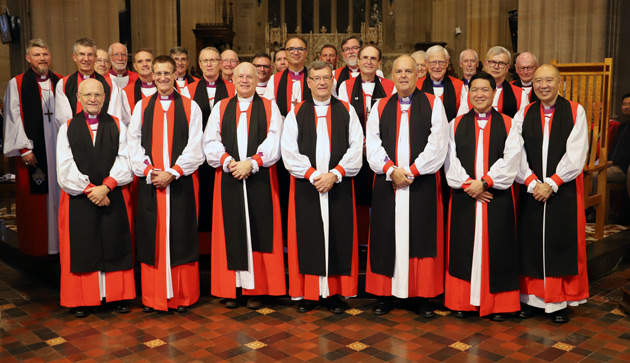 The Rector of Hurstville Grove, Matt Yeo, spoke for clergy when he said “There are so many things that your clergy are thankful for - your confidence in leading Synod, in dealing with difficult issues in the public sphere, your preaching and your pastoring of the clergy and particularly in the last 12 months. We as clergy knew that there was a competent hand at the tiller of the boat.” 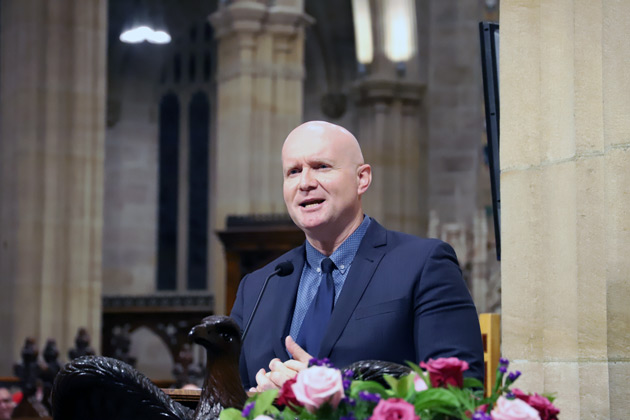 Mr Yeo spoke of Dr Davies time as a lecturer at Moore College and the qualities he brought to the office of Archbishop in 2013.
“There was a humble dependence on God's mercy to sinners and a joy and a thankfulness in life in response to that mercy. Glenn taught that and I think Glenn epitomises that — humble dependence and joy in living for Jesus.”

He also referred to Dr Davies’ last Southern Cross ‘Archbishop Writes' column, saying he had begun and ended with prayer. 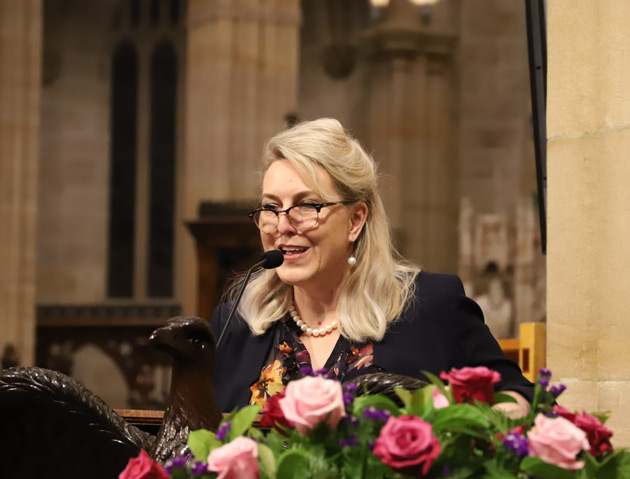 Speaker after speaker referred to the range of issues with which the diocese had to grapple in the past 8 years, and Dr Davies personal influence in a variety of situations including the response to the Royal Commission into Institutional Responses to Child Abuse.

Barrister Michelle England spoke on behalf of the laity of the diocese, describing Dr Davies as “..an Archbishop who is led by conviction, who is passionate about the truth of the gospel, who looks to Christ for all that he trusts in, whose foundations are bedded so very deep and who has prodigious skill to wield his convictions into confident assured leadership in following Christ.” 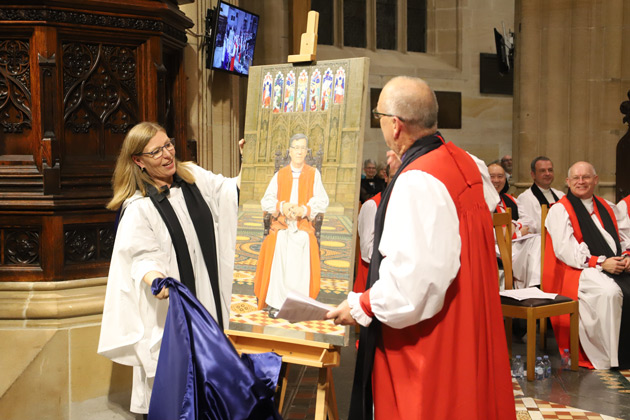 After he had preached his final sermon as Archbishop, Archdeacon Kara Hartley and the Administrator of the Diocese, Bishop Peter Hayward, unveiled a portrait of Dr Davies by artist Andrew Sullivan. 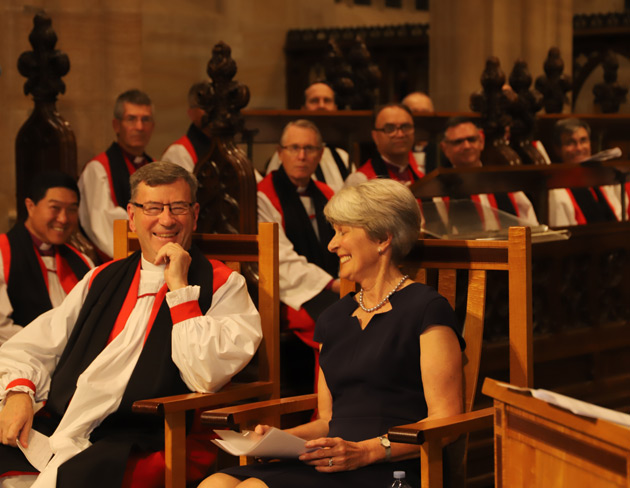 In final comments, the Archbishop paid tribute to his wife Di, who had earlier been thanked for her extensive work with ministry wives.

“God's been good to me. It's more blessed to give than to receive but tonight I feel very blessed in receiving your gifts, your love, your affirmation and I bring it all to the glory of God.”