Urgent prayer for our country 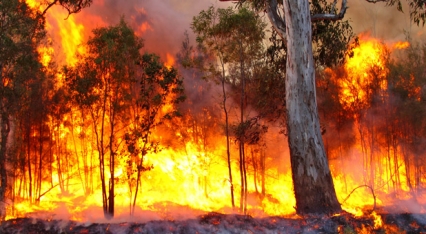 The Archbishop of Sydney, Dr Glenn Davies, has announced the opening of a bushfire appeal as one million hectares of land has been burned already this fire season. Tuesday, Nov 12, has been declared a day of catastrophic fire danger.

Archbishop Davies has appealed for Anglicans and other Christians to pray fervently in light of the danger facing New South Wales, Queensland and other parts of the country.

Dr Davies has written a prayer, which reads:

A prayer for Our Country, in drought and fire.

Our heavenly Father, creator of all things and especially the creator of this land and its original peoples, we call out to you in these desperate times as we see the first catastrophic fire warnings for New South Wales, as fires have already swept across several parts of our land.

Our hearts cry out to you in desperation for those whose properties are affected by ravaging fires and whose very lives are in danger.

Father we pray, in your mercy, restrain the forces of nature from creating catastrophic damage; in your mercy protect human life.

Guard those who selflessly step into the breach to fight these fires. Guide police and authorities who help evacuate and shelter those who are displaced.  Bring comfort and healing to all who suffer loss.

Remembering that long ago you extended your hand through your servant Moses to stop the waters and then to return the waters to their normal course, so we pray for rain.

In your mercy, we pray for drenching rain.

We pray that despite the forecasts, in your miraculous power you would bring forth rain to quench these fires and to bring life back into the earth, so that crops may grow and farmers may bring forth the harvest of the land again.

We bring these requests before your throne, in the name of your Son, who died and rose again for our deliverance,

The appeal, launched by the Archbishop of Sydney's Anglican Aid, can be found here.

But we can rejoice that there are established churches on the ground in the places most seriously affected, providing an existing network for the communication of needs and prayers.

Anglican Aid says funds donated will go to Anglican churches in the affected areas where specific applications have been made.

"NSW government emergency response will provide the majority of funding but our appeal aims to ensure help to people who may miss out on official assistance." the appeal announcement said. "Importantly, just as with the NSW Drought Appeal, funds from this appeal will come with prayer and human connection. The funds are a tangible symbol of God’s grace to us all."