“We have lost a great champion for the gospel” 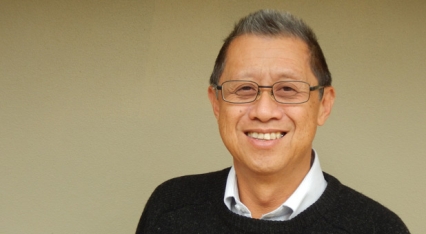 Long-serving Sydney Bishop, Ivan Lee, has passed away more than four years after being diagnosed with Pancreatic Cancer.

"We have lost a great champion for the gospel, for evangelism and for healthy churches engaged in ministry and mission," said Archbishop Glenn Davies. "Our Diocese has lost a faithful bishop and teacher of God’s word. I have lost a good friend and loyal colleague. Virginia and her family have lost a loving husband, father and grandfather."

Bishop Lee was the first Bishop of Chinese descent in Sydney Diocese and only the second in Australia. He served a record 17 years as Bishop of Western Sydney after his consecration in 2003. Even though his successor, Gary Koo, was appointed last year, he continued to serve as Bishop for Evangelism and Church Growth until he was forced to go into hospital in January.

Speaking to Southern Cross last year, Bishop Lee reflected on the fact that the cancer had been in remission after his initial operation and chemotherapy in 2015, until it reappeared in 2019.

“That’s a pretty good run,” he said at the time, adding that people diagnosed with pancreatic cancer “typically last months, not years... so it’s quite a blessing (to be given that time)”.

Bishop Lee described his cancer as a personal test of faith.

"There were lots of tears but not anger, not questioning why. None of the kids have said ‘Why you, Dad?’, and I haven’t either. I know it’s common for other people, but it was already an understanding in my head that anyone can get sick and Christians don’t get any special privileges in a fallen world."

In the Western Region, Bishop Lee was known for his enthusiasm and love of evangelism, especially crossing-cultures. In his last years, he had the chance to witness to many people, including fellow cancer sufferers.

He described this in last year's Southern Cross interview. "People ask, ‘How do you get through this?’ and I tell them there are a lot of things, but right at the top is a trust in God’s sovereignty. If God says you’re to live, I’ll live, and if he says it’s time, then it’s time. And I believe God knows what he’s doing, in my life and in the world."

"Working alongside Ivan Lee as a bishop these past 17 years has been an honour and a privilege," he said. "We first met 40 years ago when I joined the 4th year class at Moore College. He was the youngest student in the class and full of energy and desire for gospel proclamation. That desire did not abate throughout his four decades of ordained ministry. Even though his energy levels were affected by the cancerous cells in his body, his desire to live for Christ or, if necessary, to die for Christ was a constant mark of his discipleship."

"Our hearts ache for Virginia and her three daughters in their grief. They have cared for him so well and for so long, and since he entered hospital at the end of January, he has never been alone. May God comfort them in their sorrow." the Archbishop said.

"We thank God for Ivan and for his ministry among us these many years."

There will be a private funeral next week, followed by a public memorial service at St Andrew's Cathedral on Saturday, 28 March at 10am.