Yarning the Bible in the bush

There was no sandstone, either of cathedral or parish church, but ghost gums and a rainbow looking over the twilight ordination service for the Rev Michael Duckett.

The unique service took place at the Indigenous ministry centre at Wedderburn in southwestern Sydney, home of the Macarthur Indigenous Church. 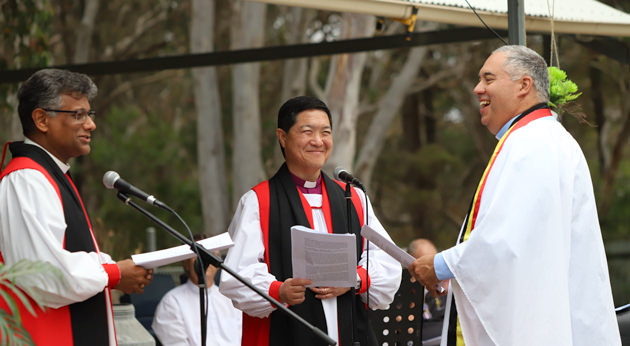 The bushland setting, where church members often gather outside around a campfire, is a new approach for Indigenous ministry that is set to be replicated on the South Coast. A generous donation from the Parish of Church Hill will fund the new site.

Church Hill, the oldest parish in the Sydney Diocese, has already donated $1.5 million to the greenfields project at Marsden Park and will make another grant of $2 million for Indigenous ministry.

Mr Duckett, who leads the Macarthur church as well as chairing the Sydney Anglican Indigenous Peoples Ministry Committee, was ordained deacon in February and ordained presbyter on December 2 in front of family, church members and guests. 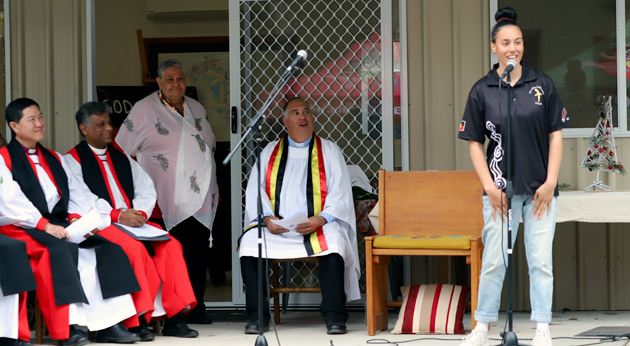 “Presbyter means old fella,” Archbishop Kanishka Raffel said to laughter from the audience, giving a rough Greek translation of ‘elder’. “Today we ordain Michael to a life compelled by Christ's love, to live for Christ. We do it because we see that this is the life he lives already.”

The Archbishop spoke of the ministry being carried out at the Wedderburn property and Mr Duckett's preaching and “yarning the Bible”.

“Many of us have heard Michael say God reconciled us at the cross. This year at our Synod Michael said to us all, the cross has done the work – now we have to put it into practice. 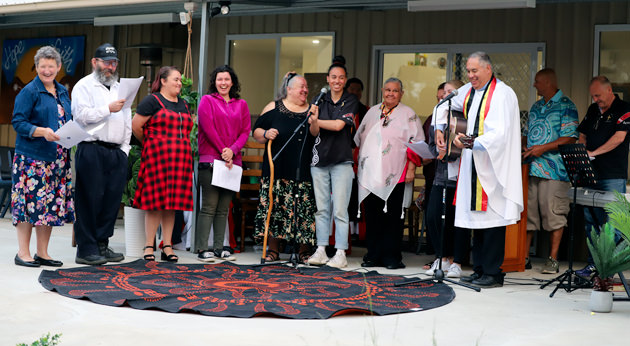 The Archbishop's address was accompanied by the sounds of kookaburras from the gumtrees which surround the property, a first for ordination services which are normally held inside. A rainbow appeared through the clouds as the service ended.

After a laying on of hands from clergy and bishops present, Mr Duckett and his family led in singing '“Jesus is Lord'” in the Dunghutti language.

1.
What our past teaches us about youth ministry now
2.
What I learned doing MTS during Covid
3.
GAFCON 4 goes to Rwanda
4.
Three ways to keep recruiting for ministry

The aftermath of our flooding rains