On the 60th anniversary of Billy Graham's historic 1959 visit, his son Franklin has started his tour to six Australian cities, including two events in Sydney.

The 1959 Billy Graham evangelistic tour changed the landscape of Christianity in Australia, with tens of thousands of people converted – including those who would later become significant leaders, such as Peter and Phillip Jensen.

The tour began in Perth on February 9, followed by Darwin, Melbourne, Brisbane and Adelaide, and winds up in Sydney on February 23 and 24.

The Sydney events will be held at the International Convention Centre in Darling Harbour and will also feature performances by the Grammy-nominated music artist Crowder.

Franklin Graham is president of the Billy Graham Evangelistic Association and the international Christian relief organisation Samaritan's Purse, which both have offices in Australia.

"We are excited to share the same life-changing message of hope my father preached in Australia 60 years ago," Franklin Graham said. "I first went to Australia in 1975 with my good friend Bob Pierce, who founded Samaritan's Purse. Since then I've had the opportunity to preach in many locations across this incredibly beautiful nation. I'm looking forward to returning to share with the people of Australia that God loves them."

“Sydney Anglicans can support this venture, as we did his father’s tour in 1959,” Dr Davies said. “Churches can register for holding Christian Life and Witness classes, individuals can offer to become prayer volunteers, anyone can bring along a friend who does not know Jesus so that they might hear the good news and by God’s grace be saved. 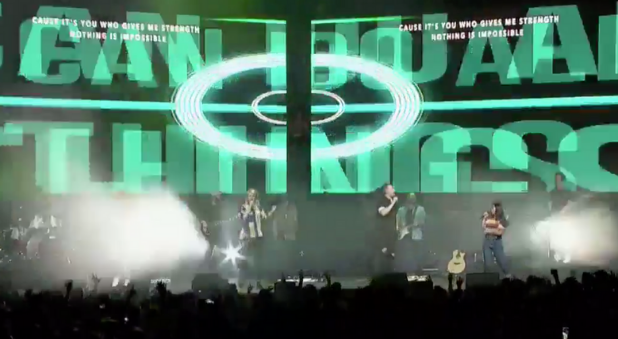 The official news release for the tour notes that “the Graham Tour comes at a time when people are searching for more happiness and meaning in their lives. Even in a country as successful as Australia, many continue to feel like something is missing. Franklin Graham believes, as his father Billy Graham did, that true happiness and ultimate fulfillment come through a relationship with Jesus.”

READ NEXT: Youth Revival - The impact of the 1959 Billy Graham Crusade on young people

Final Days: finding hope in the darkest of times