“God will bless it” the future for Indigenous Christianity

A Synod presentation about indigenous ministry in Australia – and particularly the Sydney Diocese – highlighted many positives but underscored the need for training, and for younger Aboriginal people to be in churches and in leadership.

A theological framework for reconciliation

A motion was also brought to Synod by Tony Willis and Pastor Michael Duckett from the Macarthur Indigenous Church. This asked for the Doctrine Commission to bring a report to next year’s Synod about a theological framework for reconciliation, and asked members to approve the establishment of a task force (containing three indigenous Christians, Mr Willis, the Dean and the Rev Stuart Crawshaw) in order to – among other things – help the Diocese work through how to acknowledge past failures as well as “find ways to become more intentionally involved with the ministry of the gospel to and with indigenous peoples”.

Mr Duckett, whose church meets in St Peter’s, Campbelltown, where there is a growing partnership and understanding between the two churches, explained to the Synod that while his people were “really strong and full of the Spirit”, there were no clear training pathways for them. 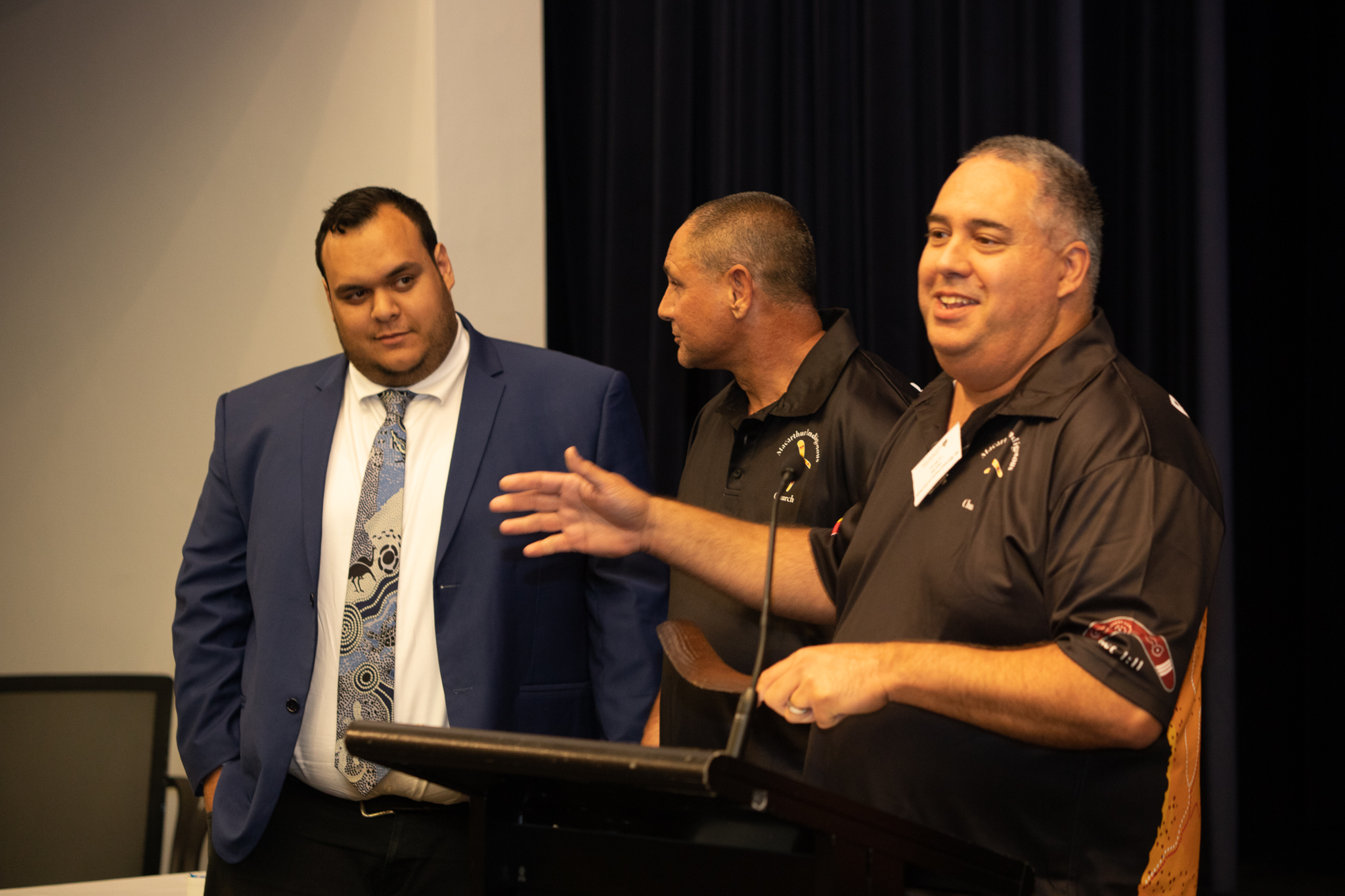 “When there are no pathways people get lost,” he said simply. There were week-long conferences and gatherings around the country, he added, but “no structure for training and equipping people, [and] if you’re going to serve the Lord you need more than a week’s training”.

Another crucial element in the picture is the often misunderstood or underrated (by white people) connection to country.

“Aboriginal people are social people with a strong connection to our land and if you take them from that it minimises the effect of the training… [they] need to know how to walk in their community with the Spirit.”

With the support of the rector of Campbelltown, the Rev Nigel Fortescue, Mr Duckett has developed a ministry training model that will involve him and a trainee “journeying together” in faith for a year, “growing and learning together”, before that trainee moves on to a year of theological training. This method would then be replicated over and over again.

“Our desire is for the lost… for God’s glory and for the benefit of Aboriginal people for the future,” he says. “Is it going to be successful? Yes, it is. God will bless it.” 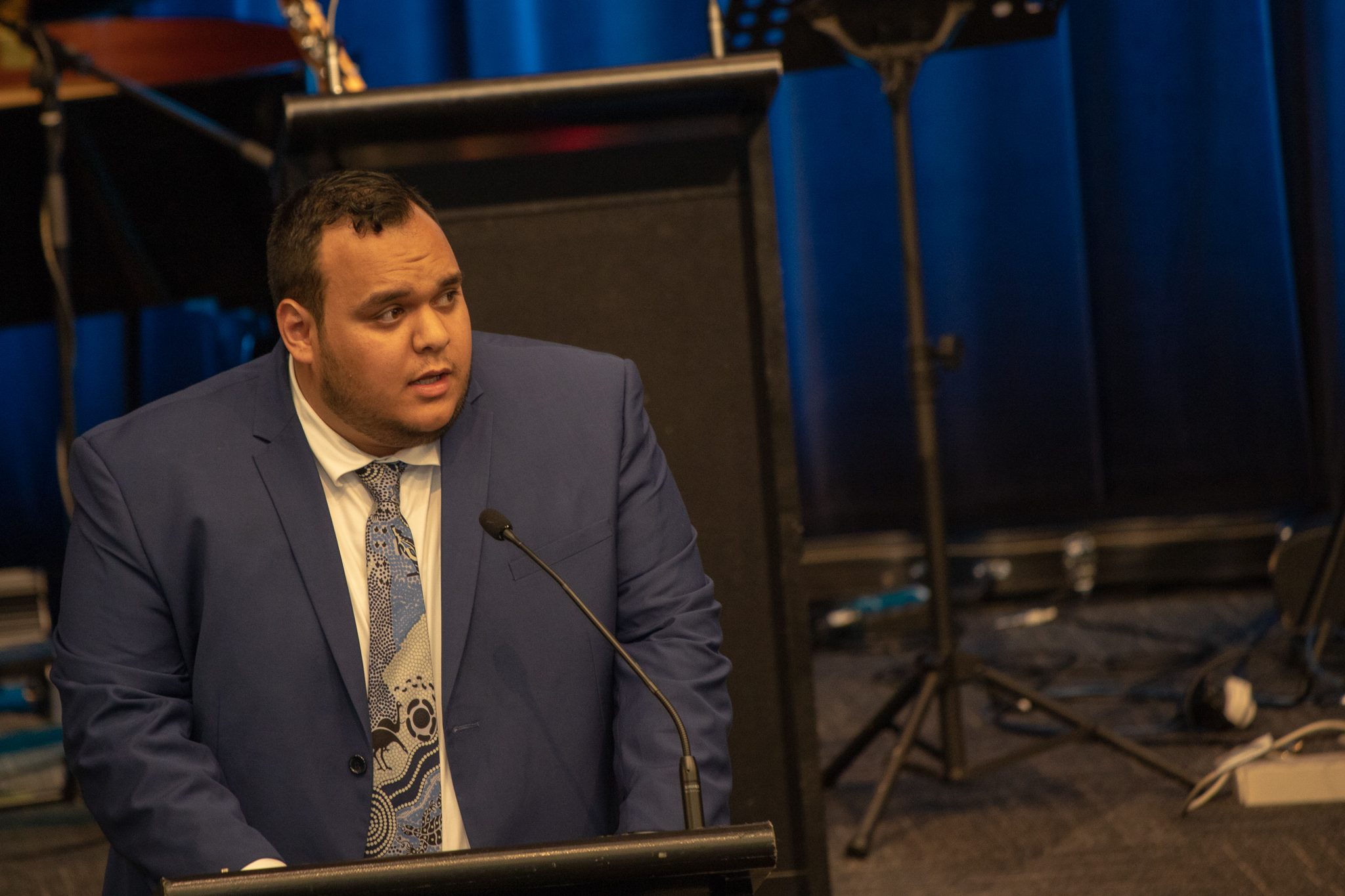 What can we look forward to in the future?

Final year Moore College student Nathaniel “Jum” Naden, who is headed for ordained ministry in the Armidale Diocese next year, spoke frankly to the Synod about the Aboriginal church – which, on the whole, “looks like an elderly, dying, mostly female gathering”.

“Young Aboriginal people are staying away,” he said. “More young men and women have bought into the lie that putting faith in Jesus takes away their cultural identity. This is preached from black and white secular ‘pulpits’.”

Mr Naden spoke of the need to train and disciple Aboriginal men and women considering full-time gospel ministry, but said many men in leadership positions in Aboriginal churches had never been shown how to disciple someone.

He said the Church needed to think about how to effectively partner with Aboriginal ministries and consider how it could be involved in effective training of Aboriginal men and women.

“The biggest population of Aboriginal people in this country, they’re here, in NSW – a lot of them in this city,” he said. “If Aboriginal ministry is going to flourish anywhere, surely it is here, even with all the hurt and the history.”

Mr Naden encouraged Synod members to remember they were “in a unique position to impact and influence the Aboriginal church, in ways probably some of you don’t even realise”. In the power of the gospel, indigenous and non-indigenous people needed to “live gospel-shaped lives and seek to reach the lost for the glory of God”.

READ NEXT: A profile of Jum Naden, the third Indigenous student ever to attend Moore College

The harvest is plentiful - but the workers are few