Muslim man offers money to anyone who will convert

There are lots of silly challenges that come and go online, but a Muslim businessman in Pakistan has offered a different type of challenge. Mian Kashif Zameer recently had a video go viral where he offered $1000 dollars to Christians who convert to Islam – and almost $6000 if an entire Christian family converts. “Please accept Islam, which is the best religion,” Mr Zameer says.

What should Christians make of a challenge like this? We spoke with a church worker who serves many Muslim people in their ministry to find out about how faith in Jesus is so radically different and what Christians can place their confidence in when evangelising.

While offering a financial incentive is not typical behaviour of all Muslim people, there are certainly Muslims in other countries who will push for conversions by coercion. “No one has ever tried to bribe me or threaten me to become a Muslim, but that can sometimes happen in other parts of the world,” the church worker says. “I know many Muslims who would be against [this behaviour].”

This Pakistani man may be motivated to offer this bribe by a desire to bring honour to Allah and the name of Islam, but does this method of conversion really produce true Muslims?

“Different Muslims have different criteria [of what defines a Muslim],” the church worker says. “The simplest definition would be someone who recites the Sha-hada, that there is one God and Mohammed is his messenger. Others would say that you’re not a true Muslim unless you do all five pillars of Islam, which also includes fasting, praying, pilgrimage to Mecca and giving a percentage of your money to the poor.” 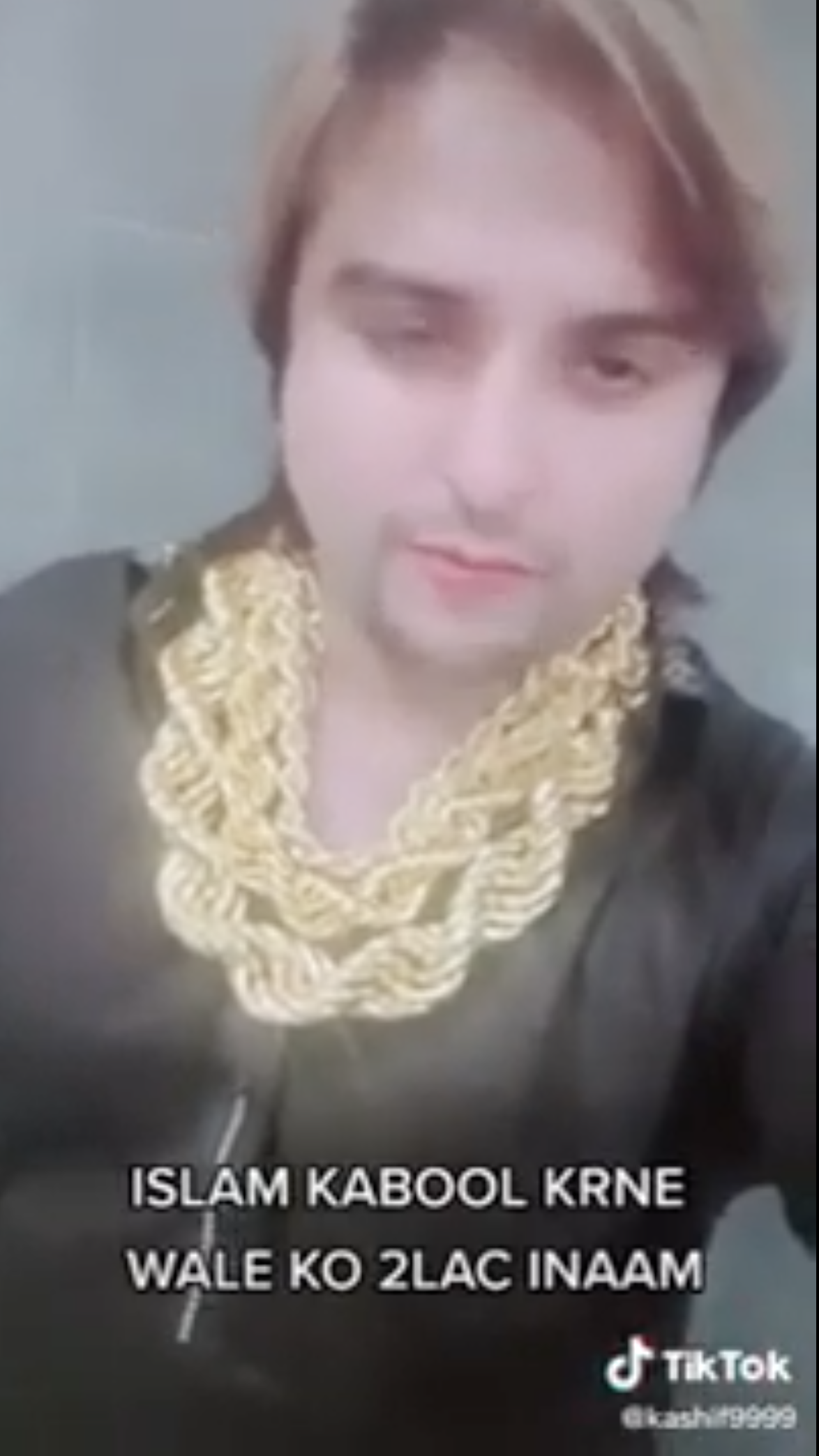 “An important thing that Muslims want to do is promote the name of Islam and bring honour to the faith. For this Pakistani man, he’s partially trying to promote Islam and is concerned for the honour of Islam. I am guessing he might also be storing up good deeds for himself by calling people to Islam.

“Many Muslims would be very against this [approach], always wanting to promote genuine faith and repentance, or honest means of talking about Islam. But I know some who will distort the truth to win people to Islam.”

Why don’t we bribe people for Jesus?

Christians also seek to bring honour to God, but this is not a method of evangelism we need to imitate.

“We want genuine repentance and faith,” our church worker says. “This man would probably say, ‘I’ve won someone over to Islam if they are willing to say there’s one God and Mohammed is his messenger’. We want people to have a genuine relationship with God and a genuine trust in Jesus, which flows out in our actions and in the way that we live. Our faith is not just a set of beliefs or propositions we assent to. It does include things we intellectually believe, but it’s about a genuine relationship with God.”

There’s a contrast between offering people material riches to believe and Jesus telling the rich to abandon their riches to follow him.

“Jesus called a rich man to leave behind his wealth, leave it to the poor, and follow him. If the thing that draws you to Jesus is $6000, is that a genuine faith? The eternal value of the gospel and the immeasurable value of the gospel – that’s what we want people to see. We don’t want people to cling to earthly riches. The treasures the gospel offers us are eternal and much greater than anything the world can offer.”

There’s a contrast between offering people material riches to believe and Jesus telling the rich to abandon their riches to follow him.

We have a message that provides real salvation from the brokenness of this world through Christ. A Christian can confidently share the gospel plainly and truthfully. There is no need to bribe, no need to deceive or coerce because we have a powerful gospel from a powerful God.

“Our God has the power to change people’s hearts, so we don’t need to pay people [to believe],” the church worker says. “I don’t have the power to change people’s hearts but I can trust God will change the hearts of those who he has planned to call to himself. I can share the gospel faithfully and prayerfully, knowing that it’s not up to me, it’s up to God. He continues to show that he is changing hearts.”