One of the towering figures of Anglicanism in the 20th century and former Archbishop of Sydney, Bishop Donald Robinson AO, has died at the age of 95.

He was a lecturer and Vice-Principal at Moore College, before becoming Bishop in Parramatta and later Archbishop of Sydney and Metropolitan of New South Wales from 1982 to 1993.

Bishop Robinson died early on the morning of September 7 at HammondCare at North Turramurra.

The first to pay tribute was the current Archbishop of Sydney, Glenn Davies, who described the contribution of Bishop Robinson as ‘immeasurable’.

“We have lost a giant in the world of New Testament scholarship” Dr Davies said in a statement.

“Bishop Robinson, who lectured at Moore Theological College for more than 30 years, influenced a generation of future ministers and scholars. His innovative approach to Biblical Theology is one of his many lasting legacies. While a scholar of great intellect, he was also a man of great humility and grace.” the Archbishop said. 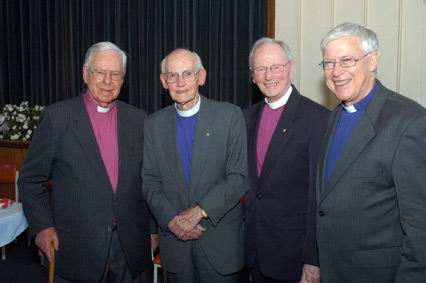 “His influence in the Anglican Communion was also highly significant and his becoming Bishop in Parramatta and subsequently Archbishop of Sydney for more than a decade gave opportunity for him to declare the glories of Christ through his commitment to the truths of God’s word, which was exemplified in his godly personal leadership.” 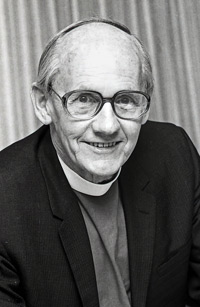 The Principal of Moore College, Dr Mark Thompson, also paid tribute saying Bishop Robinson's influence on the College and the Diocese 'has been immense and it continues as strong as eve

"He taught us how to read the Bible as a whole, to understand its big picture of ‘biblical theology’. His insights have been shared around the world thanks to Graeme Goldsworthy and Vaughan Roberts. He taught us to think about church the way the Bible speaks about church rather than to impose our traditions on the Bible. He taught us to be courageous when our biblical convictions are not shared by others and to do so without personal animosity or venom." Dr Thompson said.

"He could capture the imagination of generations of students as, with a twinkle in the eye, he promised to take them to the moon but not necessarily to bring them back. We thank God for a faithful life as tutor, lecturer, Vice Principal, Bishop and Archbishop, but above all as a disciple of Christ and biblical scholar."

Dr Davies announced the news to the Anglican Future Conference in Melbourne which, in God's providence, had planned a seminar titled 'Truth and Grace: Key Lessons for Australian Christians from the Life and Work of Donald Robinson.'

A funeral service will be held at 11 am next Tuesday, September 11 at St Andrew's Cathedral, Sydney. Clergy are invited to robe. Those intending to do so are asked to make their intention known to the Office of the Dean to facilitate arrangements. Contact details here.