The Diocese of North West Australia is so large it could easily fit in the whole UK three times over – reaching from Geraldton on the coast to Kununurra on the border of the Northern Territory.

A population of 150,000 is scattered across 2 million square kilometres, and Bishop Gary Nelson and his team work hard to share the gospel with each person who passes through the world’s largest land-based Anglican diocese.

Although the landscape and ministry challenges are vastly different to Sydney, there are valuable lessons for every Christian to learn from the top end of our country.

Bishop Nelson uses the acronym TRIM to explain to people the unique elements of ministry in North West Australia. It’s a ministry that is Transient, Remote, has Indigenous needs, and is Missional.

“People are on the move all the time through employment contracts, seafarers and tourism,” he says. “No one hangs around for very long. Most places could have a new congregation every two to three years. And most of our towns are a long way from other places. The furthest church from me is a 6000-kilometre return drive.” 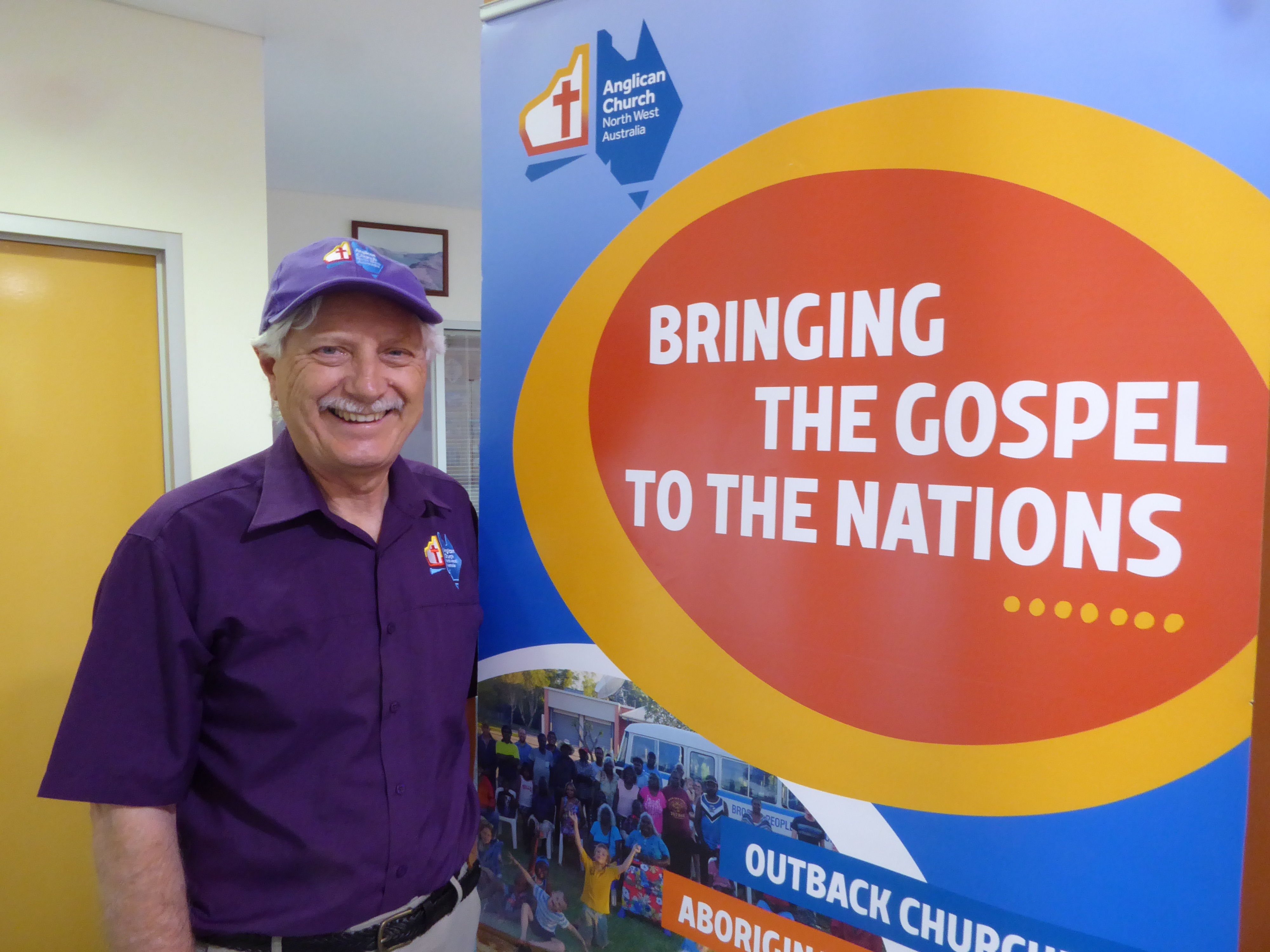 Working out how to meet huge needs, including in Indigenous communities, with extremely limited resources has been tough. “You see the needs and there’s so little you can do,” he says. “The North West is like going on missionary service: there’s remoteness, other pressures… resourcing and recruiting is not easy.”

Through these unique challenges, he has seen key truths about God that are relevant for every Christian.

“It’s only God’s word that changes people and, as you commit to praying to do that, you see changes occurring.”

Bishop Nelson says that, time and time again, he has seen people’s lives transformed by the word of God alone. “It’s only God’s word that changes people and, as you commit to praying to do that, you see changes occuring.”

He now makes it a priority to always carry Scriptures with him, in order to give them away to someone else.

“You don’t know how long you’ll have with people, so you’ve always got resources with you. My wife, on one occasion, sat next to two guys on a plane. She dialogued with them for the five-hour flight and asked them if they wanted Luke's gospel to take with them. It’s being prepared to use the conversations to talk about real issues.”

Time is short, evangelism is urgent

With large ministries to mining communities, fly-in-fly-out workers, travelling farmers and seafarers whose boats could dock at ports for anywhere from three days to three months, there isn’t much time to beat around the bush.

“In Sydney, you can see someone next week, or make time to see them in the future. Here, you don’t have the luxury of that. A little while ago, a retired farmer came through town. He was really low and felt the urge to go to church. He came, and the minister and the congregation worked with him over three days and he came to faith.”

With enormous distances between communities in the region, and some towns being quite small, often the only resident minister is from the Anglican church. “We are the most consistent, biblically focused church. The word of God is proclaimed there.”

Being able to open church doors weekly (when health regulations allow it) means there is an opportunity every Sunday for travellers to hear the truth of the gospel.

“Unless you have a kingdom perspective in a mission-focused area, you will really go down the gurgler.”

God is building his kingdom

It’s hard to persevere when you can’t see the fruit, but there is great encouragement for those in the Diocese of North West Australia knowing that God is growing their efforts to extend his church worldwide. The hard work put into teaching and sharing the gospel benefits communities abroad. 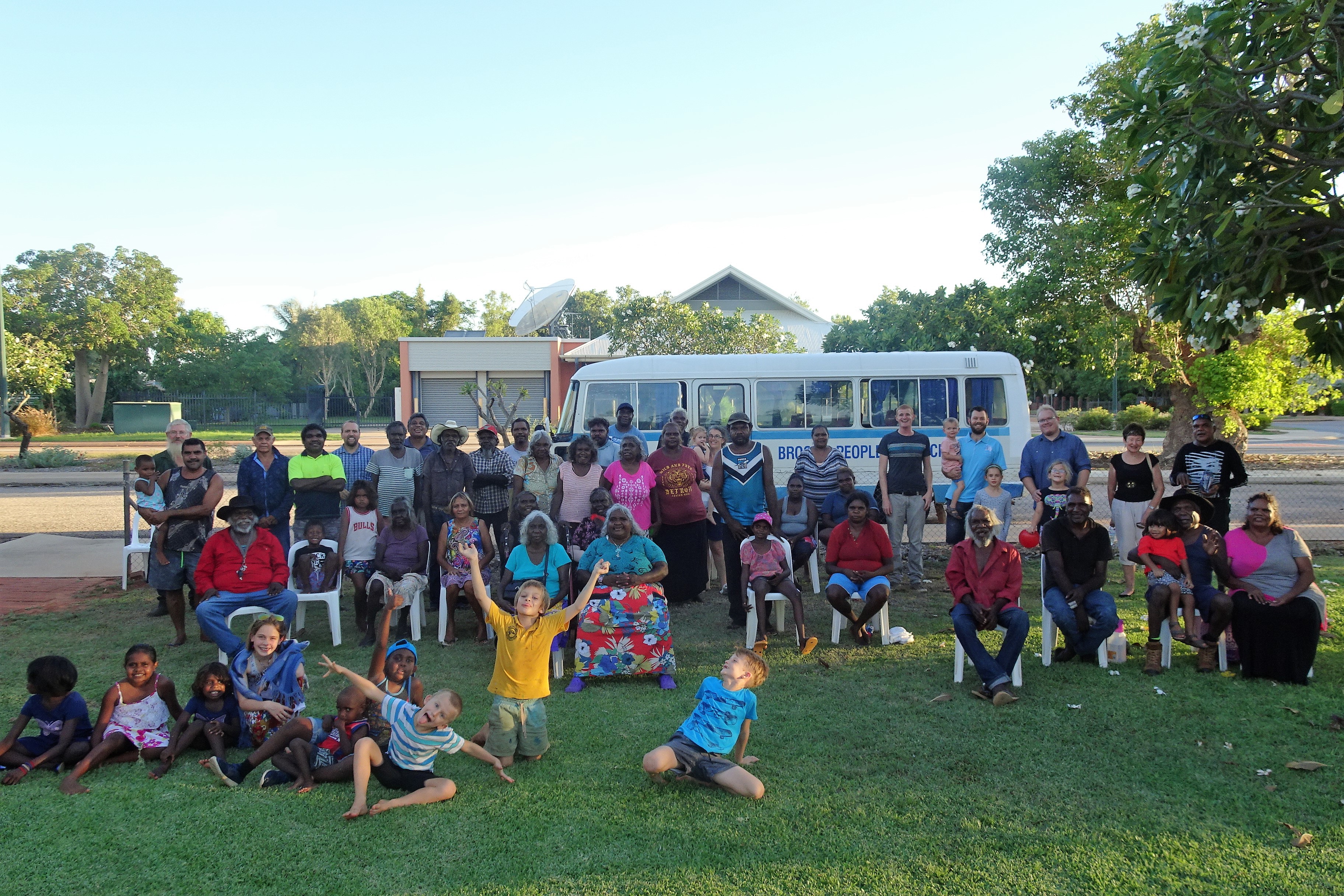 “Unless you have a kingdom perspective in a mission-focused area, you will really go down the gurgler,” Bishop Nelson says. “People who get converted through the Seafarers’ ministry are being sent back to churches in China, Philippines etc.

“It’s very hard to build bigger churches because of that constant flow of people. You’re constantly developing new relationships, you train and equip people knowing you won’t get the benefit of that.”

Christians need the support of other Christians

There are many other tough elements to ministry in this part of Australia. “Isolation with limited resourcing makes things very difficult,” the bishop says. “When someone has problems, it could be days, weeks or even a month before I can physically visit.

“There’s not the same choice of schools, or job potentials if you’re [a minister’s wife] thinking about working. You are a long way from family and friends. Weather conditions are harsher. It’s hot for most of the year, there’s cyclone danger and there’s the harsh red dust that gets into everything.

“You’re doing ministry in a context that is much harsher and it becomes draining. You drive for hundreds of kilometres without any phone reception, so you always travel with plenty of water, food, blankets and clothing just in case. It’s a very different world to live in, but there’s a beauty to it.”

Many pray and offer financial support to the North West from across Australia and the world. This provides a huge source of encouragement for those working for the Lord in these tough conditions and remote locations.

“We are thankful for some of the people who are keen to support the diocese,” Bishop Nelson says. “Please pray for our pastors, and for the recruiting of people. Pray for... people to see the vision and mission and ministry in North West Australia and to support it prayerfully and financially. There is a group in Bathurst that regularly meets to pray for us. We are so thankful for people like that.”

1.
Archbishop Davies writes about parish vacancies
2.
Why a mothers’ minister is the next strategic hire for your Church
3.
How do Sydney Anglicans answer the lawyer’s question?
4.
1400 people in 25 countries take part in MTS Recruit

Should Christians be opposed to vaccination?

Woman stabbed at Speakers’ Corner is revealed as Christian preacher