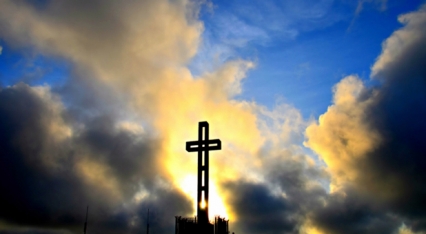 One of the surprising developments from the meeting of Primates of the Anglican Communion by the Archbishop of Canterbury last January was the announcement that Heads of Christian Churches are close to agreeing upon a fixed Sunday for Easter. This was a welcome piece of news, as the date of Easter, as every school child knows, is a moveable feast that either extends holidays at the end of term or provides a blessed holiday in the middle of the first term. In the Western Churches, predominantly Anglican and Roman Catholic, Easter Day can only fall on a Sunday between 22nd March and 25th April inclusive, as it is calculated as the first Sunday after the full moon following the Spring equinox (being the Autumnal equinox for us in the southern hemisphere). This formula was decided at the Council of Nicaea in ad 325 in order to distance the celebration of Easter from the Jewish calendar for Passover. Nonetheless, since the Eastern orthodox Churches use the older Julian calendar, as opposed to the Gregorian calendar, their Easter Day occurs on a different date, which adds further confusion for many.

As all Anglicans growing up with the Book of Common Prayer will know, one can calculate the date of Easter using the table of Golden Numbers printed at the beginning of the book, to which many a parent has referred a restless child to calculate the next Easter date in order to occupy their mind during church (or was that just my experience?). However, these days googling Easter for any particular year is a far quicker solution!

The idea of having a fixed date for Easter however, is not new. Many attempts have been made over the past millennium, but none has been successful. Even governments have sought to legislate change.  In 1929 both South Australia and Western Australia passed legislation setting Easter Day to the first Sunday after the second Saturday in April, following a Bill passed in the United Kingdom the previous year. However, the UK Act was never activated by official proclamation, nor was South Australia’s Act, while the WA Act did not come into effect as it was dependent upon the UK legislation coming into law. South Australia's Easter Act was only officially repealed in 1994.

The latest attempt, however, has been the initiative of the Coptic Pope, Tawadros II, whose gentle conversations over the past two years have borne fruit with Pope Francis, the Ecumenical Patriarch of Bartholomew of Constantinople and the Archbishop of Canterbury. When I was in Cairo last year, I had the opportunity through the invitation of Bishop Mouneer Anis of Egypt, to meet with Pope Tawadros II who indicated that his flock are often stigmatised or marginalised because they celebrate Easter at a different time from the promulgated date in those countries using the Gregorian calendar.

I was therefore delighted that the Anglican Primates could come to agreement on working towards a fixed date for Easter, though it will arguably be some five years before it eventuates, given the need for forward planning. At this stage it is most likely to be the second or third Sunday in April.

Naturally our celebration of Easter is more important than being too fussed by the actual date, since in one sense every Sunday is a celebration of the first day of the week, the day of resurrection. Yet I believe it will be of significant witness to the world if all Christians could unite together with a common date to celebrate the inauguration of the new aeon, the fulfilment of God’s promises to save his people, and the securing of our inheritance of eternal life, when Jesus rose from the dead and defeated death once and for all. Hallelujah!

Happy Easter to you all.