A former Sydney Anglican and key men's ministry founder has been awarded one of the top Australia Day honours. 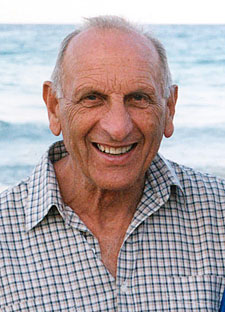 Harry Dibley was awarded the Medal (OAM) of the Order of Australia for his service to the community, particularly through the establishment of support groups for men through the Anglican Church.

The long-term member of St Paul’s, Castle Hill is the leader of Ministry to Men, which he established in 1986 while maintaining his job as a car salesman.

"I have now been financially supported full time by the generosity of Christians for over 19 years," Mr Dibley says.

"The fact that I am getting an award for doing this ministry is recognition and encouragement for all those who have supported Ministry to Men financially and worked with us in the ministry."

During the early 1990s Mr Dibley also helped set up "Out of the Trenches', a ministry for unemployed men.

"It was during the recession when men who lost their jobs were unemployed for months at a time. They lost their income, their social contacts and their self esteem," he says.

Mr Dibley has since established a similar group at the local Anglican church in Saratoga where he and Valerie now attend.

"Ever since I have been converted my desire has been that men might now Jesus as I do," he says.

Ministry to Men now runs three meetings, located in Castle Hill, Parramatta and Sydney City. The ministry has continued to operate independently of St Paul's, although the church still supports the Ministry to Men by printing its flyers and newsletters.

"Also, I cannot underestimate the support of my wife Valerie who has been an essential part of all aspects of the ministry." 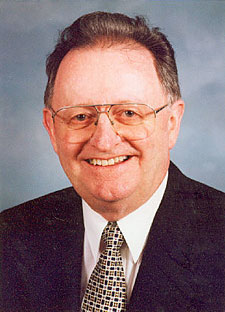 Former Sydney Diocese registrar Archdeacon Peter Smart was awarded the OAM for service to the Anglican Church of Australia through administrative, educational and ministry roles. Archdeacon Smart was assistant to both Archbishop Harry Goodhew and Archbishop Peter Jensen from 1997 to 2001.

Archdeacon Smart was also curate in charge of Christ Church, Lavender Bay from 1997 to 2001 and rector from 2002 until his retirement in 2006. He was also Illawarra Grammar School headmaster from 1989 to 1996 and Calrossy Girls’ School, Tamworth Principal from 1976 to 1988.

Archdeacon Smart says he is thankful that people nominated him for the award but he does not want to invest too much of himself into it.

"I felt pleased there were people who took the trouble to nominate me, but one wouldn't want to put too much store on receiving an award such as this. I look for a reward eternally," he says.

Archdeacon Smart says the award is recognition of the opportunities he has had to minister Australia-wide.

"I have had an interesting ministry since I was ordained in 1961, serving in city and country parishes. I've worked closely with the Archbishop and had the privilege of leading two Anglican schools. I have found all these things satisfying and rewarding," he says.

"I have found God has continued to faithfully care for me and those I love and care about. I have grown closer to the Lord and I have seen many people who have been brought into God's kingdom and nurtured in their journey of faith."

Other Sydney Anglicans honoured include the late Lady Nancy Fairfax who passed away on July 7, 2007.

Lady Fairfax, who was a long-term member of St Mark's, Darling Point was appointed an Officer (AO) of the Order of Australia for service to the community, particularly through philanthropic support of a range of organisations in the ethics, health, aged care, volunteering, church and arts sectors.

Lady Fairfax was also a patron and former president of Friends of St Mark’s until 2007. She was appointed an Officer of the Order of the British Empire in 1976 for her service to the community.

Professor Alexander Churches of St Matthias’ Centennial Park and member of the Chapter of St Andrew’s Cathedral, was awarded a Member of the Order of Australia (AM).

The award recognised Professor Churches’ service to engineering, particularly the promotion and development of mechanical design, as well as his contribution to education, and professional organisations.

Principal of the Danebank Anglican School for Girls since 1988 and St Paul's, Menai member Rosalyn Bird was also appointed an AM for her service to education, particularly for young women, and through support for professional organisations, and as a contributor to the independent schools’ sector.

Former general manager of diocesan services at Anglicare NSW Terry O'Mara was also appointed AM for his service to the community through public sector organisations and Anglicare in the areas of emergency management, disaster recovery and the provision of welfare services.

Other Sydney Anglicans awarded the OAM include former CMS Missionary to Groote Eylandt from 1975 to 2006, Dr Julie Waddy. She was awarded for her service to the community through linguistic and ethnobiological research of Indigenous culture on Groote Eylandt.

St Clement's, Mosman member and SCEGGS Redlands board of directors member Donald Goodsir was also awarded the OAM. He was awarded for his service to the community, particularly through environmental preservation and heritage organisations.

Year 13 gets bigger and better