A turning point in the history of Anglicanism

Sign up for relevant updates on Gafcon and updates from the worldwide Anglican Church. 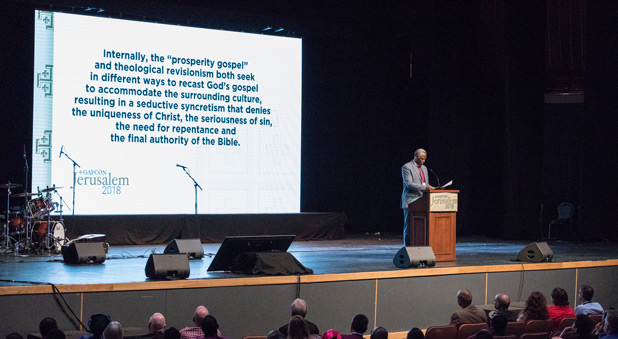 In order to answer that question, it is worth understanding the context in which this movement has arisen. The Anglican communion is a global fellowship of churches that shares a common heritage with the Church of England. Ministers and missionaries went out from England to proclaim the gospel and they established churches around the world according to the biblical doctrine and liturgy which was the bedrock of the English church. As the number of churches that shared this heritage increased, means were sought to demonstrate the fellowship of shared history, doctrine and mission. Four Instruments of Communion were established to facilitate fellowship. (1) The Archbishop of Canterbury, by leading the most ancient diocese in England (est. 597AD), was privileged to be charged with facilitating fellowship.

These four Instruments of Communion were not established to be the basis of unity among Anglicans,

(2) In 1867 Archbishop Longley held the first Lambeth Conference of Anglican bishops because many had raised concerns about false teaching in some churches. Although probably never originally intended to be a regular meeting, the Lambeth Conference began to be held every decade and became a source of fostering fellowship. 100 years later, two further Instruments were established so there could be more regular consultation. (3) In 1968, the Anglican Consultative Council was created to share wisdom and encourage members in mission. (4) In 1979 the first Anglican Communion Primates’ Meeting was held for leaders of large groups of dioceses (provinces) to meet and prayerfully discuss issues facing the churches. These four Instruments of Communion were not established to be the basis of unity among Anglicans, rather, they were developed to foster the international fellowship which arose from the existing unity of history, doctrine and mission. Three of the four Instruments are fairly novel in the history of Anglicanism, indeed, two have begun in living memory of most of the current bishops. They have no intrinsic value in and of themselves but are only valuable so long as they foster the fellowship in Christ which is the basis of the Anglican communion. 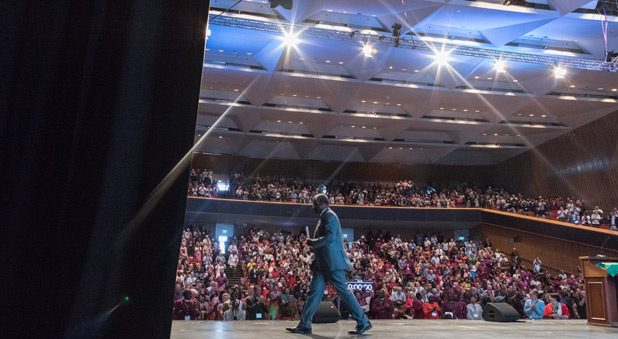 Unfortunately, towards the end of last century, some of the churches began to move away from the biblical and doctrinal basis of Anglican unity. At the 1998 Lambeth Conference these churches sought to validate their departure from scriptural norms by seeking the endorsement of the conference, particularly in relation to human sexuality. However, led by the then Archbishop of Canterbury, George Carey, the Lambeth Conference overwhelmingly rejected the heterodox suggestion and affirmed the biblical doctrine upon which Anglican unity had always been based. 1998 Lambeth Resolution 1.10 made clear that “in view of the teaching of Scripture” the conference upheld the Christian doctrine of “faithfulness in marriage between a man and a woman in lifelong union” and affirmed “abstinence is right for those not called to marriage”. In this Resolution the Instruments declared again the fellowship of global Anglicanism was rooted in biblical truth. For the schismatics this was an intolerable defeat and they went on to blatantly defy the Instruments of Communion. At this point, fellowship was tragically broken because the basis of fellowship was no longer shared

Making matters worse, as the new century commenced the Instruments of Communion began to behave as though they were the basis of Anglican unity. Rather than facilitating a fellowship based on the underlying unity of biblical doctrine as they had been designed, they included in their fellowship those who had rejected that doctrinal basis and rebelled against the previous resolutions in its favour. Furthermore, they would not include some faithful Anglicans who bravely chose to stand against the schismatics rejection of biblical Christianity. The rhetoric from those in authority declared that being Anglican amounted to “recognition” by the Archbishop of Canterbury and attending certain conferences rather than sharing in a common history, doctrine and mission. In taking this position the Instruments of Communion defaulted on their mandate and nullified their purpose. 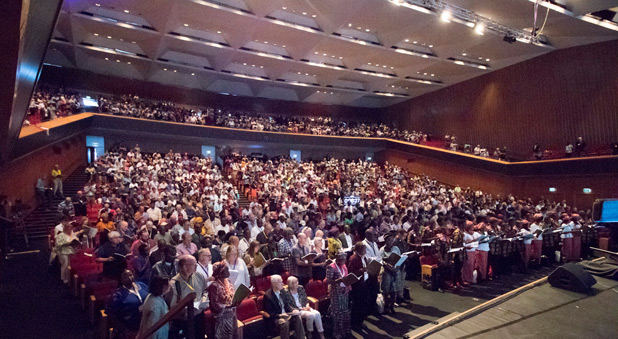 As the invitations went out for the 2008 Lambeth Conference, those who remained faithful to the biblical doctrines which were the basis of Anglican unity found the Instruments of Communion were being employed to condone fundamental disunity. By including schismatics in fellowship with orthodox Anglicans and claiming that unity was a result of attending the same conferences the Instruments of Communion had become a conceited phantasm.

GAFCON 2018 marks a significant turning point in the history of Anglicanism.

This was called out for the fallacy that it is and GAFCON was born. In 2008 the first GAFCON arrived at the Jerusalem Declaration which was a statement reaffirming what it means to be an orthodox Anglican. Paradoxically those who had betrayed the basis of Anglican unity began ridiculing the orthodox Anglicans as schismatics. Nevertheless, fidelity to the gospel compelled the GAFCON movement forward and a deep spiritual unity, the kind of unity the Instruments of Communion were supposed to foster, was cultivated. The GAFCON movement continued to call upon the Instruments of Communion to fulfil the mandate they had been created for. Unfortunately, in the decade since the first GAFCON there has been no indication that the Instruments of Communion will return from their usurpation of the basis of unity being in shared history, doctrine and mission. Rather, they continue to contend falsely that they are the basis of Anglican unity. 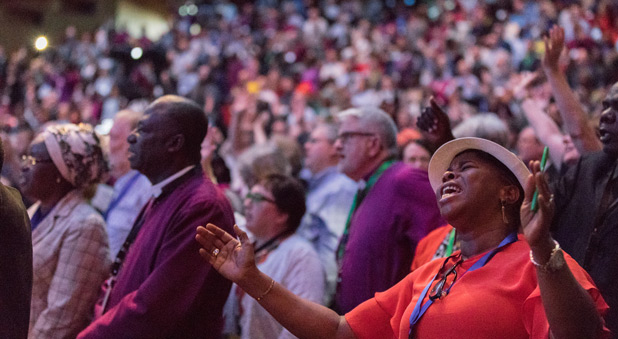 GAFCON 2018 marks a significant turning point in the history of Anglicanism. The conference was not only the largest international gathering of Anglicans in the last 50 years, it represented the majority of the Anglican Communion. In the final statement the movement reiterates its earlier calls for schismatics to submit to the authority of the Bible and the Instruments of Communion to return to the purposes they were established for. But the legacy of GAFCON 2018 will be more than a reiteration of orthodox Anglicanism and a call for schismatics to return. In a highly significant move the conference endorsed the establishment of several networks which will foster the fellowship between Anglicans who share a unity of history, doctrine and mission. Nine networks were established including networks for theological education, youth and children’s ministry and all importantly, mission and evangelism. In this way, GAFCON 2018 has effectively declared that the mission of the church is too urgent and important to indefinitely wait for errant churches and corrupt fellowship structures to fulfil their original purposes. These new global networks will deepen the fellowship and expand the mission of those who share unity in Christ.

...the fellowship and unity of global Anglicanism will grow as the majority of the church get on with mission..

Under God, the new communion structures that GAFCON has endorsed hold great promise and there is good reason to be hopeful about the future of Anglicanism. Of course, it is desired that the original Instruments and the errant churches will return to their purpose, but now whether they do or not is quite irrelevant to the future of global Anglicanism. Some within the GAFCON movement, out of love, will continue to engage with the old structures and call for repentance. Others will see participation as a validation of a false fellowship and will choose to not be involved. Either way, the fellowship and unity of global Anglicanism will grow as the majority of the church get on with mission and partner in the gospel through the newly established networks. 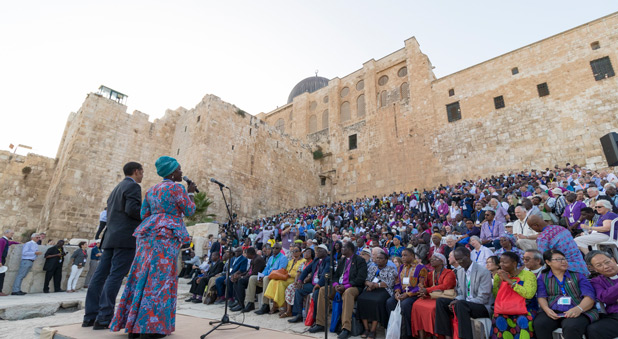 Those familiar with the history of the fourth century will know that the struggle for upholding orthodox truth did not end with the Council of Nicaea. Indeed, bishops like Athanasius spent the rest of their lives contending for the doctrine that had been agreed to. But Nicaea was a significant turning point. Not only was biblical truth upheld but a creed was agreed upon which would propagate that truth through the churches. Similarly, those in the GAFCON movement will need to continue contending for the truth but I think it is fair to call this a significant turning point. Not only has biblical truth been upheld, now a means of deepening the fellowship of those who are united in sharing that truth with a lost world has also been established. The Apostle Paul thanked God for partnership in the gospel—GAFCON 2018 is a cause for great thankfulness to God. 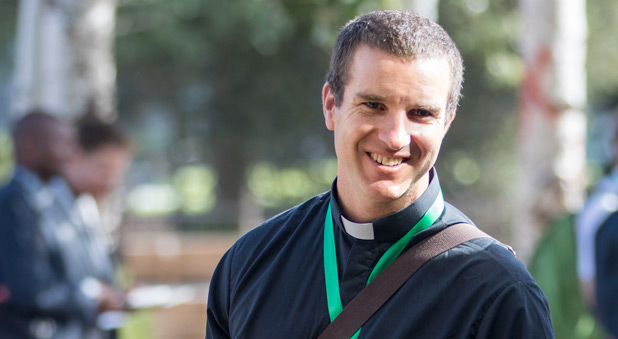 The eyes of faith