Binding rules on all clergy and church workers have been passed during a debate on child protection at the Anglican Church of Australia Synod, meeting this week in Queensland.

Mr Blake, from Sydney, called it "a seminal moment for the Anglican Church because the rules were binding for the first time and because the church would be publicly accountable."

The legislation, the Safe Ministry to Children Canon, passed unanimously.

Earlier, the Synod had been addressed by Robert Fitzgerald, one of the Commissioners of the Royal Commission into Institutional Responses to Child Sexual Abuse.

He called for a clear response from the Synod members, saying "we obviously hope that this church can be a leader among religious institutions" in responding to the problem of child abuse.

The synod, meeting on Queensland's Sunshine Coast until Friday, will also consider the issue of redress for survivors of child abuse.

Earlier, the Primate Archbishop Philip Freier renewed an apology to survivors and their families.

"Anglicans have been truly shocked and dismayed at the unfolding in the Royal Commission of the scope of our failure to tackle child sexual abuse within the Church and the depth of survivors’ pain and suffering" the Archbishop said. "We are deeply ashamed of the many ways in which we have let down survivors, both in the way we have acted and the way we have failed to act."

"We are grateful to the Royal Commission for bringing survivors’ voices to the forefront, for helping drive us to refine our policies and procedures, and for guiding us towards national solutions."

At the next day's session, the Synod voted to establish an independent company to handle complaints and compensation to abuse survivors. Such a move enables the church to participate in the Commonwealth redress scheme when it is announced.

Legislation to establish a Federal Government scheme is expected this month. 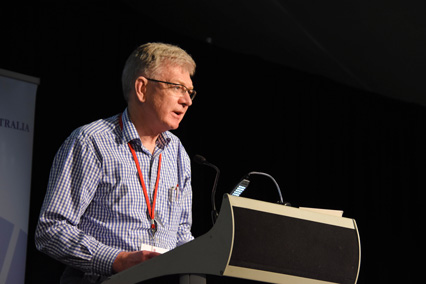 Garth Blake SC, (pictured) who led the national church working group with the Royal Commission, told the synod that the church needed to face its moral responsibility, including financial consequences, to the survivors of child sexual abuse.

He said the Anglican Church had paid more than $30 million to victims so far, but the financial commitment required next would be much greater than that.

“It will cause significant pain and hardship, but nonetheless is the right thing to do. We will be paying for a long time to come for the sins of our fathers and of our colleagues,” Mr Blake said.