The numbers below the surface of COVID-19

Numbers have taken on a new meaning over the past few months. Every morning, we hear how many new confirmed cases of COVID there have been. We study how our curve is tracking compared to other curves. We hear about job loss and death rates.

But there are other numbers, below the surface, that tell us more about where we are as a community, and where we might be at the end of this.

Australia has the highest gamblig losses per head in the world, but with close to 200,000 poker machines unplayed since March 23, $1 billion in gambling losses has been saved, according to the Alliance for Gambling Reform.

This has helped many families and individuals take a break, with hopes that it gives them a real chance of breaking the addiction cycle.

2. A third of Australians are concerned about their increase in drinking

A recent poll conducted by YouGov Galaxy and commissioned by the Foundation for Alcohol Research and education showed that a third of Australians are concerned about their own drinking or that of or someone in their household.

The poll revealed 70% of us are drinking more alcohol than normal, with a third drinking daily. We’ve all seen the memes about using alcohol to take the edge off, but it’s a sobering statistic that could have wider ramifications.

You Version statistics reflect this increase, with 1.4 million prayers created since it launched a new prayer function in March. We saw similar statistics during the bushfire season and it’s a reminder of our powerful God. If you are looking for something to pray, take a look at our COVID prayers for leaders, health workers and community.

4. Global searches for “How can I help” have significantly increased

We are all in this together, impacted in different ways, but with a common interest. A few weeks ago, amidt the rush on toilet paper and groceries, with Bondi Beach still full of people, it was easy to think the pandemic had simply amplified our own personal selfishness. 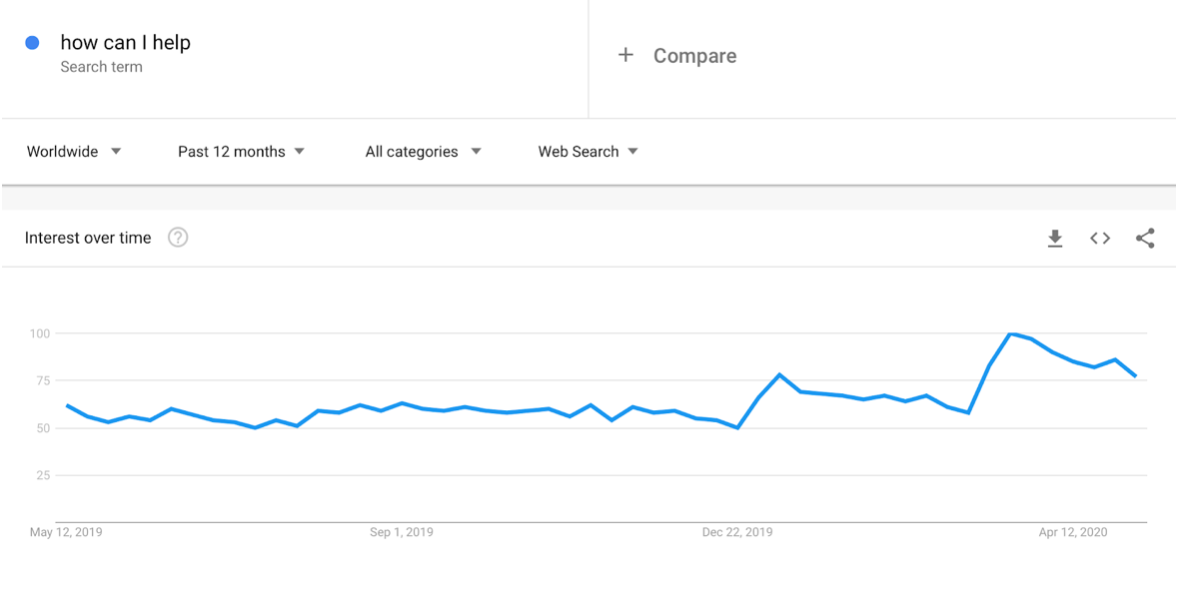 But we have seen people choosing to act for the benefit of their neighbours. From the Churches caring for people they’ve never met to those providing meals amidst unprecedented demand.

5. Thousands heard the gospel at Easter

Archbishop Glenn Davies broadcast an Easter Day celebration to 22,000 people. Sydney Anglicans arranged a deal with 9Gem to broadcast a service from St Andrew’s Cathedral and Dean Kanishka Raffel  proclaimed Christ via the free-to-airwaves across the whole nation. Many Churches also ran their own services.

Our current circumstances have us reflecting on the power of numbers. It’s exciting to see the curve going down and to track cases, and it’s helpful to learn more about how Australians are responding. And, as Christians, we have the promise of another number so big we cannot count: a great multitude, praising our God together.

1.
How a doctor wants us to pray as COVID-19 restrictions ease
2.
Anglicare braces itself for reductions to JobSeeker
3.
Musicians rising to the challenge
4.
Restrictions easing for churches, with promise of more

“I couldn’t have done it alone”: Ten years of infertility, seven miscarriages, three rounds of IVF

Preparing a marriage to withstand a pandemic