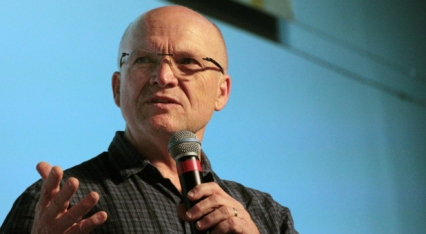 The Archbishop of Sydney, Dr Glenn Davies, has announced the appointment of Canon Malcolm Richards as the new Bishop for International Relations.

Canon Richards will take over from Bishop Peter Tasker who has held the position since its inauguration ten years ago. Bishop Tasker has represented the Archbishop at consecrations, conferences, and made pastoral visits across the globe since 2009.

“This is a vital role, through which we in Sydney can express support for gospel ministry and Episcopal collegiality with leaders throughout Africa, Asia, South America and the rest of the world,” Archbishop Davies said. “Canon Richards has a special passion for seeing the gospel grow and strengthening the mission of churches in the developing world.”

Canon Richards has been General Secretary of the Church Missionary Society – NSW & ACT for the past eight years and prior to that he and his wife Elizabeth served as missionaries in the Democratic Republic of Congo. He is fluent in Swahili and French.

“It is exciting for me to be invited by the Archbishop to work alongside him, building on the work that Bishop Tasker began as the Archbishop of Sydney’s Bishop for International Relations,” the bishop-elect said. “Although I leave my role at CMS, I am still committed to seeing a world that knows Jesus.”

The announcement follows the Synod urging the Archbishop to finalise a long-term appointment for the role.

In a vote of approval, Standing Committee thanked Bishop Tasker for ‘his industrious ministry in this role as he has travelled extensively to develop and maintain close personal relationships with Diocesan Bishops and others in various provinces, especially in Asia and Africa.’ It also paid tribute to Bishop Tasker’s wife, Joan, for the support she has given her husband as he has undertaken these tasks, often involving extensive travel in difficult circumstances and considerable absences from home.

As well as the role of Bishop for International Relations, Moore College has announced Canon Richards will take up a parallel appointment as the Director of the Centre for Global Mission.

The announcement from the College said the appointment would allow Moore College to improve and expand the resources and support that it can offer partner institutions in the developing world.

Canon Richards will be consecrated at St Andrew’s Cathedral on Saturday, 6th July at 10.30 am.