And so it begins

The four nominees for the election of the next Archbishop of Sydney sat quietly in the public gallery as the Election Synod got underway and after the results of the first round of voting were announced on Wednesday, the nominees were down to two.

The first session, which was the only session open to the public, included a Bible study by Canon Simon Manchester and an address by the Synod President, Bishop Peter Lin.

These are not distant mission fields we may or may not choose to support. This is our own backyard. 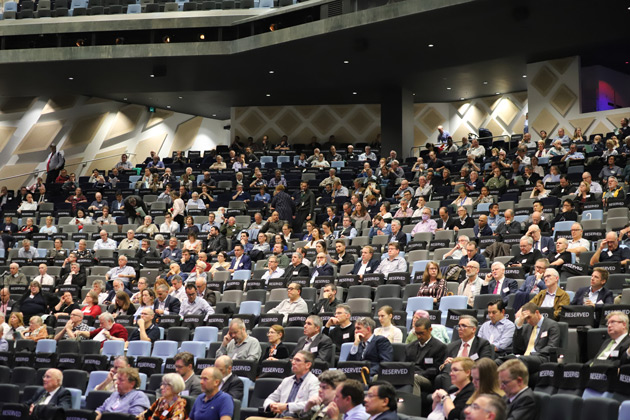 Bishop Lin outlined five areas where the next Archbishop would have a significant role, leading the church through difficult times in society, with the National Church, and in pastoral ministry. (Download the PDF of the Presidential Address)

But it was the changing face of Sydney, which Bishop Lin said was an urgent priority for the next Anglican leader.

"It is no secret that the city is going through massive, infrastructural changes. This has become necessary due to the rapid population increase that will see more than 8 million residents in the Diocese by 2056, if not sooner: 1.5 million more people by 2036, another 1.6 million by 2056. 50% of the growth will be in new land release areas – with the largest portion of these being housed in Western, North Western and South Western Sydney." 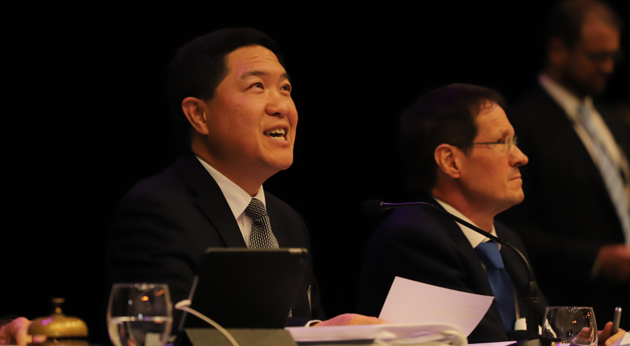 Bishop Lin cited the new city of Bradfield, which will be located next to Sydney’s second airport at Badgery's Creek. "Size-wise, this city will be in the order of 1.5 million people. There will be over 300,000 people moving into just the immediate area around the new airport." the Bishop said. "We currently have 3 churches available for those 300,000 people."

"The growth is tremendous and so, therefore, is the responsibility. These are not distant mission fields we may or may not choose to support. This is our own backyard. They have been entrusted to us as a Diocese. Or if I may push the analogy further, this is our front yard as hundreds of thousands of people come in the gate. The question is, will they have a door to walk into?"

"The urgency is that the plan and the initial implementation of securing land needs to happen under the next Archbishop. The future churches we have out there will be determined under the leadership of the Archbishop we elect this week. What happens in these and other growth areas will be our legacy, for good or ill. It is not up to one man. It is all our responsibility. But our era and the legacy we leave will be known by the Archbishop of the day."

With a quick glance to the public gallery above, Bishop Lin added "No pressure gentlemen." 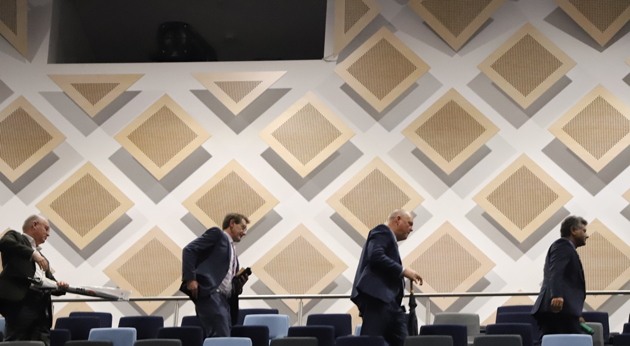 The gentlemen under pressure then left the auditorium and now the election process begins in closed session. To allow delegates to continue their deliberations in private, sydneyanglicans.net will not report until there is an announcement.  The International Convention Centre is booked until Friday to allow the Synod delegates to come to a prayerful, and significant, decision.

Update: At midday Wednesday, the Diocesan Secretary announced the result of the first vote on Tuesday night. Only two nominees proceeded to the select list, Dean Kanishka Raffel and Bishop Michael Stead. The announcement is here.

1.
Archbishop Davies writes about parish vacancies
2.
How youth ministry has changed, yet stayed the same, in 30 years
3.
Younger rectors working together to reach the mountains
4.
1400 people in 25 countries take part in MTS Recruit

The future is face-to-face

Masks on and no singing in churches