When a classic children’s book receives an onscreen reboot, it’s usually something to look forward to. However, enthusiasm for this new version of Frances Hodgson Burnett’s The Secret Garden may well depend on whether audience members have read the book – or whether they mind the filmmakers changing the central point of the story for the sake of magic.

Rather than the children in the story working together to bring the garden back to life – and learning to overcome sickness, sorrow and loneliness through helping and supporting each other – the garden itself has the power to create life and healing without anyone lifting a finger. Shazam!

It’s not the first time this kind of thing has happened with a Burnett book adaptation. The 1995 film A Little Princess turned the source material’s lessons about kindness, care for others and looking beyond the superficial into an onscreen magic show.

But let’s go back to the beginning. The film opens with Mary Lennox (Dixie Egerickx) being orphaned in India after both her parents die of cholera. Although the setting has moved from the start of the 20th century to post-World War II, the end point is the same: she is shipped off to Misselthwaite Manor in Yorkshire, the home of her reclusive uncle Archibald Craven (Colin Firth).

Craven is depressed and insular, still mourning the death of his wife years earlier. Misselthwaite has taken on the hue of his heart, and as such is almost Gothic in its bleakness. Most shots inside the mansion reinforce this – as though any life and joy in the place has been sucked out by his wife’s death. 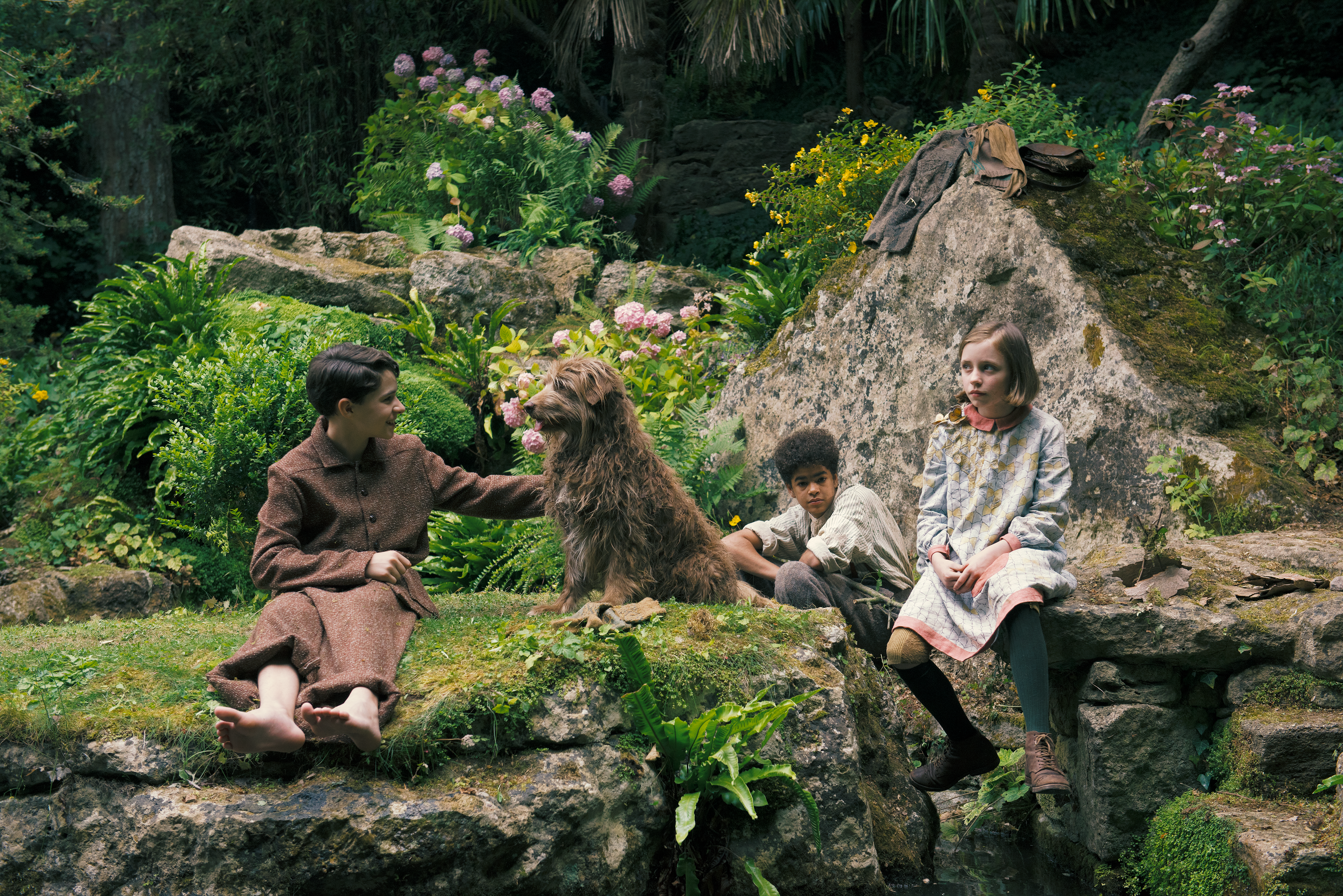 As a result, a spoiled but very lonely Mary is left pretty much to herself. She spends most days exploring or imagining and discovers the secret garden by following a scruffy dog and a friendly robin.

However, what she finds isn’t a simple walled enclave but a vast semi-wilderness of woods, water, ruins and flowering plants that, thanks to CGI, is stunningly beautiful. It’s also full of the colour and light missing in the manor, except in the rooms Mary stumbles upon that belonged to her aunt, and the faded wallpaper her imagination brings to life.

Perhaps the original message in The Secret Garden is considered too tame in an era of Marvel superheroes, computer games and things that blow up?

While exploring, she also finds another resident in the manor: her cousin Colin. A miserable, bed-bound boy virtually ignored by his father, Colin is just as lonely as Mary – and fully expects to die soon. Keen to share her discoveries, Mary hauls her unwilling cousin into a wheelchair to show him his mother’s room, and of course the garden.

There’s no doubt the garden is the main character; everyone else is the supporting cast. And it isn’t simply a rundown place of happy memories, where more can be created if it is nurtured and restored. It is a beautiful, magical storehouse, ready to work on a family that desperately needs healing and love.

It’s an odd way to make use of the book. Perhaps the original message in The Secret Garden is considered too tame in an era of Marvel superheroes, computer games and things that blow up? Or the filmmakers felt children needed supernatural escapism in a world that’s so much more complicated than they or any parent would wish?

We all need rescue

Of course, we all need rescue and healing – as events of the past year have highlighted only too clearly. And we know we can’t provide what we need through our own efforts. Yet while the characters in The Secret Garden receive the benefit of the garden’s magic without being deserving of it, it’s an Eden that is its own master.

The central characters are certainly challenged by their grief and fear, their need for love, and the difficulty in overcoming this lack. But what and how they learn and grow seems irrelevant to the story. It rushes with disappointing speed past the attitude changes in Mary and Colin, and the friendship and trust that develops between them and local lad Dickon. The change in Mr Craven is also presented in a pretty unsatisfying way.

I wanted to like this, and it’s a lovely looking film (although some scenes will scare small children). Yet while it is beautifully shot, well-acted and keeps you happy enough while you watch, once it’s over you don’t feel any great desire to return to the garden.

1.
[Review] The Bible: A Brick Film
2.
What makes Obama’s Becoming so powerful?
3.
Same Kind Of Different As Me is a true story of homelessness, and home
4.
After reading Patricia Weerakoon’s new book, I’m ready to have the sex talk