Ministers share how their congregations have encouraged them in 2020

Do you want to know what encourages your minister? You – the congregation - do. Seriously, you do.

As 2020 winds down, we talked to a number of rectors across the Diocese about what has encouraged them this year – and while there were a vast range of answers and examples, the responses always had one thing in common: the people.

For the Rev Martin Morgan at Bondi-Waverley, the list of encouragements is long, but simple. It was the initiative congregation members took to ring others and care for them during lockdown, or practice hospitality once they were able to. It was recognising the staff needed extra support. It was looking for ways they could serve and doing it.

“[In lockdown] I started mowing the lawns every six weeks or so,” he says. “A guy in the congregation saw me, didn’t say anything about it, but the next time I went to do it everything was already mown, and the edges done.

“I thought, ‘What’s happened here?’ He didn’t tell me – he still hasn’t – but another lady told me, and that was particularly encouraging. I’m happy to do it, I’m here to serve, but he saw me doing it and thought, ‘Martin doesn’t need to do that’. And rather than saying, ‘Someone needs to organise to do this’ he just did it himself. That’s true gospel generosity.”

‘Let’s get on with it for Jesus’

Parishioners at Dee Why also cared for the Rev Steven Salmon in the same way. While an area near the rectory was being transformed into a car park during lockdown, congregation members took the opportunity to upgrade and replant whole sections of the rectory garden.

“They really worked terribly hard – I was amazed at what they achieved,” he says, adding that efforts to encourage the staff and each other began the day people were told the church was being closed due to COVID.

“No one was upset or angry – they were very supportive,” he says. “They said they’d be praying for us and praying together with the parish when we would normally meet, so that was a great encouragement right at the start. I was really proud of the way that people have kept in touch with each other and cared for each other, identified needs and met them.”

Everything that came up they would just do it – they’d say, ‘Let’s get on with it for Jesus’.”

Mr Salmon says that throughout the period when services couldn’t be held, a staff member would ring the church bell at the time for Morning Prayer and Evening Prayer, as well as at midday for prayers and readings based on the gospels. 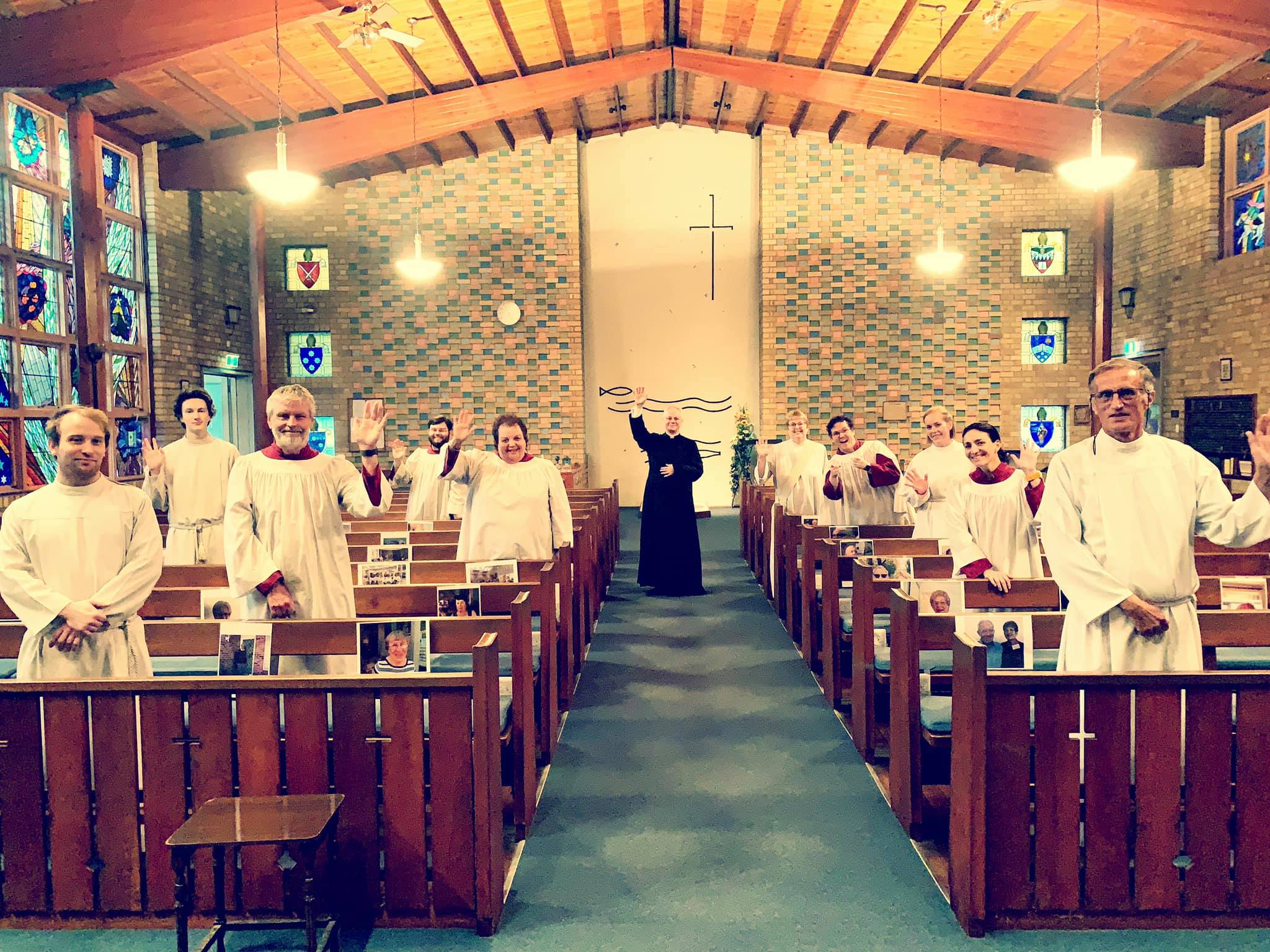 “People were aware that we would ring the bell at that time and would join in from home using the prayer books,” he says. “Our [non-churchgoing] neighbours also sometimes sent us messages saying they knew we were praying.”

He adds that those involved in services during the shutdown “really felt the absence of the congregation. So, people sent in selfies and we put them in the pews where they would normally sit... It made a huge difference in this big, empty church where we missed everyone so much to at least have the photographic representation they had sent, so we knew they were with us!”

Down south at the Berkeley Life Centre in the Illawarra the encouragement for pastor the Rev Wayne Pickford has been the servant-heartedness of his congregation.

“This is a socially disadvantaged area and the people have really got out to help others,” he says. “It’s been a hard time, but my people have been able to get more bread to give out, our church has grown through this and that’s only through the people and their witness. Everything that came up they would just do it – they’d say, ‘Let’s get on with it for Jesus’.”

Mr Pickford says a benefit of COVID was the need to rely totally on God. The church’s op shop, which is a local care hub, has flourished despite receiving no rental support during the period it had to close its doors.

The owners of a local furniture store gave the church $5000 “because they saw what we were doing in the community”. Staff at a bread shop keen to give unsold bread rang the church – on the council’s recommendation, because of the example set by church members. Volunteers now collect this bread three days a week, spending a good deal of time packing it up for the freezer, ready to give to needy locals. 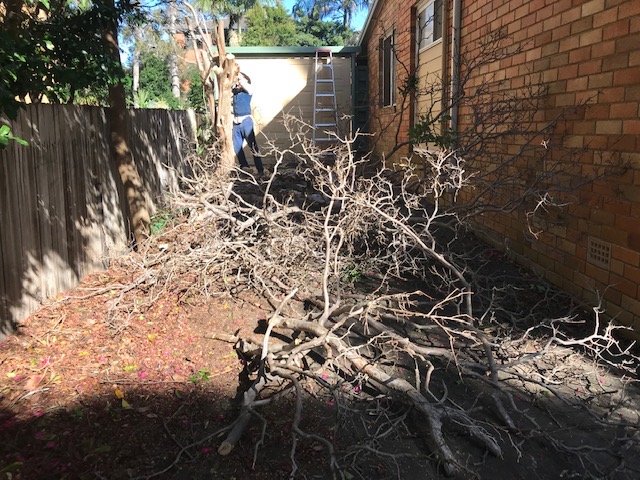 “The people at Berkeley have been really encouraging me just with their commitment and caring about other people,” Mr Pickford says. “Frees me up to talk the Jesus deal!”

The Rev Dougal Michie at Dural points to his congregation’s willingness to put themselves out, and care for each other, as a tremendous encouragement. There are the tech guys who made the online services happen week in, week out for months; people who invited non-churchgoing neighbours over to watch church; growth group leaders who made sure their people were connected; people who checked in with him and other staff to see how they were doing, “even bringing over dinner unannounced, recognising that we were under unique strain”.

“For us as a ministry team it was hugely encouraging watching God's people in action.”

Then there were the many parishioners who willingly – though not without trepidation – took part in panel discussions following the sermon each week at online church.

“Some of them were nervous but they did it anyway. And it was terrific,” Mr Michie says. “Not only did this highlight the rich depth of Christian experience across our church, it also introduced people to one another in a whole new way. We ran these panel discussions every week for six months and it was brilliant.

“For us as a ministry team it was hugely encouraging watching God's people in action – and they did a fantastic job.”

At Granville, the Rev Canon David Wong speaks with joy about how members have spent more time and effort in church ministry – from visiting parishioners at home to praying with others over the fence. People also made sure the needs of the community didn’t suffer, coming together from Granville’s English and Chinese-speaking congregations to serve locals through their Anglicare mobile pantry. Others made sure to transfer their giving online, so parish ministry could continue unaffected.

“I think we appreciate fellowship more – rather than just come to church, finish our worship and go,” he says. “Now we realise it’s so important to come together physically... It’s not just activities in the church but more like a family.

“Our church is a multicultural congregation... but we are one parish, whether you worship in English or Chinese, and I think people appreciate that when we work and serve together, that makes us feel that we are one.”

In the Southern Highlands parish of Robertson, the Rev Graham Thomas has nothing but praise for the members of his church who started an evening congregation, so it was possible for everyone to meet together each Sunday as churches reopened.

“The willingness of people to do that was so encouraging,” he says. “A lot of those families have really missed the 10amers but they’ve taken one for the team so we could keep meeting. Also, people sending the odd text message saying, ‘Thank you’ for what I’ve been doing, that’s been really lovely.

“People can get in a rut, and they can forget – not just to encourage the minister, they forget to encourage each other and I’m more concerned by that! Little things go a long way for people: a little note, a phone call.

“But a great encouragement for everyone, and for the minister, is just to keep coming. Commit to church every week. I’m sure every minister would say the same thing!”

"a great encouragement for everyone, and for the minister, is just to keep coming."

Three ways to delight in the Lord

Welcomed changes to restrictions in NSW

PA to Head of Middle School/Director of Professional Learning