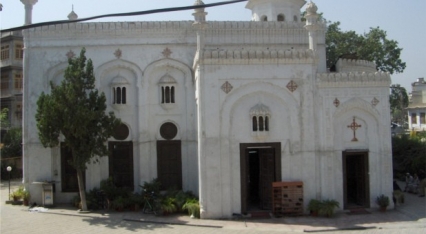 Potentially hundreds of people have been killed in a suicide bombing attack against an Anglican church in the Pakistani border city of Peshawar, according to local sources.

The pair of bombers, linked to the Taliban, detonated their explosives at the historic All Saints’ Anglican Church. The bombers, reportedly dressed as police, struck while the congregation was having their traditional rice meal in the churchyard after the service. A number of children were among the dead.

Siddique Paul, a church planter working with the Diocese of Sydney in the Georges River Region – and the first legally recognised Pakistani convert to Christianity – says he still has a strong relationship with churches in Pakistan.

He says that while, at the time of writing, the Pakistani Government has placed the official death toll at around 85, the story coming from Christians in Peshawar is that the number of dead is much higher, potentially reaching as many as 200 dead, with a further 120 injured.

“I asked the evangelists and pastors who are actually involved with the families, and they reported to me that the number Pakistani TV and other media are saying is not accurate,” Mr Paul says. “It is nearer to approximately two hundred.”

Mr Paul himself has visited All Saints’ on four occasions and worked with many of the people there.

“We’re very sad, really,” he says. “We talked to families– we are very much grieved. Last night we spent praying. We will have a meeting with the Pakistani people, and on Friday, we will have a Bible study… We are going to celebrate a day of prayer for the martyrs of Peshawar, as well as Holy Communion.”

Western media have previously reported police as saying that about 350 members of the All Saints’ congregation were present in the church at the time of the blasts.

One of the dead was a man named Naeem Ghouri, who Mr Paul served with while in Pakistan. Mr Paul says Mr Ghouri and his entire family were killed in the blasts. A youth worker at the church, Insar, lost his two children. Evangelists in the area are already working to help the survivors, and Mr Paul says members of his own church in Pakistan,  the Gate For Nations Church Pakistan, will head to Peshawar fact-finding, as well as to see how best to serve in the aftermath of the attack.

“There is a burden on our hearts,” he says. “If we are not able to support the 200 people now, we can at least get the hand of one child, one sister or brother in a whole family, and we can really support them in their treatment, rehabilitation and education. That would be great.”

The Archbishop of Sydney’s Anglican Aid has sent emergency aid to the congregation and Archbishop Davies has written to the Bishop of Peshawar, the Rt Rev Humphrey Peters, expressing shock and saying, “The cost of the Christian witness in Pakistan is so very different from the stable social environment in which we live in Australia”.

The attack came one year after a Lutheran church in nearby Mardan was burned down in protest at a movie about the prophet Muhammad, even though local Christians had condemned the film.

Image: The All Saint's Anglican Church in Peshawar. From the church Facebook page.