Ron Hall (Greg Kinnear) is not a great guy. He really isn’t.

A wealthy art dealer, married with two teenage children, he’s got it all. Except he doesn’t. He has a massive Texas home, two Mercs in the garage, a flash job and all the perks, but he’s selfish, thoughtless and disconnected from all the things that should matter most.

Work comes before family, so his relationship with his wife Debbie (Renee Zellweger) is polite but distant; his daughter calls it “your life, not mine”; and he’s having an affair. So, really, his life is a mess, and he just hasn’t figured that out yet.

Same Kind Of Different As Me is based on a true story – and a bestselling book of the same name – by Ron Hall and Denver Moore, who are two-thirds of an unlikely trio brought together by infidelity, love, faith, loss and redemption. 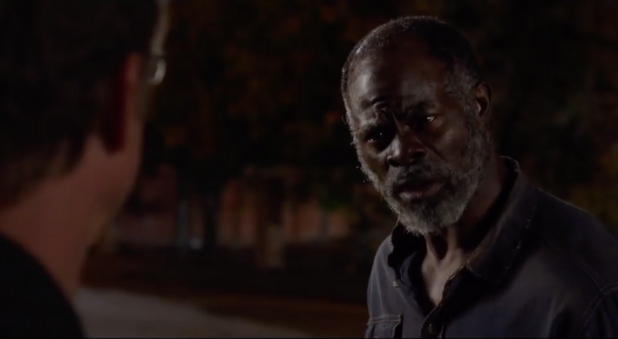 The film is solidly Christian, yet more nuanced and gentle than the book, so perhaps more likely to resonate with non-Christian friends and family. It will certainly provide plenty of food for thought and discussion, whether you have faith or not.

It will certainly provide plenty of food for thought and discussion, whether you have faith or not.

Debbie’s response to her husband’s adultery is extraordinary. Yes, there’s a heck of an argument when he admits to it, but afterward she rings up the other woman to forgive her – saying that if she and Ron can remember how to love each other, she won’t be hearing from him again. We never meet the other woman and never know her name, because that’s not what is important.

As part of his apology, Ron explains in voiceover, Debbie “was going to make me pay with my hands” at a gospel mission she’s involved with in a seedy part of town. When they first go there together, he’s worried about the car, but she’s concerned about cooking for and serving the homeless. He’s worried about his work, and germs, and criminals… but she refuses to let him simply write a cheque and leave.

It’s here that they meet “Suicide” (Djimon Hounsou), otherwise known as Denver Moore, a seemingly wild man who Debbie has seen in her dreams: “a poor wise man who changes the city”. But how could a violent, suspicious, illiterate homeless man change anything? And how on earth can they possibly get close to him?

Jesus tells us that nothing is impossible for God; Same Kind Of Different As Me reminds us to believe it.

If this story wasn’t real, you’d roll your eyes in disbelief over what happens to the characters in the film in terms of faith, suffering and rescue. Jesus tells us that nothing is impossible for God; Same Kind Of Different As Me reminds us to believe it. 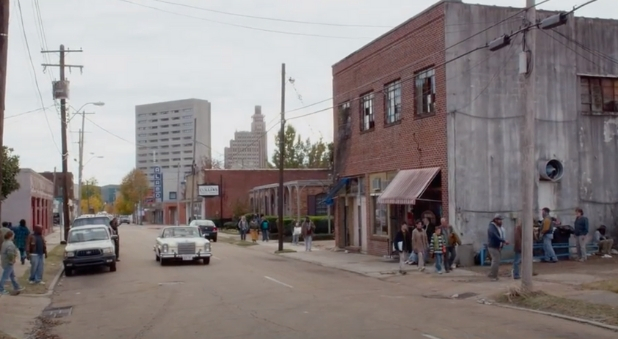 The pace of the film does drag at times, which is a pity – a bit of an edit would have helped enormously. However, Hounsou is spellbinding as Denver, and Jon Voight has an excellent cameo as Ron’s heavy-drinking father Earl. Greg Kinnear’s performance as Ron is a bit patchy, and Zellweger’s portrayal is also a little too restrained. But then, it must be hard to portray someone who seems too saint-like to be true, as Debbie cares for the homeless with seemingly boundless love and compassion, and their lives begin to change.

“God is in the recycling business of turning trash into treasure.”

Ron Hall has made it clear the story is in no way about a rich guy rescuing a homeless man, as he has said it was Denver who rescued him and “taught me the way to live”. Denver does indeed become the wise man of Debbie’s dream, reminding those around him that “God is in the recycling business of turning trash into treasure”, and “We is all homeless… just working our way back home”.

Importantly, Same Kind of Different As Me shows the invaluable treasure of each human life. Homeless, adulterer, housewife, drunkard – educated or not, rich or poor, black or white, “good” or “bad”. All of us are equally loved, and equally redeemed. And thank God for that.

Same Kind of Different As Me will be available online until June 14. Those who buy a premiere pass ($11.99 single/27.99 family) get access to the film for 48 hours. A portion of each pass sold will be given to The Salvation Army’s Red Shield Appeal.

1.
Reminders of God’s goodness and grace
2.
[Review] Where is God in a Coronavirus World?
3.
Worthy of an Emmy or dangerous to our teens?
4.
[Review] Rise points to a glory far beyond what the world can offer