Trusting in God in drought 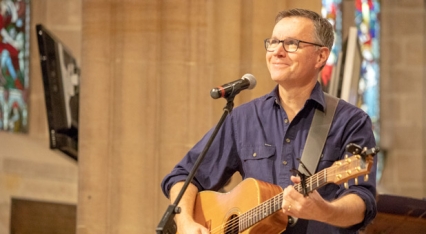 “Be strong and courageous” sang Colin Buchanan but the words of one of his most famous kids’ songs were being applied to all ages as St Andrew’s Cathedral filled with people wanting to pray for an end to the worst drought for more than a century.

The singer’s poignant songs about the Australian bush, farmers and faith hit the right note as the Father's Day (Sept 2nd) congregation was told of the struggles of those living and working in rural and remote areas of New South Wales. 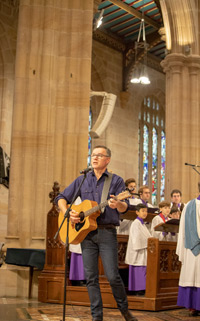 “We’ve gathered to pray for rain. We’ve gathered to show solidarity to our neighbours on the land in their distress and to pray - for God is the creator of all that is,” said the Dean, Kanishka Raffel. “The Lord is near to all who call on him.”

The congregation, in the centre of Australia’s largest city, heard an ABC Landline report which said urban areas were only just awakening to the devastation wrought on parched areas of Australia.

Archbishop Glenn Davies, who activated the Anglican Aid drought appeal last month, preached and wrote the prayer for rain used at the start of the service. 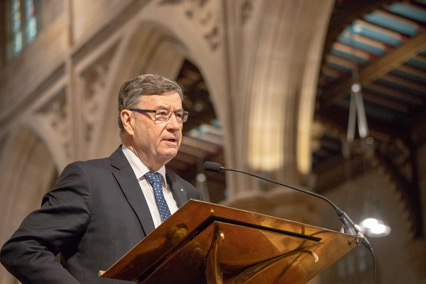 “Our heavenly Father, we acknowledge our ingratitude when we have taken your goodness for granted, when the heaven has poured forth rain and the earth has produced its fruit. Yet now we cry to you for help, as the drought in New South Wales deepens.” the prayer reads. “Have mercy on our land; have mercy on the people of the land.  May your bountiful hand send forth rain upon our parched earth. Fulfil your promises that while the earth remains, seedtime and harvest shall not cease, so that those in remote and rural areas may find relief from their distress and glorify your name for the provision of their needs.”

The director of Anglican Aid, the Rev David Mansfield, told the congregation he had recently returned from the North West of the state, where the appeal funds had started to be distributed.

“People were telling me they have never seen or experienced a drought like it,” Mr Mansfield said. “There is a pessimism which comes with that - but we must remember there is hope.”

“We trust in God that this drought will break.” echoed Dr Davies.

The drought funds are already heading to needy farmers and rural families through churches of the Bathurst and Armidale dioceses in the Central West and North West of New South Wales. Bush Church Aid is also distributing funds from its Kirkby Trust. 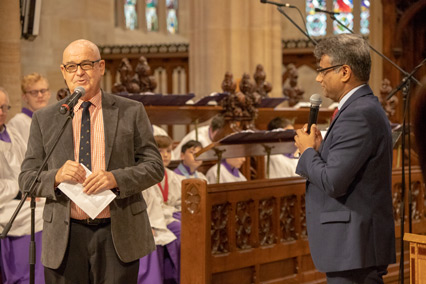 Some churches have reported that even the distribution of dog food is welcomed by weary farmers unable to feed, and facing the prospect of losing, their working dogs.