Are hospitals the secular cathedrals of our city?

I recently read the observation that hospitals have become the “secular cathedrals” of our city.  It is here that many major life events take place: birth, giving birth and death. It is the place where people often contemplate their mortality as the surgeon operates to cut out the cancer – otherwise life itself could be threatened.

We live as though we had no need for God

Our secular society has defined away moments of transcendence. We live as though there is no need to communicate with “the man upstairs”. In fact, we have defined him away. We are remarkably self-sufficient – most of the time. However, life’s special moments have a way of breaking in.

My own father’s experience is a wonderful example of this. My dad was a young science student at Sydney Uni, working part-time on the trams shortly after World War II when he saw Arthur Stace write “Eternity” on the footpath early one morning. You had to be up early to see the Eternity man in action! The memory stayed with him all his life. However, it was not until dad’s late 50s, when the doctor found advanced cancer requiring major surgery, that God wrote eternity on Dad’s heart. 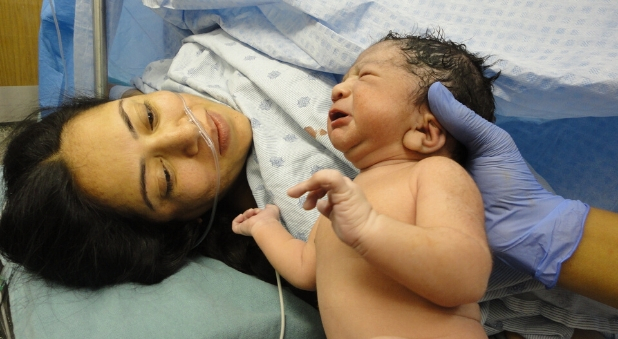 Dad’s cathedral was a major Sydney hospital where suddenly he said, “Pray for me”. During his weeks of his hospitalisation we shared Scripture readings and prayers in a way that up until then had been very uncharacteristic for my dad. He left hospital after successful surgery and went from once-a-year attendance at church to weekly attendance, and joined a Bible study group. The man of science became the man of faith too, and there was no conflict between the two.

Dad lived another 30 years after his operation. He is now with his Lord, face to face with his creator and saviour in eternity. At his recent funeral, I was able to make the point that dad had the privilege of seeing Eternity written on the footpath, and we all saw it written on the Harbour Bridge in the year 2000, but only God can write it on our hearts. God’s moment of breaking in was in the cathedral of a major Sydney hospital.

God's work is not limited to the Church

Sometimes God’s best work will not be done at church but in the cancer ward or the delivery suite or the emergency department. It is when our self-sufficiency is peeled away that we see how weak we really are and how great our need is for God. Often, we struggle as Christians to know how we can connect with our secular culture more effectively, and yet secular places like hospitals are great opportunities to see God at work in people’s lives. We can connect there.

Let’s follow our Lord as he speaks to people, often with the megaphone of suffering, and other moments when they are briefly reminded that we are all dependent beings in need of our creator and saviour. 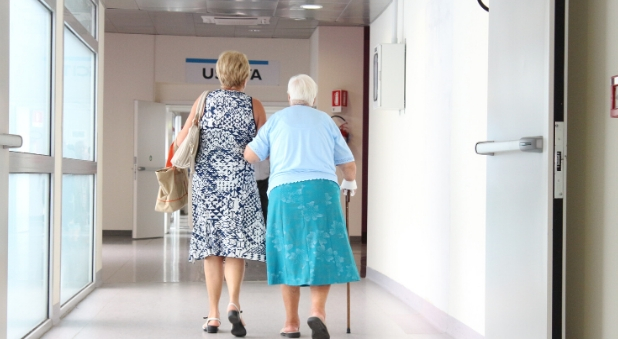 Our hospital chaplaincy is first and foremost for the patients but it doesn’t end there. It also includes the staff – the doctors, nurses, physios etc and admin staff.

Recently, in the same hospital where my father was a patient, a young doctor came into the chaplain’s office in tears. He and the chaplain talked for some time and he said, “I need to reconnect with my faith. My parents put me under great pressure to study medicine and everything else was left behind, including my Christian faith. I’ve been living a two-dimensional life.”

"I need to reconnect with my faith"

The chaplain was able to connect him with a good church close to where he lived. He has reconnected with his faith. He is now living life in three dimensions. And all this took place in a so-called secular cathedral – a major Sydney hospital.

Pray for our 22 hospital chaplains, and many trained chaplaincy volunteers in the Sydney Diocese, as they minister in these so-called secular cathedrals.

The Rev Stephen Gibson is manager of health and justice chaplaincy at Anglicare Sydney.

Are we really called to the ends of the Earth?