The Gafcon Australia conference planned for Sydney this week may have been stopped by COVID, but its work is moving forward according to an online announcement.

Instead of a week-long conference, a livestreamed session on Monday night, July 19, was told of a plan to care for Anglicans isolated in their own dioceses by revisionist teaching.

“With great sadness and regret, we realise that many faithful Anglican clergy and lay people will no longer be able to remain as members of the Anglican Church of Australia (ACA) if changes allowed by the Appellate Tribunal majority opinion take place in their dioceses,” said the Chair of Gafcon Australia, Bishop Richard Condie. “We love these people and don’t want them to be lost to the Anglican fold. We want them to be recognised and supported as they love and serve their own communities.”

Bishop Condie (pictured above) expanded on Gafcon’s statement last year, Commitment 2020, pledging to form a new Diocese for Anglicans who will be forced to leave the Anglican Church of Australia.

The multi-step plan starts with a new church entity, formed through a company structure and led by a small Board of Directors. Former ACA churches would be able to join as affiliates of the new entity, through an affiliation agreement. Later, these churches will become a Diocese, establishing a Synod to elect a Bishop and Standing Committee.

The diocese, once established,  is expected to be recognised by the Gafcon Primates, as they have endorsed the formation of similar dioceses in the USA, Canada, Brazil and New Zealand, where the established Anglican Church in these countries has departed from the teaching of Scripture.

Gafcon Australia also announced the appointment of the Rev Michael Kellahan as its first Executive Officer. Mr Kellahan was previously Executive Director of the religious think-tank, Freedom for Faith. 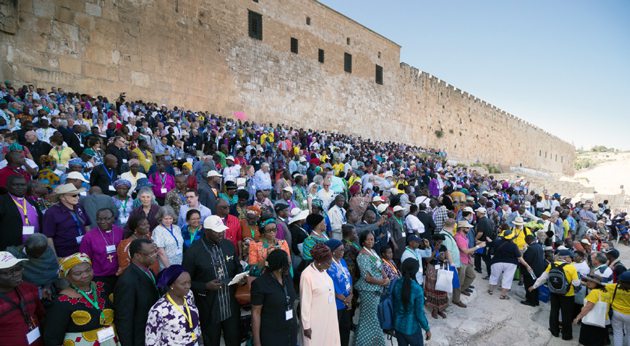 The Gafcon Movement began in 2008 at the Global Anglican Future Conference (GAFCON) where Anglicans met from around the world to work to heal and restore the Anglican Communion in the face of theological revision. The historic Jerusalem Declaration made at that conference, guides the movement. Gafcon Australia was formed in 2015.

The global movement now embraces over 70% of the world’s worshipping Anglicans with the catchcry ‘Proclaiming Christ faithfully to the nations.” Its 2018 conference in Jerusalem was the largest Anglican gathering of its type in 50 years.

“It grieves the Gafcon movement that these measures are necessary," Bishop Condie said in a statement, “but the support of faithful Anglicans has been the objective of Gafcon Australia since its beginning. Gafcon Australia embraces evangelical, catholic and charismatic Anglicans, ordained women and men, and lay people, each of whom uphold the Jerusalem Declaration. We see a great future for orthodox Anglicans as they love ordinary Australians with the gospel.”

1.
Southern Cross is back in print!
2.
Trick-or-treating can be more than lollies and costumes – it can be missional.
3.
New live-translation technology for baptism celebration
4.
The place where the drought is not over

Children’s ministry from Manly to the Top End