Tucked down an alley off Katoomba’s main street is The Little Lost Bookshop, a cosy corner that looks and smells just like a bookstore should.

This is where Karl Grice, who attends Katoomba Anglican and is known around Christian circles as “the guy who sells the books at conferences”, shares his love of words, art and people.

The store has just celebrated its third birthday, but there were days when it didn’t look like it would reach that milestone.

“Three years ago now we opened, and since opening we have had two significant bereavements, significant staff illness, the bushfires... we had rain that didn’t stop and washed out the train tracks for a month, and – just when we were starting to breathe – we got to enjoy a global pandemic together,” Mr Grice says. “Although I’m not sure that enjoy is the right word!”

During the 2019-20 bushfires, Katoomba was surrounded from the north, south and west. At one point, flames raged less than a kilometre from a storage facility where The Little Lost Bookshop keeps its excess stock.

“[The fires] hit right before the Christmas retail season,” Mr Grice says. “For most businesses in the area, December is the equivalent of farmer’s harvest time. You tick along all year, you make sure you can pay your bills, but December is when you get your wage for the rest of the year.

“Financially it hit the town hard, but you couldn’t think about that because fires were still burning. The sky was grey or orange, the streets were empty, and there were signs at Central Station saying, ‘Don’t catch a train to Katoomba’.” 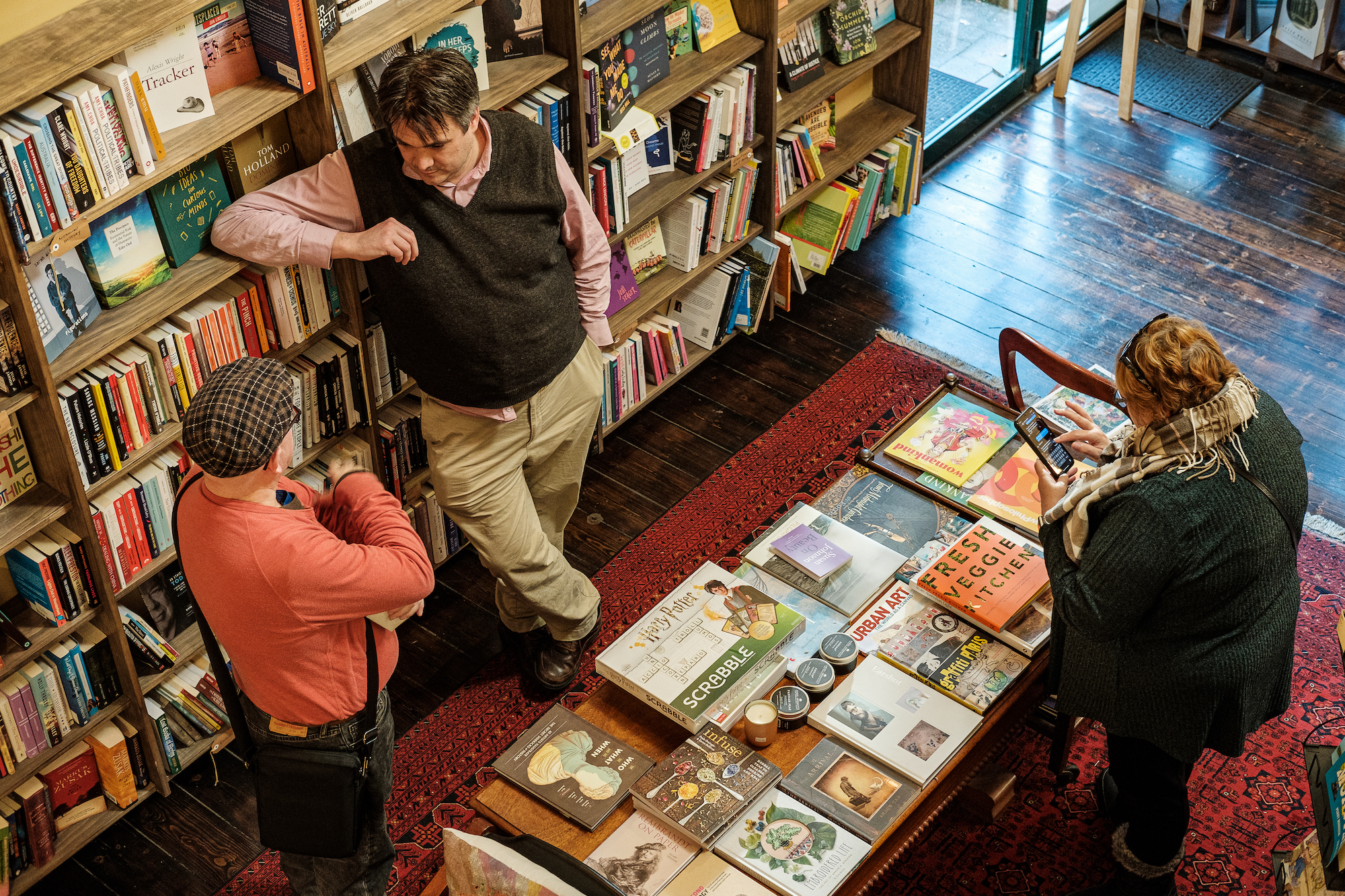 He remembers driving home from a weekend conference in Wollongong early last year, where he had been present with his bookstall, and suddenly it hit him that this would be his last such event for “who knows how long”.

“The following week we had phone call after email after phone call cancelling events because of COVID,” he recalls. “We had a fourth kid due that May. It was a lot of [not knowing] what happens next... [there were] a lot of sleepless nights.”

Reminders of God’s faithfulness came in many ways and helped Mr Grice not to lose heart. A midweek Prayer Book service provided the opportunity for his family to gather with older saints, who were living examples of the faithfulness of God.

“We had cups of tea with ladies, some well into their nineties... it helped a lot to know that God’s been with them through lots of things,” he says.

Christian music also proved a comfort, including an album by Andrew Peterson. “There’s a song called ‘In The Night My Hope Lives On’, [which] looks at God’s faithfulness through biblical history and then being able to look forward… to know he will continue to be faithful.”

A place for passion and community

Mr Grice curates his collection at The Little Lost Bookshop to reflect the community around him, and shares his love of quirky and beautiful stories and art through his handpicked selection of books. You never know what you might find on his shelves.

“I think bookshops are a melting pot, where all different people meet and chat,” he says. “People come in and tell you what they’re passionate about. You hear what they’ve just discovered or what they’ve spent their lives researching. We’ve been able to introduce people to each other and all sorts who might not have otherwise connected.”

No topic is off limits. “Katoomba is a town where people have different worldviews, religions and alternative spiritualities,” he says. “I’m keen for [the shop] to be a place where people feel safe and welcome to talk about what they believe – in the same way I feel safe for people to know that I am a Christian.

“Katoomba is a town where people have different worldviews, religions and alternative spiritualities,”

“Life is hard, and will always be hard. I think creating a space where people can form strong friendships and discover ways to help each other is really important.”

God has used Mr Grice and his team in many ways – including giving them the privilege of selling several customers their first Bible.

“One young guy decided to buy his first Bible after seeing it on the shelf. It was great to be able to show him the contents page, and suggest a good place to start, which is reading about the life of Jesus,” he says. “I’ve also had people come and ask for prayer. What’s important to me is that people know this shop is for everyone.”

1.
Masks on and no singing in churches
2.
How churches are looking out (and up) amid restrictions.
3.
Lockdowns leave more migrants struggling to find work
4.
Avoiding “long COVID” in our churches

How a Sydney church and preschool is bridging the generation gap