How a Sydney church and preschool is bridging the generation gap

Coogee’s St Nicolas’ Anglican Church is already becoming familiar to viewers of ABC TV’s Old People's Home For Four Year Olds, now the impact of the groundbreaking intergenerational project is set to last well after the credits have rolled.

Several St Nics’ preschoolers featured in the second series of the television show, which brings together the young children with a group of elderly people for regular visits in the church hall. Judging by what we see on screen, there is no doubt it works. 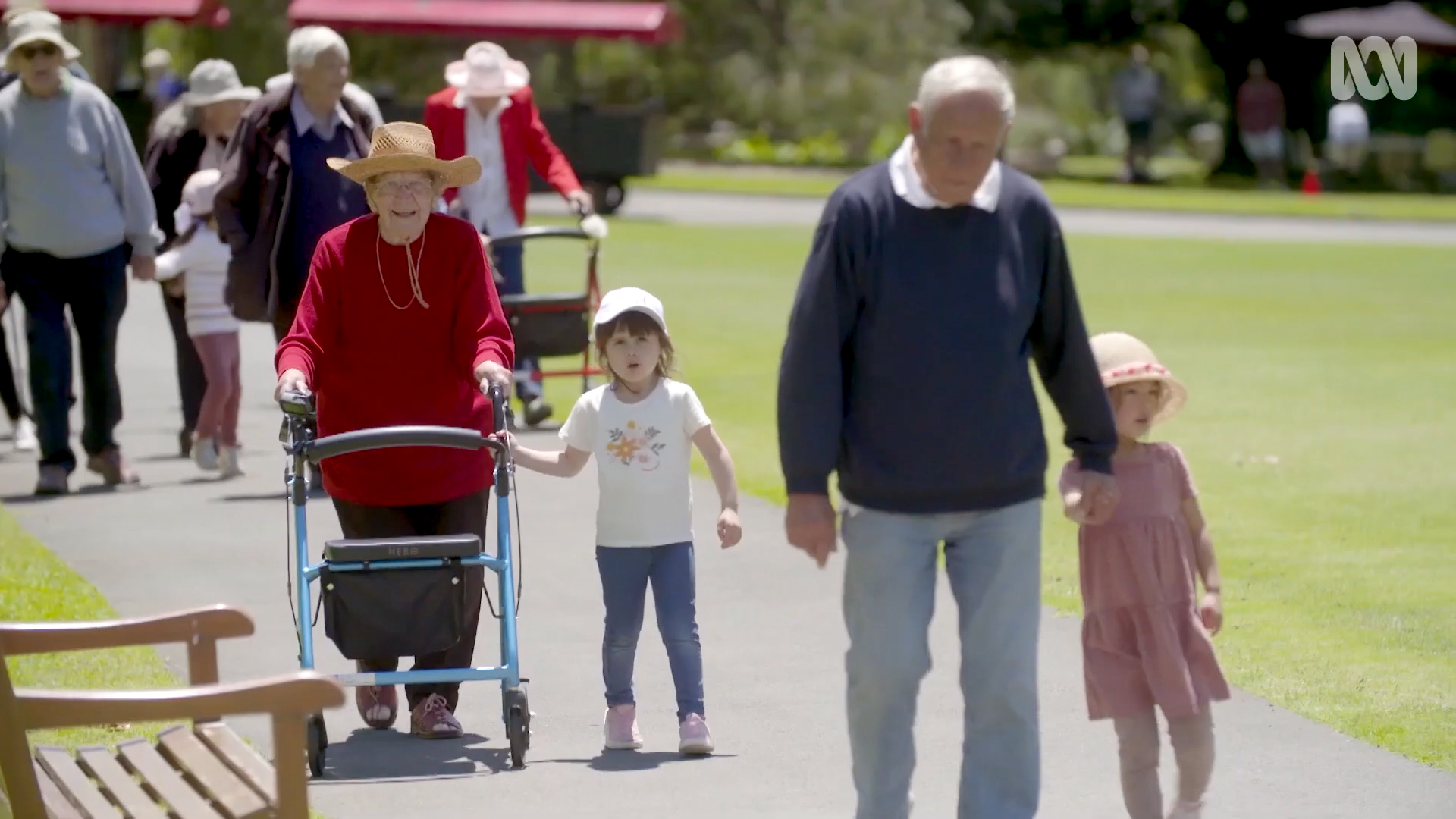 Now, St Nics’ is joining forces with Neuroscience Research Australia, UNSW Ageing Futures Institute and Sydney University to pilot a 10-week program that will see more preschoolers and older adults come together for three hours a week, as part of a major new study into intergenerational integration.

“This is an exciting partnership between our community church and preschool, and these flagship research organisations,” says the Rector of St Nics’, the Rev Craig Segaert. “Even more exciting is the possibility that the outcomes will eventually be a blessing to other local communities.”

“Even more exciting is the possibility that the outcomes will eventually be a blessing to other local communities.”

Following the success of the TV series, the study is the first step to scientifically proving the benefits of connecting children and older adults, so that long-term programs can be developed. The study has been funded by the UNSW Ageing Futures Institute, with in-kind support from St. Nicolas’ Church and Preschool, and Anglicare.

When the first pilot session kicked off in mid-April, there were ten elderly participants - half from the church community and half from the local area. “To give you an idea of the reaction, at the end of the session, one of them said, it was three hours of pure joy!” Mr Segaert said.

The feedback from the viewing public to the series has certainly been positive. That hasn’t shown in an increasing congregation. “Not yet. I know that our website spiked on the night that showed on TV, but that hasn’t necessarily resulted in people coming to church,” he said. But in a seaside community with a divide between the older and younger generations, Mr Segaert is convinced that it will bridge the gap. “What we're hoping for, in terms of the ministry outcome, is that with what we have here at the church and the preschool, and with that known issue of social isolation of older people (as well as) disconnection in families between the older and the younger generations, we hope to be able to make a positive contribution.  We hope (the study) will come up with the evidence that this is a good thing to do. As well as that, through the  ongoing contact that we will have with people who otherwise we wouldn't have had contact with, it will give us an opportunity to welcome them into the church community, invite them to church events, maybe even come to faith.”

We hope to be able to make a positive contribution

The next step after the pilot is to find the significant funding required from government and philanthropists to run a larger clinical trial in late 2021 or early 2022.

St Nics’ hopes the study will result in a reproducible, sustainable and evidence-based model that can be rolled out by others in the community. Mr Segaert says there is especially an opportunity for other Anglican churches.

“If you've got a preschool or a large playgroup, and you want to bring some blessing to those communities through this new form of outreach, it's a good thing to do. But you need to be committed to it. We hope to have, after we do the major research, a product - for the want of a better word - that people will be able to implement in their own circumstances. Many Anglican churches not only have the preschool and the church, they've got the contacts with those demographics and the families. I think it is a great opportunity.”

There are at least ten older Australians and their young friends, bubbling over with joy every week, who agree with him.

1.
Stopped at the church door
2.
The partnership that positively impacts your child’s faith
3.
Three reasons to listen to this podcast on building a resilient faith
4.
Advancing the ministries of women

What I learned doing MTS during Covid