Lives lived for God at Liverpool

Yesterday, Today And Beyond: The Church in the Heart of Liverpool - By Dr Bryan Cowling

A hub of early Sydney, with a foundation stone laid by Governor Macquarie and home to Thomas Moore (whose bequest the Diocese still benefits from today), Liverpool and its church, St Luke's, has a rich story. I was at the bicentennial service in October last year where the celebrations were nothing less than jubilant and showcased the church as it is today.

Twelve months later, this book showcases all that went before. We have reason to be grateful that this project was in the hands of Dr Cowling in his retirement. His attention to detail and the varied illustrations and vignettes of this book will please the history buffs among us and, more importantly, give us cause to be thankful to God for how he has worked in and through his people over 200 years.

The chronological layout of the book was perhaps the best way to handle such a detailed work as this but it reaches beyond events into the lives of the thousands upon thousands of people who have links in some way to St Luke's.

Past parishioners include familiar names such as Richard Sadlier, after whom a suburb is named, as well as the Bossley family – who lived at a property called Edensor and are now remembered by those living around Bossley Park and Edensor Park.

A more recent parishioner has his name marked with a suburb and a memorial along the Remembrance Drive that links Liverpool with Canberra. Just outside of Lake George you will find the name of John Edmundson VC. John attended Sunday School at St Luke's where, according to the book, he impressed his teachers with “his quietness, upright behaviour, kindness to others, humility and a firm grasp of his Christian belief”.

It was less than 20 years later, in 1941, that Edmundson helped lead a bayonet attack on a German machine-gun post in Tobruk. He was killed, but not before he had saved his commanding officer's life and ensured the success of the mission. 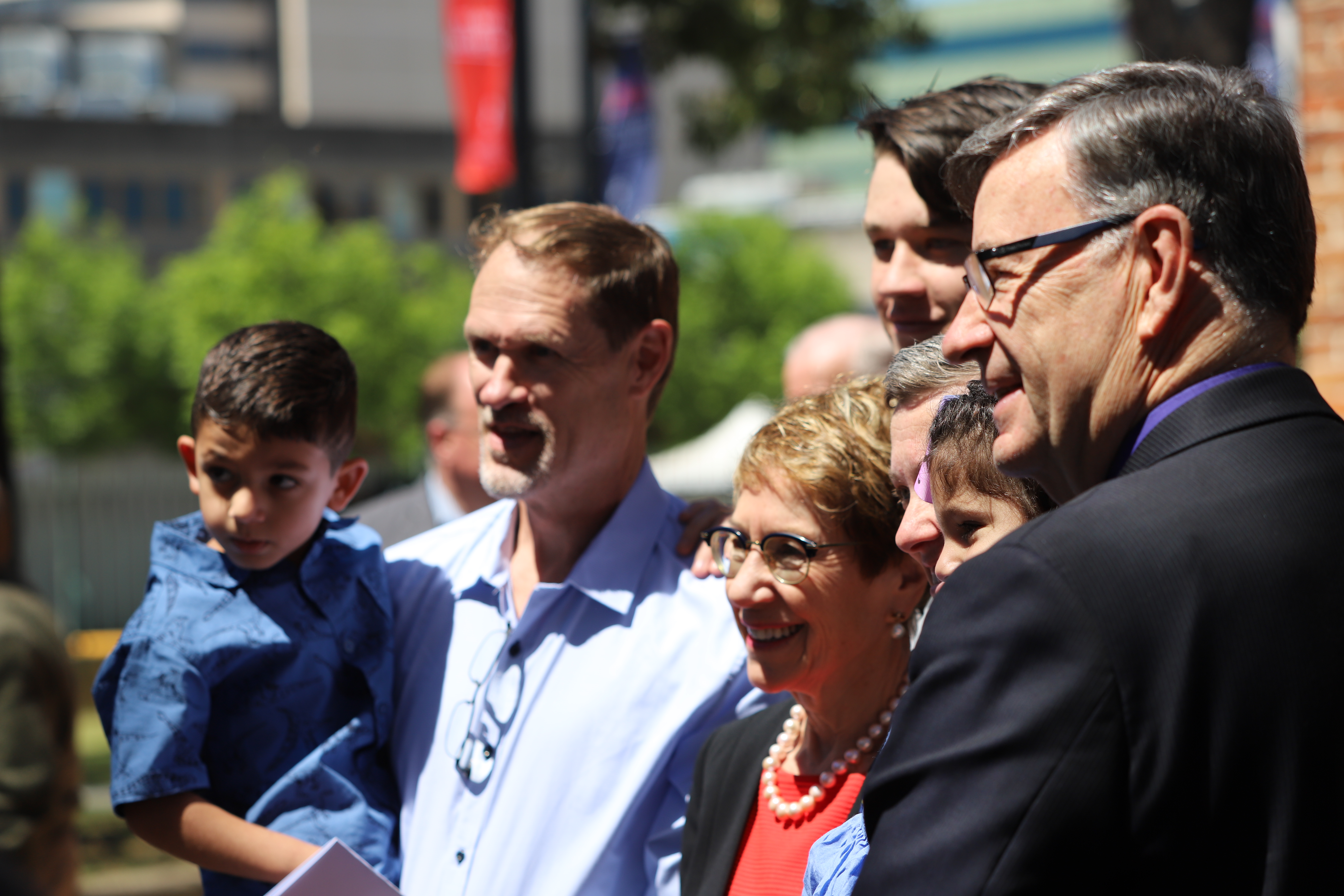 A generation before, the well-known World War I chaplain, the Rev Reginald Pitt-Owen, had been assistant minister at St Luke's. I learned from the book that as well as being one of the first chaplains to serve in the Great War, he was also one of the last to leave.

Broken physically by being shelled and gassed, Padre Pitt-Owen also recognised the suffering of those who were in the grip of what we now call PTSD. He probably knew it himself, as the book records one black day on the Somme in 1916 when "...another chaplain and I went out one morning after one of those nights when our boys had been over to take the German trenches and with a burial party from one of the camps we dug graves for 143 brave boys who had gone down in the fight. 52 of them we were able to identify. Oh God, shall we ever forget that work!"

The book is dotted with such vignettes, some significant and others more prosaic, but all well-researched and attractively presented. I am naturally interested in the history, knowing several of the St Luke's figures – including former occupants of the rectory, the Rev Jim Ramsay and his wife Lesley.

However, even those unconnected with the church will find Yesterday, Today and Beyond a good read. The most fitting bookend to this review is the fact that Dr Cowling's work, to be launched this month amid the pandemic of COVID-19, shares the same fate as the centenary history 100 years ago.

On St Luke's Day, October 18, 1919, there were great celebrations including a centenary souvenir booklet. As Dr Cowling records, "It must have only been days later when the global influenza epidemic struck Liverpool. How do I know that? Within a week, in order to minimise its impact, people were urged to wear face masks and public assemblies were banned."

You could say it is history repeating itself, but I prefer to say, with the writer of Ecclesiastes (ch 1 v9), “What has been will be again, what has been done will be done again; there is nothing new under the sun”.

Yesterday, Today And Beyond: The Church in the Heart of Liverpool can be purchased online or by contacting the church on 0466 577 657.

Authors Note: Photos are from the Bicentennial service in October 2019.

1.
What makes Obama’s Becoming so powerful?
2.
Same Kind Of Different As Me is a true story of homelessness, and home
3.
After reading Patricia Weerakoon’s new book, I’m ready to have the sex talk
4.
Magic Misplaced: The Secret Garden movie misses the point

How God sustained Jenny Allen and her kindy class through losing a student to cancer.