Why is the Mark Drama so popular?

Jesus has to be one of the most hotly debated people of all time. During his lifetime many questioned his origin and authority, while others feared he was a dangerous revolutionary. A production from the local community, the Mark Drama turns Mark’s biographical account of Jesus into a 90-minute, theatre-in-the-round stage production. Fully immersed in the action, here you can decide for yourself – is Jesus just another guy with imaginative ideas about God, or is he truly the King of the universe?

The Mark Drama is a play which takes ordinary, amateur actors and equips them to perform in a 90 minute, theatre-in-the-round production, in only three days. They spend a few weeks memorising the gospel of Mark, and then three days rehearsing in the round.  It’s an exciting opportunity for Church members to get involved, as fifteen members of your church form the cast for the production.

Not only is it an intensely dramatic, emotionally meaningful production, but it is popular! Families, churchgoers and, importantly, members of local communities flock to see these amateur productions.

Village Church Annandale ran the Mark Drama and saw over 380 people over two performances. Of these, just under 200 had never interacted with Village Church before. The popularity of the Mark Drama is spreading, with a range of Anglican Churches choosing to perform it this year, including Austinmer and Thirroul, Hope Anglican and Figtree.

But why is the Mark Drama so successful? 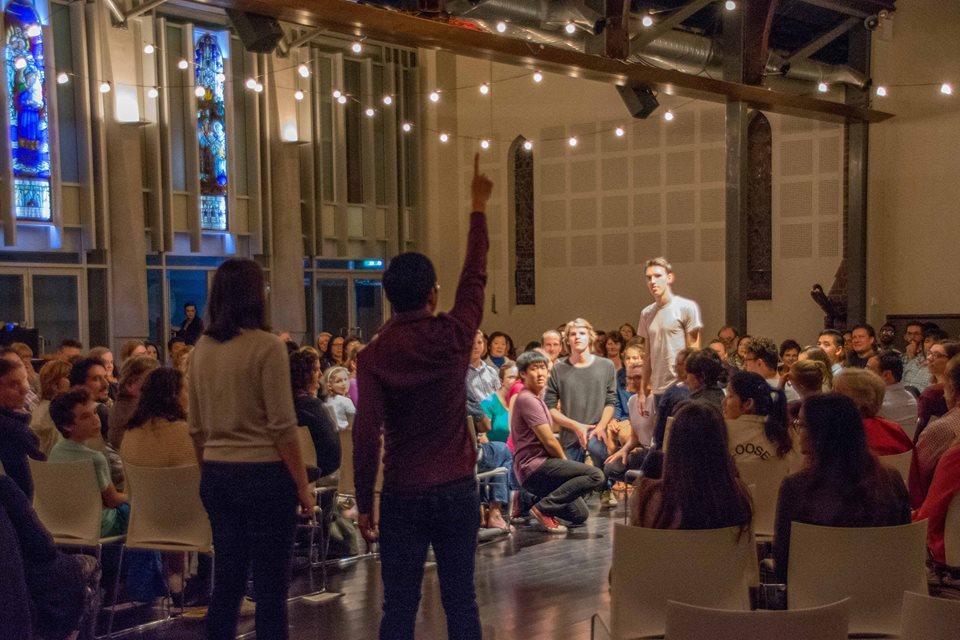 The events of Jesus’ life are compelling and dramatic. They highlight the character of God and His meaningful interactions with his people. Emotions such as betrayal, fear, hope and trust are highlighted again and again.

By showing the Easter story in 90 minutes, the Mark Drama provides viewers a chance to understand the build-up to the resurrection, the immense power Jesus has and the choice each of his follower has to make. Seeing the Pharisees, disciples and injured interact with Jesus about his upcoming death. 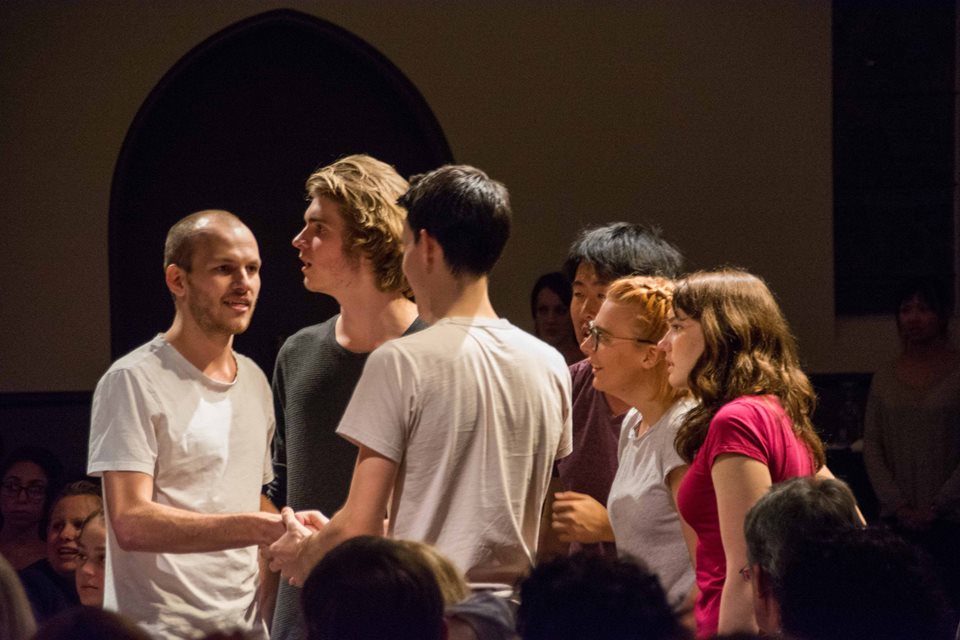 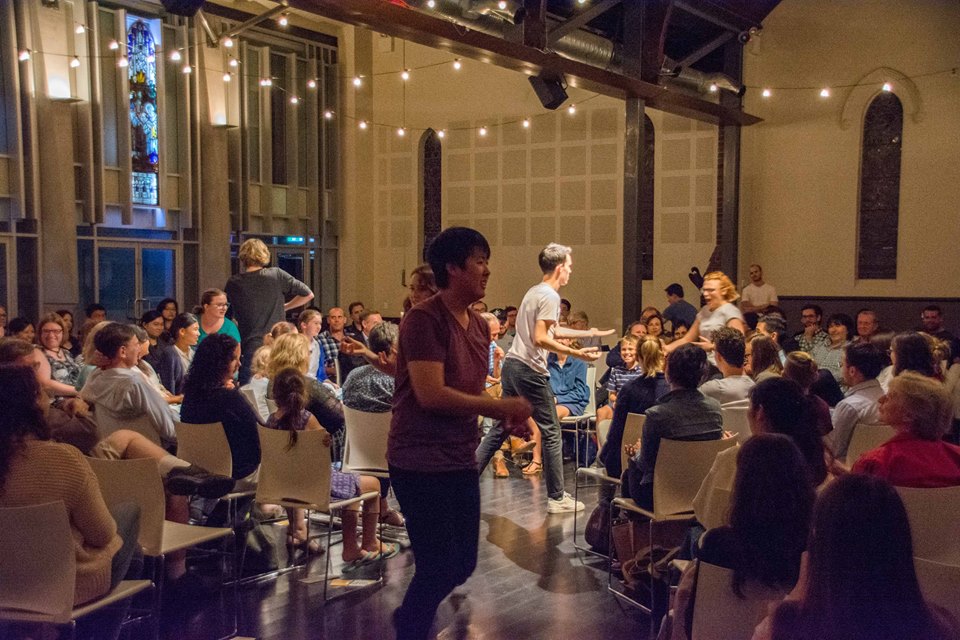 There is a real hunger to explore this story

We often fear that nobody wants to hear about Christianity. But while there is a real antagonism to the message of the Bible, there is also real curiosity as well. What is it that is so powerful that people would give up so much and follow Jesus? Why does our society still celebrate Easter the way we do? What is the real meaning behind the symbol of the cross?

There is a lot of curiosity when it comes to the story of Jesus, and the Mark Drama is a fantastic way to share that story.

Why not join one of the performances this year? Remind yourself of Jesus’ power and resurrection, and invite a friend along, maybe for the first time.

Did we miss any Churches - let us know! 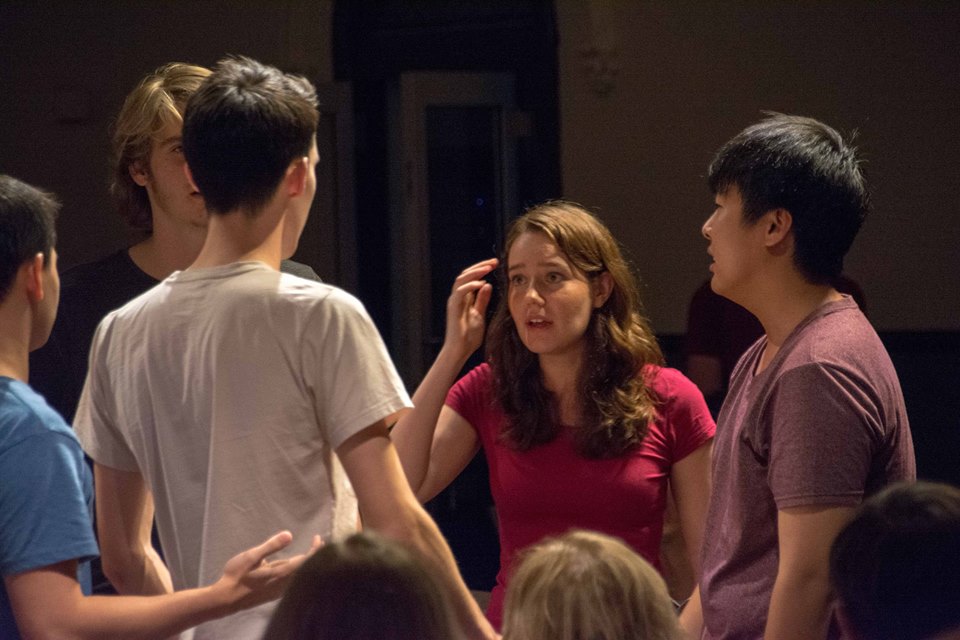