Ordinands get ready for the big day 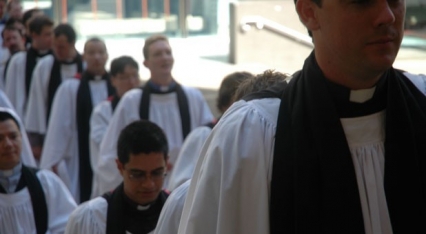 A group of 35 men and women will be ordained as deacons on Saturday, taking positions from church planting, indigenous ministry, school chaplaincy to parish work.

Archbishop Dr Glenn Davies has been addressing the group this week at the pre-ordination conference and will ordain them at a service at St Andrew's Cathedral on Saturday, February 1st,  2014 at 10am.

The number is one more than were ordained at last years service.

Sydney Anglican churches are being asked to remember the ordinands in prayer.