It was to have been a normal Sunday at St Andrew’s Cathedral, but then news broke, late on Friday night, of the death of His Royal Highness, the Duke of Edinburgh.

The service was expanded, not as a memorial service, but as an opportunity to pray for the Royal Family and express sympathy, love and respect on the Duke’s passing. 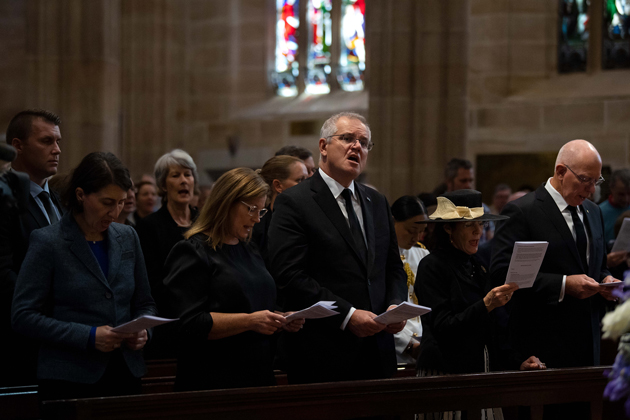 "As we gather we extend deep sympathy and condolences to her Majesty the Queen to whom Prince Philip was for more than 70 years a loyal and loving husband, and to the members of the Royal Family to whom he was a father, grandfather and great-grandfather.” said the Dean, Kanishka Raffel on welcoming the congregation and many more watching on TV networks and livestreaming.

"On his many visits to Australia we have come to know him as a man of compassion and service, personal warmth, intellectual curiosity and generous spirit.  We thank God for the life of Prince Philip and we thank God for the hope we have in the face of death, that those who die in Christ, shall rise with him." 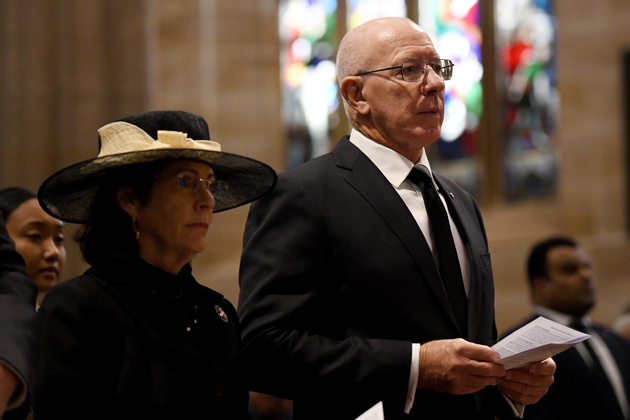 The service included prayers of thanksgiving for the life of Prince Philip, for the charitable organisations of which he was patron, for the Royal Family, and for the Commonwealth.

A condolence book was signed by the official guests and will be avilable to the public at the Cathedral. 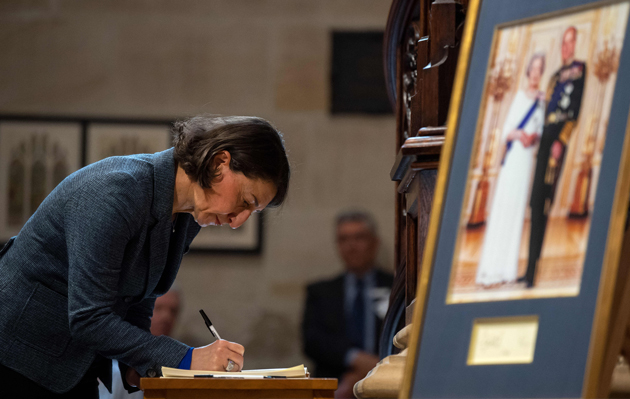 " A life of duty, loyalty and service. For 73 years of marriage to the Queen, he lived with this duty of service. He was the patron of over 800 charitable organisations during his life, which is a staggering number.” the Administrator, Bishop Peter Hayward said in his sermon. He drew chuckles from the congregation when he said "Obviously, the years of service can take a toll on the very best of people. On a visit to Canada in 1969, he was recorded as saying, 'I declare this thing open whatever it is.’"

But beyond a life remember and celebrated, Bishop Hayward spoke from Philippians chapter 3 about the future.

"The passage speaks of the ultimate hope of heaven in the face of death.” he said. 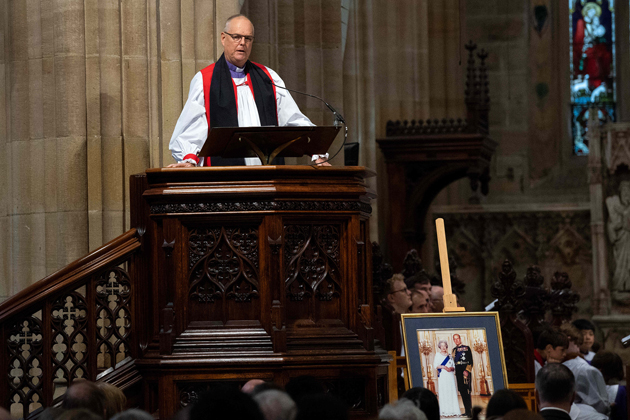 "On this day, we acknowledge with profound thanks that Prince Phillip pressed on his life that was filled with duty and service that he has left a rich and lasting legacy. But we know that death is not the end. Each of us has the call of heaven over our own lives.Heaven is secured for us by Christ. Take hold of him and his resurrection. Lift your eyes and see the matchless worth and of Christ who will take hold of you as you take hold of him."