Australia gave the world Carols by Candlelight and prawns for Christmas lunch but still we don’t often see our Christmas on TV. In the battle between a White Christmas and Six White Boomers, the northern Christmas usually wins out.

But this Christmas on TV will be a bit different. At least on the ABC, which presents Christine Anu hosting ‘Christmas in Australia’. As a Torres Strait Islander, Anu’s Christmases were not Santa and snow. She is an engaging host with quite a few personal stories, especially the one about how her mother put a mango tree branch in a pot and they decorated it with crepe paper for Christmas.

I can hear the sounds of the singing that would almost lift the roof of the church.

“There are no big shops that are displaying ‘get this brand-new toy’. There's no electricity, so there's no television,” Anu tells. "So Christmas for us was really about the coming together, the community. It was about birth, rebirth and new beginnings. That was what Christmas was like for us. The singing, the smells of coconut oil in the church. I can hear the sounds of the singing that would almost lift the roof of the church.” 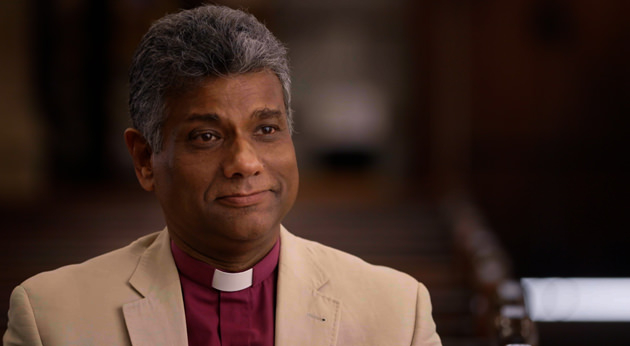 Archbishop Raffel explains the coming of Jesus in the TV special

Anu’s island home in the Torres Strait features prominently in this special, as well as Aussies stuck overseas in Covid, bushfires and colonial history.

There’s a nice segment in which the musical director of St Andrew’s Cathedral, Ross Cobb, introduces us to the first Christmas song composed in Australia, which premiered at the St Phillip’s school at Church Hill. Hint: It’s not about utes or kangaroos. You’ll have to watch to find out. 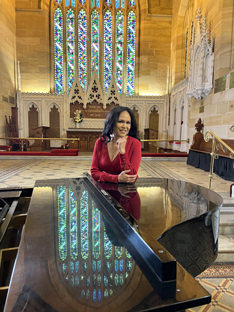 It’s encouraging to see the thread of the true Christmas story running through the whole program. Christine Anu sings Christmas carols and Archbishop Kanishka Raffel leads us through from Genesis to the gospel accounts of the coming of Jesus.

This is not Carols from Kings College. It’s a thoroughly Australian Christmas, and thoroughly enjoyable.

Christmas in Australia, a Compass special, goes to air first on Tuesday, Dec 21st at 8.30pm on ABCTV, and again on Christmas Day at 3pm. It will also be available on iView, which you can stream online.

Everything you need to know about CMS Summer School online

Don’t miss the truth of Christmas