How you can help school leavers stick with Jesus

A massive transition occurs each summer for graduating Year 12 students as they farewell the familiar structure of school for the freedom and responsibility of adulthood. As they do this, many also leave church and faith behind: data from the National Church Life Survey shows that a third of Christian school leavers will walk away from church by the age of 19.

Laura Anderson says there’s a lot that Christians can do to help young people like her keep following Jesus in this transition time.

“It was mainly stopping [attending] the youth group that was the big change for me,” says Miss Anderson, who graduated in 2017. “I didn’t really know [what I was doing].”

The care from people at her church, along with watching her older sister graduate two years earlier, helped her to settle into post-school life and continue following Christ.

What makes leaving school a dangerous time for faith?

In the Rev Michael Williamson’s 16 years of parish ministry, witnessing school leavers losing their way was an annual event. The current director of Year 13 – Youthworks’ gap year program for school leavers – says there are many reasons why this occurs.

“It happens because Christian school leavers are forced to become an expert in all kinds of new things overnight, especially work, money, education and relationships,” he says. “With all that going on, many fail to grow in their faith and become pygmy Christians – not by choice, just by circumstance.”

The scary statistic about young people walking away from church hasn’t changed in 20 years,

The incoming director of Year 13, the Rev Stephen Shearsby, agrees that students are not prepared for this time of transition.

“We put on a lot of pressure with their education and the HSC and eventually it goes away,” he says. “But unfortunately the pressure doesn’t end, it’s just the next pressure. It’s a heavy burden. Jesus’ burden is much lighter, that’s what we want people to hear. Year 13 encourages kids to think about that.” 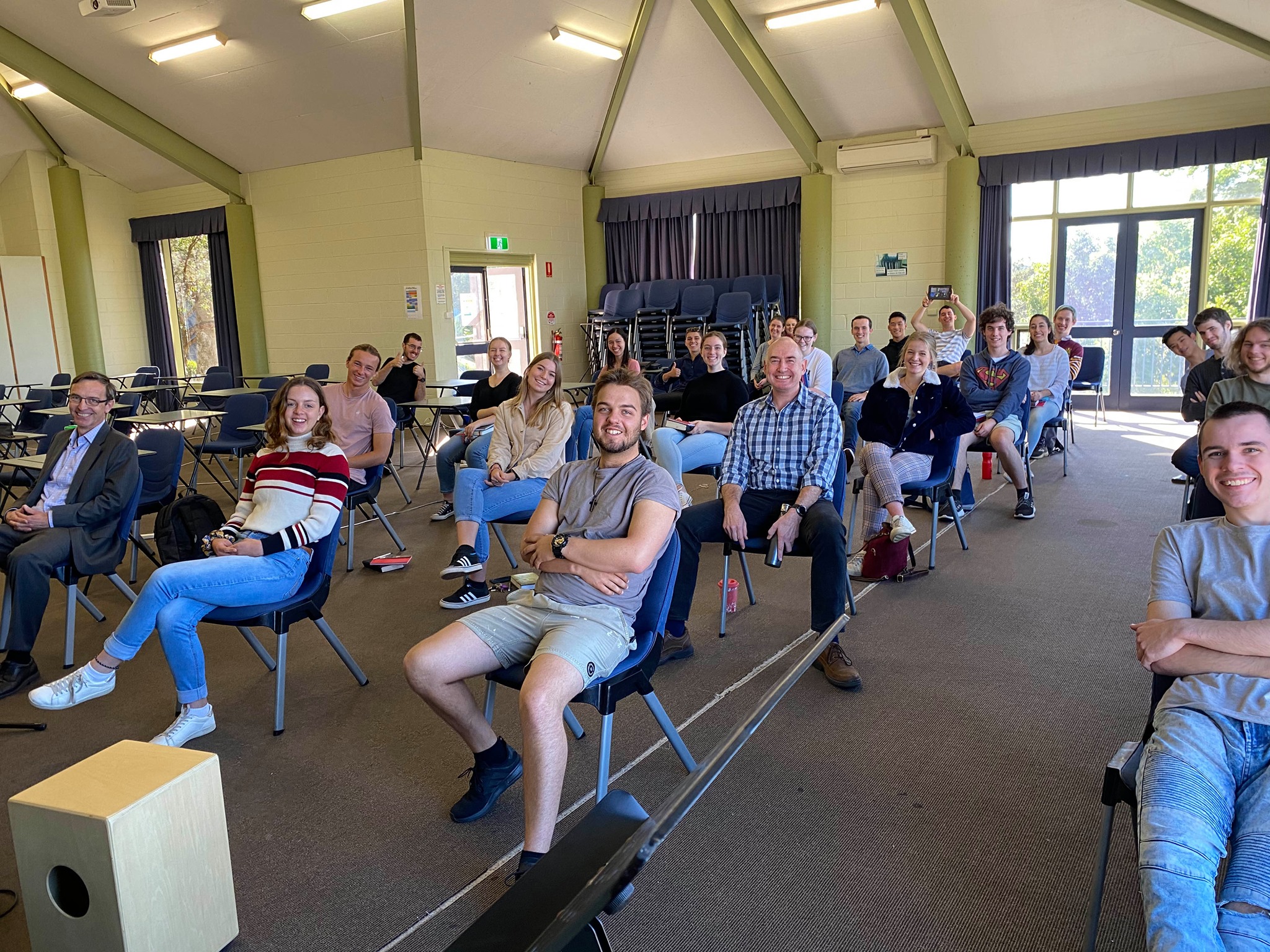 It’s vital for Christians to actively support young people in this time. “The scary statistic [about young people walking away from church] hasn’t changed in 20 years,” Mr Williamson says. “We haven’t responded as churches to this statistic, so we have to respond on the ground.”

Here are four things you can do to help young people at your church follow Christ as they leave school:

Know and care for young people in your church

“Make sure you know them well so you can love them,” Miss Anderson says. “There were a few people who were probably 15 years older than me who would ask how I was going, how uni was, and were good at making sure that I felt like I was becoming more of an adult.”

1. Invest in the spiritual lives of school leavers

Investing in young people “is for everyone, but not everyone does it,” says Mr Williamson, who believes the prime time to invest is months before exams, not after. “The issue is not what happens in January, but what happens once their exams finish. Don’t back off from students who are still studying.”

Adds Mr Shearsby: “Intergenerational mentoring helps kids transition. When there’s no more youth group, they’re not quite ready to jump into being an adult. Year 13 is an intensive boot camp for [adult life as a Christian], and it’s fantastic, but you need some sort of mentoring or discipleship going on at church.”

According to Miss Anderson, one simple way people can do this is to ask about faith. “Ask people how they’re going, where they are at with Jesus and how you can pray for them.”

2. Include young people in church life

The people who encouraged Miss Anderson to get involved in the church community made a huge difference to her spiritual growth.

“I didn’t join a Bible study until two years out of school, but that has been very helpful,” she says. “I joined because people asked me to. I found I was used to talking to people from church, but not used to talking with them about the Bible. That was interesting to realise. We probably don’t talk as much about the Bible as we should outside of the service or Bible study.” 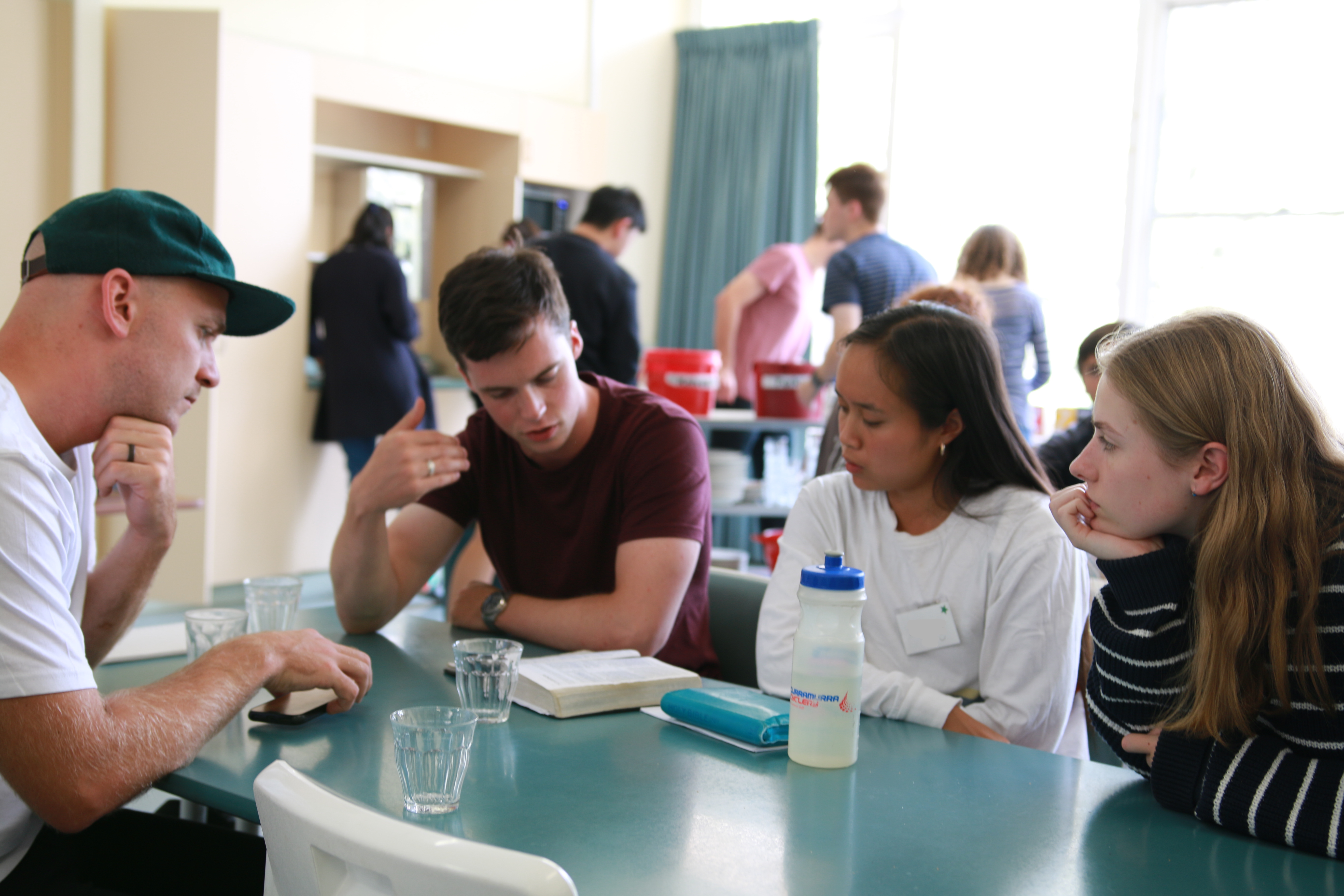 3. Help them connect with Christian peers and leaders

Sophie Norved believes it’s key to connect young Christians with others. She works with the Two Ways Ministries team to co-ordinate Launch camp, aimed at helping first-year Christian uni students connect with each other and with their campus Christian groups before studies start.

“When you get to uni, your head is so full that it can be really easy for the Christian part to slide off the agenda,” she says. “Jumping in early and connecting well before you start uni puts you six to 12 months ahead of settling and knowing what to prioritise.

“It’s about making a network, meeting campus workers, encouraging people to prioritise ministry and give it a go before they get there. The key thing is getting a network and peer support and plunging them deep into Bible teaching.”

Adds Miss Anderson: “It’s good to join a Bible study or a Christian uni group. That’s another thing that’s been a real encouragement: making Christian friends my age. Especially if you’re at a small church, or at a big church. It’s really helpful.”

4. Pray for them often

Mrs Norved prays school leavers will take responsibility for their faith. “As they see what God is saying about our priorities, there is a mindshift,” she says. “Moving into adulthood, they need to think it’s not my parents’ faith, it needs to be my own. [We want them to ask] is this going to shape what I do for the rest of my life?”

“Pray for their faith,” Mr Shearsby says. “That is the issue – faith formation and discipleship and getting roots down. Specifically, they have challenges with growing up and having more independence – that can be harmful, in a way. For navigating those decisions in life… there’s tons to pray.”

“Pray they will choose to be and stay a Christian and express their faith as opposed to disappearing with the world.”

Southern Cross is back in print!

How do we fit into God’s plan for the nations?