Why I went on national TV to talk about Jesus

This week SBS will air a documentary called Christians Like Us – billed as “10 Australian Christians with vastly different beliefs live under one roof for a week to confront the controversial topics of their faith. They will grapple with what makes a good Christian, and the role religion plays in modern life”.

Given the world of reality TV, participating in this is either foolishness or crazy brave. Steve Chong from the RICE movement and MBM Rooty Hill was chosen as a Christian leader. Assumpta Venkatachalam from Village Church, Annandale was chosen to represent an ordinary Christian from a Sydney Anglican parish. She shares here experience with us.

What was your experience like being on reality TV?

The whole thing was surreal. Why on earth would anyone consider me as a possible candidate for a TV show, let alone a reality show? The show – for the sake of dramatic television – was not going to be a polite chat format. It would be one week of living at close quarters with people who disagree with you about serious issues. Pressure situations, difficult questions and engineered confrontations – all in front of a camera. 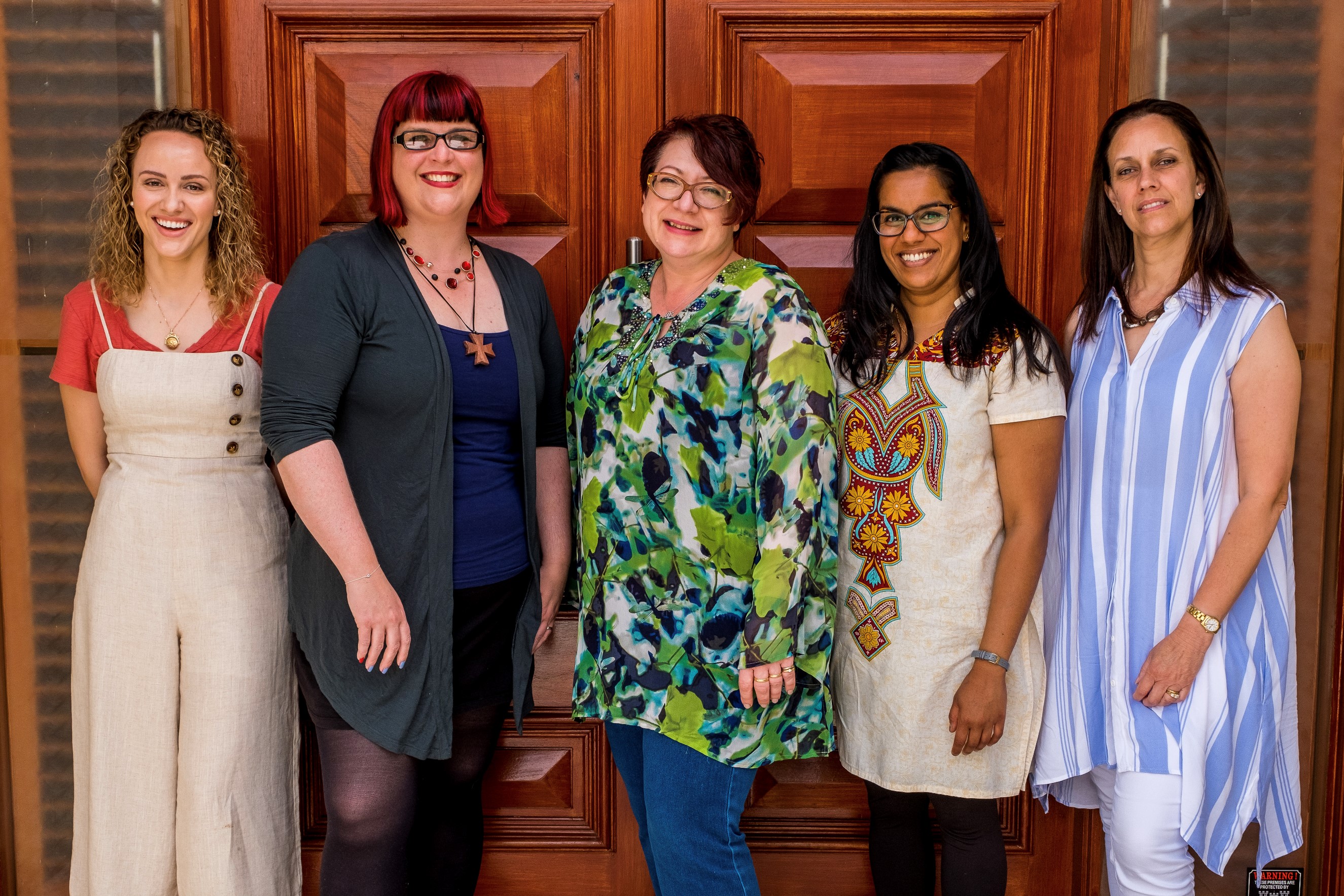 My initial response was one of utter denial. No. Not a chance. I’d rather have my eyes poked out with a thousand needles. Anyone who knows me would tell you that I’m notoriously camera shy and hate being the centre of attention. I’m not theologically trained, and I’ve never worked for a church.

"I hate being the centre of attention. I'm not theologically trained, and I've never worked for a church."

As I considered it further, I realised the opportunity that I’d been given. How often are Bible-believing, Jesus-loving Christians represented in the media in ways that aren’t hacked soundbites, designed to make us look like misogynistic homophobes or deluded morons? How often are the nuanced views of evangelical Christians presented in long-form journalism?

I also realised that the current cultural landscape worked in my favour. When I was a child, I was the target of merciless bullying because I was a brown migrant with a weird religion who was also a girl. But somewhere along the way, identity politics and intersectionality came into play. Nowadays, whenever Christians speak God’s truth into our culture, they’re dismissed for attributes over which they have no control. 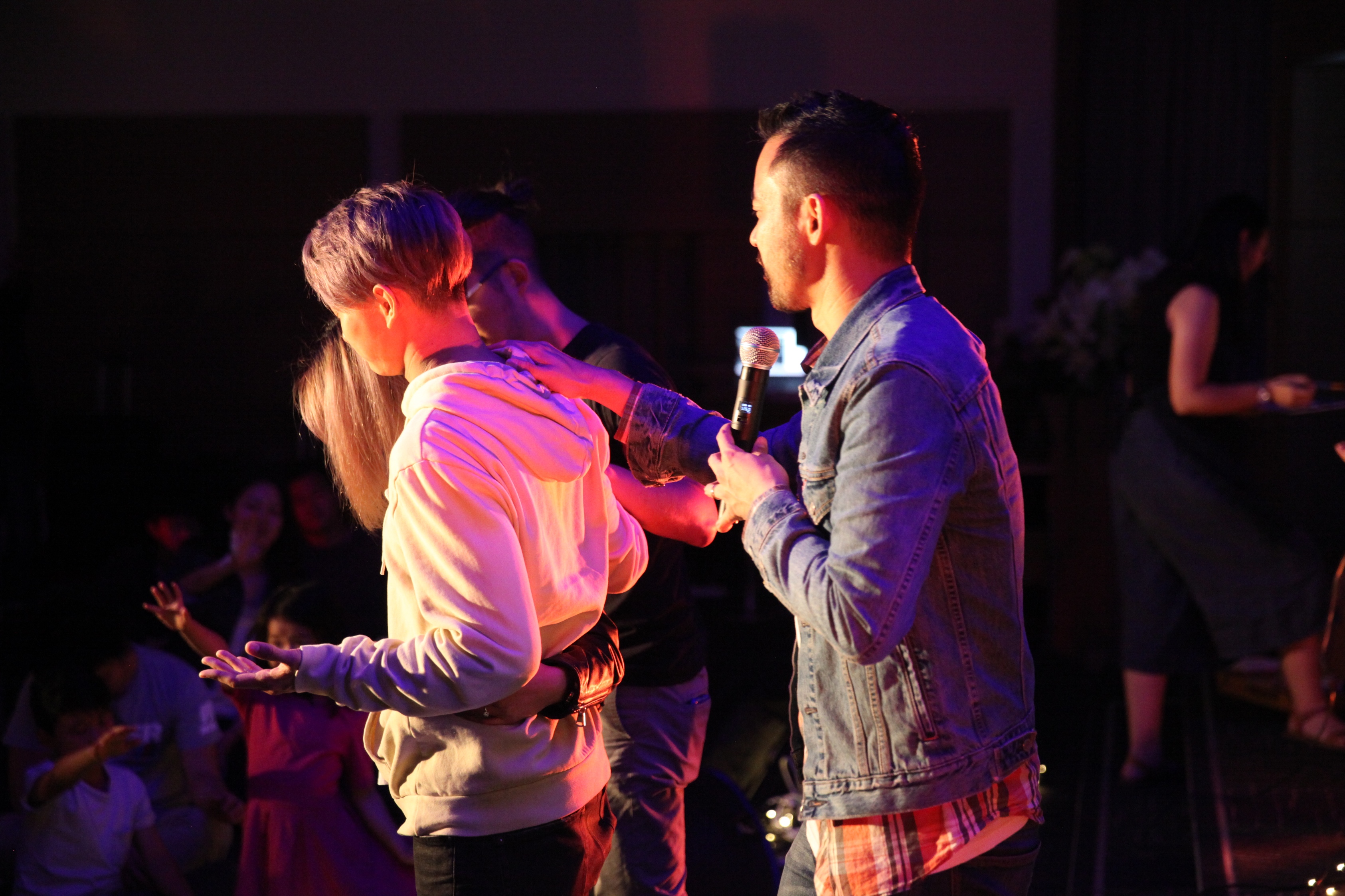 “Of course you believe in your sky-fairy. You were born into a Christian family and a Christian culture. It’s easy to be a Christian and you’ve probably never questioned the premise of your faith.”

“Of course, you don’t believe in women priests. You’re a man.”

“What do you know about minority oppression? You’re white.”

Of course, you hate gay people. You’re straight and cisgendered.”

Well, I’m a single, never-married woman in her late thirties. I became a Christian when I was 23. 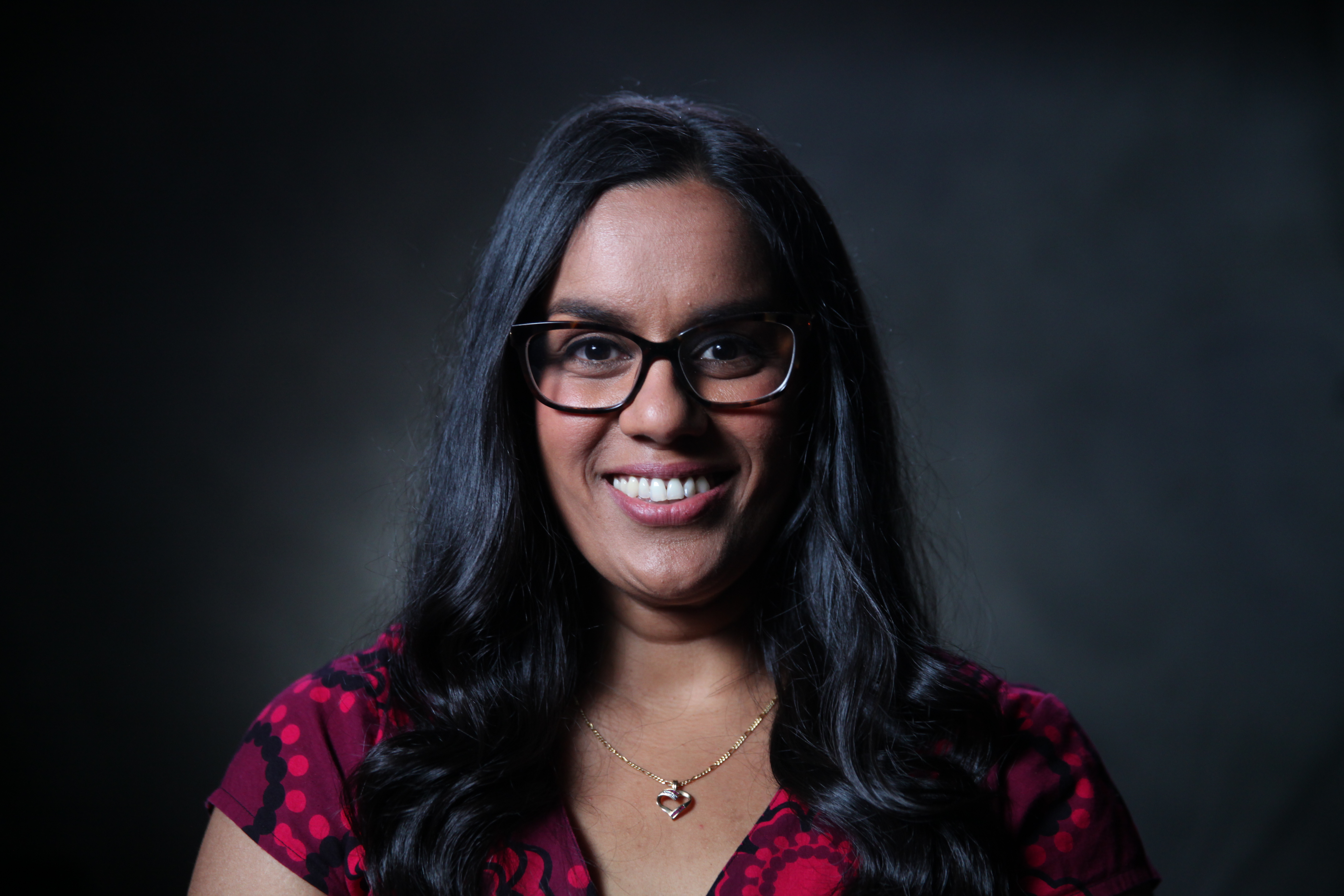 My family is from South India and I was born into the Brahmin caste of Hinduism, the highest caste – and incidentally, one you can only be born into. The Brahmins are the priestly caste, and only Brahmins can approach the inner room of the temple to make offerings to the gods.

It’s hard to throw the usual accusations at me because of my gender, ethnicity, marital status or childhood religion. Anyone refuting my statements can’t accuse me of being a straight, white male who grew up in the church.

It took me many years to take the plunge and call myself a follower of Jesus. The cost was high, but how could I deny the truth that Jesus was Lord, and that I needed to submit my life to him? My family was incredibly unhappy with my decision and they continue to be. But they love me deeply. There’s an invisible barrier separating me from them. There have been many tears and words of anger as they struggle to comprehend why I won’t bow down to the Hindu gods.

How did I go from “I’d rather be eaten alive by piranhas” to “Yes, I’ll do this”? I’ll be completely frank and honest with you; I felt that if Jesus’ command to his disciples to proclaim him to the nations was true, then I had no option but to go on the show. I knew that there was no benefit to me personally. My family wouldn’t admire my decision or look up to me. It was likely that no matter how well-spoken or kind I was, I’d probably be edited to look like a bigot. But I felt that I needed to give it a shot, if only because of my love for Jesus.

What did I learn?

It’s true. God really does give you the words to say.

I can’t enumerate how many times I went into a situation having no idea what was about to happen, and no idea of what to say. Before I went into the house, I didn’t really believe what Jesus said to his disciples “Whenever they bring you before rulers, don’t worry about how you should defend yourselves or what you should say. For the Holy Spirit will teach you at that very hour what must be said.” (Luke 12:11-12).

"God helped me every single time"

God helped me every single time. He literally told me what to speak, when to speak and when to stay silent. For me, one of the hardest times in the house was the session about abortion. This topic grieves me in a way I can’t articulate. It breaks my heart. Before we went into the room, God spoke to me and told me to remain silent until he told me to speak. I kept quiet, my face becoming hotter and my anger brewing as I listened.

Finally, I spoke, and in God’s mercy, the trajectory of the conversation changed. The session ended in a way that none of us expected. Steve Chong opened his Bible and read Psalm 139 in its entirety. Every tongue was silenced and that’s how we ended the session. In hindsight, I see that God had been preparing me for this moment, through my study of the Bible, being around faithful Christians, and exposure to solid Bible teaching.

I’m a materially comfortable, reasonably successful middle-class woman. Most of the things in my life are comfortably under my control. I admit that before I went into the house under the glare of TV lights, I found it hard (at times, I’d even think it was pointless) to pray regularly.
My church family prayed for me the whole time I was in the house. Steve and I prayed continuously while we were in there. We were at God’s mercy and we threw ourselves into his presence, pleading our case and praying for strength.

'Perhaps not all evangelical Christians were abusive and intolerant'

We saw incredible answers to prayer. When we thought we were about to crumble, something would rearrange itself to ensure that we could get an hour’s rest or time alone to pray and chat. Halfway in, we started to feel a supernatural love and care towards those who were attacking us. One of the housemates approached me at the end of the week and told me that meeting me had been a healing experience and that perhaps not all evangelical Christians were abusive and intolerant! 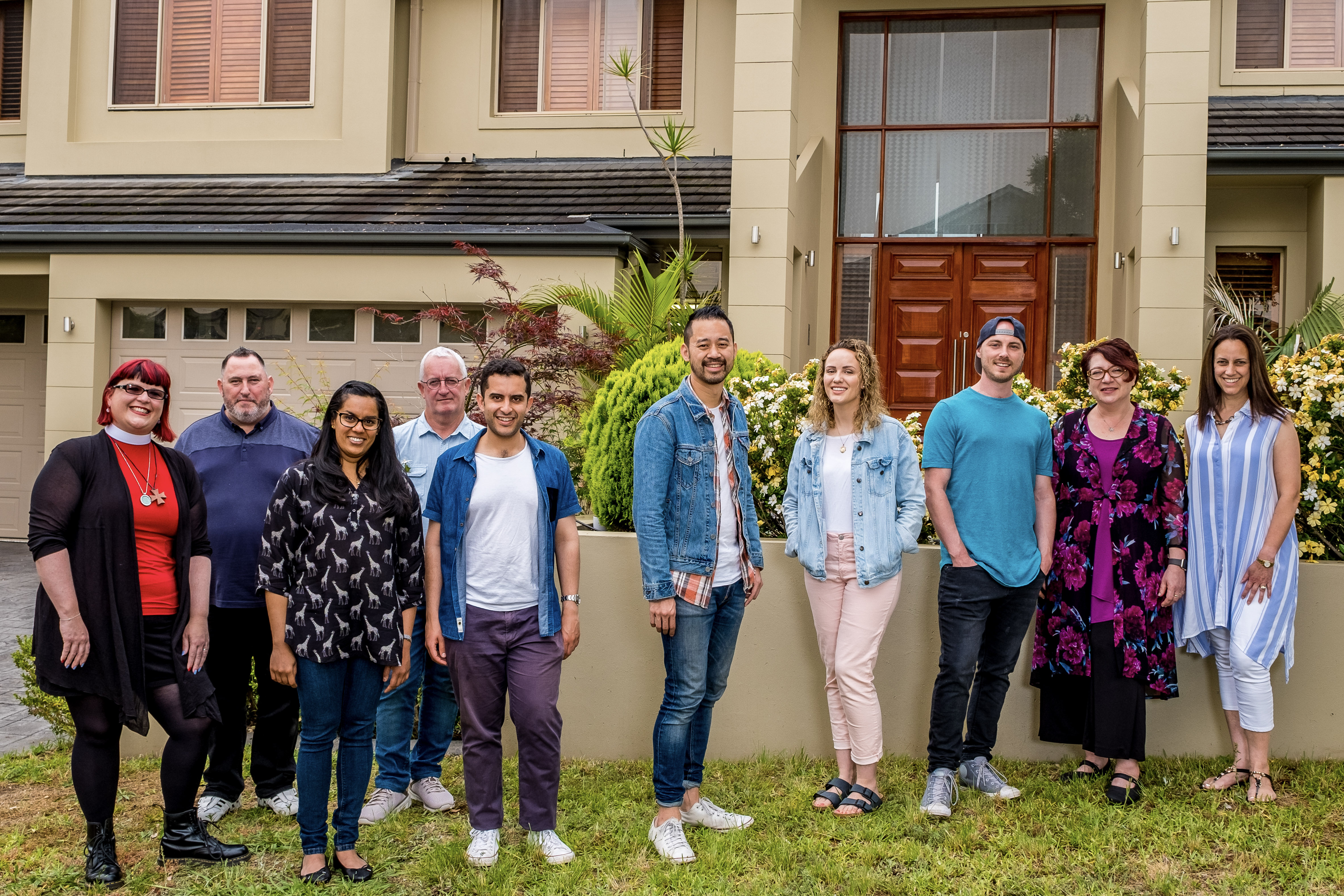 What a great line. There’s nothing like being completely out of your comfort zone, unaware about what’s about to happen and being attacked from all sides to make you realise that you’re not as strong, competent or confident as you thought you were.

My commander isn't a sheep

During my time in the house I was a weak, scared sheep who was on the verge of tears most of the time. But my commander isn’t a sheep, he’s a lion who has conquered evil and will bring healing and justice to this world. I march under his banner. I shelter under his shield. I wear armour that he gives me. 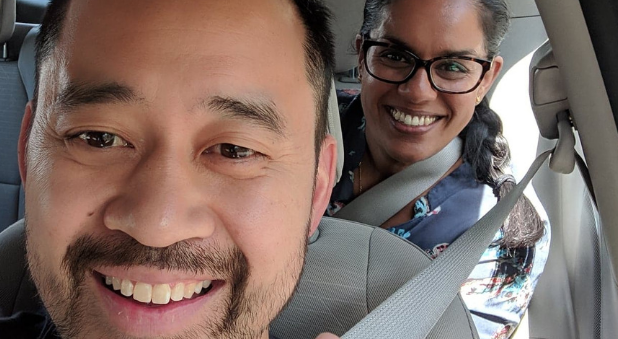 He promises me that he has dealt with the worst, most scary thing that could happen to me: an eternity apart from God and an eternity of his judgement. And so, following in his path, I was able to boldly do things that I never thought I could do. I survived what most people would never even contemplate doing.

I pray - and my church family are praying - that God will use the witness of the sheep to draw people toward Jesus.

We were taken to The Domain, in front of a crowd of atheists. As I rose to speak, they started abusing and heckling me. The abuse was so terrible, one of my “opponents” in the house immediately changed his mind about me and considered rushing to my aid and dragging me away from the abuse.

Bystanders gathered around to see why a group of grown men were shouting at a young woman, and I found myself preaching the gospel to tourists and museum-goers in addition to the atheists. Astoundingly, I felt nothing but exhilaration and peace while proclaiming the gospel to them. My lion commander loves me so much that he died on my behalf. He makes a path for me and gives me the strength to follow him wherever he leads me.

I may as well tell you upfront that being on Christians Like Us broke me physically, mentally and spiritually. I felt like someone had shattered me with a baseball bat and as I surveyed the damage, I wondered how I was going to put the pieces back together. Needless to say, I underestimated the impact the show would have on me.

In the end, was it worth it? No doubt people will watch it and judge for themselves. I pray – and my church family are praying – that God will use the witness of this sheep to draw people toward Jesus.

Is that worth it? You bet.

[TESTIMONY] Living with joy and delight

One in 9 Christians experience high levels of persecution