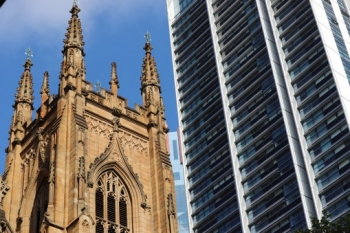 The horror of the massacre of Muslims, praying in a Christchurch Mosque, has resonated with people of all faiths and of none around the world. That anyone, let alone an Australian, could execute such an atrocity and film it for his heinous gratification, is still hard to believe as the extent of this crime became fully known.

I have conveyed to the leaders of Sydney’s Muslim community our absolute horror and revulsion at these attacks and our determination to stand with them in condemning all acts of violence, especially racially and religiously motivated acts of inhumanity as we have seen. I have also conveyed our condolences to the New Zealand High Commissioner, Dame Annette King, indicating our solidarity with New Zealand.

In St Andrew’s Cathedral today special prayers will be offered for survivors and families of the victims, while a minute’s silence will be observed to commemorate the dead. The NZ Consul General in Sydney, Mr William Dobbie, will be in attendance for this service.

Our hearts cry out to the God of all comfort, the Father of our Lord Jesus Christ, in whom alone will justice and mercy be found, especially when events such as these overwhelm us.