Angus Olsen isn’t sure how many copies of his picture books are circulating the globe, but he suspects hundreds of thousands of people are reading his work. His illustrated stories documenting childhood cancer are available for free online, and are inspired by his daughter’s own journey.

Mr Olsen, a member of St Hilda’s, Katoomba, didn’t set out to be an international children’s author, but – as he uploaded drawings of his family’s cancer experience – his social media following grew to over 40,000 people.

Since the surprising popularity of his first book, My NG Tube, he has created more than 20 books about cancer and its stages and treatments. Volunteers have translated his works into over 20 languages, including French, Chinese, Greek and Swahili. He has also teamed up with several cancer charities to create resources and raise funds for childhood cancer research.

His world turned upside down

Mr Olsen’s daughter was just two years old when she was rushed to hospital after a radiographer discovered a dark mass.

“Jane’s cancer therapy was a nightmare I couldn’t fully express with words, which is why I started drawing childhood cancer,” he says. “It was white-knuckle terror with the threat of death hanging on every decision. God sustained us through it.”

Jane has been in remission for four years, and is a happy, healthy seven year old who enjoys My Little Pony, bushwalks and playing Minecraft. Mr Olsen says God consistently cared for his family, both through the people at his church and hospital medical staff.

“God gave us so much more during that trial, more than I could ever list. Our church, St Hilda’s, Katoomba – which we’ve been part of most of our lives – raised money, they brought food, they prayed constantly, and our rector Ray privately cared for me personally.

“God gave us so much more during that trial, more than I could ever list."

“In the darkest places, the Christian can know Christ’s light in the smallest good,” he adds. “Whenever Jane’s vitals lifted, I saw blessing. Whenever she took a little water by mouth, I saw blessing. He didn’t have to save Jane from cancer, but he did.” 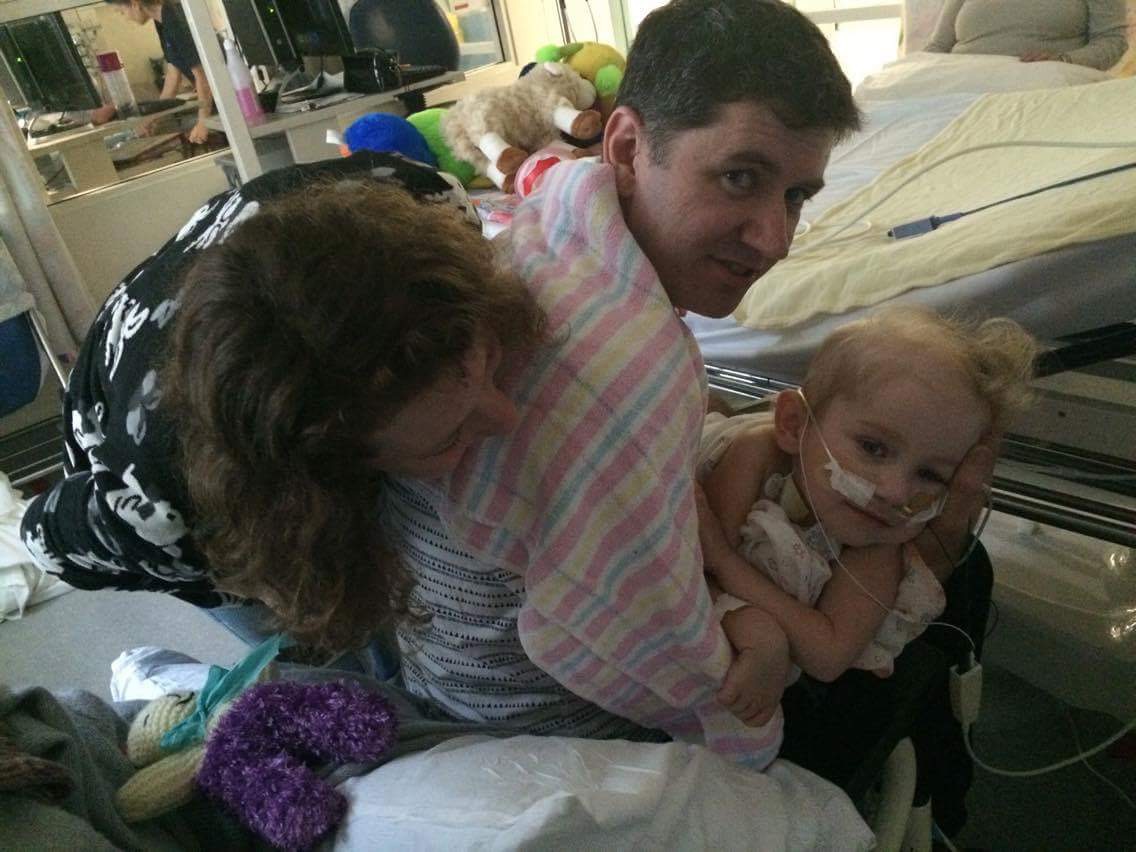 Mr Olsen found particular comfort and strength from Paul’s letter to the Corinthians: “And God is able to bless you abundantly, so that in all things at all times, having all that you need, you will abound in every good work. As it is written: They have freely scattered their gifts to the poor; their righteousness endures forever” (2 Corinthians 9:8-9).

Blessed to bless others

Before his life as a café owner in Katoomba, Mr Olsen worked artistically, including a short stint with Walt Disney Television Animation. When he started sharing his drawings of the cancer journey online, his illustrations spoke volumes to other families.

Mr Olsen has made PDF versions of his books available on his website at no cost. He is committed to using what he has been given to bless others. For some countries, this is the first time oncology material has been available in their language.

“So much has been given to me!” he says. “When I offer my work for free, it can do so much good – from reducing stigma to lifting paediatric medical advocacy.”

He receives donations that help cover basic costs, but has no plans to profit from his work.

“It doesn’t feel right to start choking money out of something that helps so many sick children around the world,” he says. “I’m happy creating beautiful things for very sick children just for the pure joy of it.

“I have been blessed through trials with the ability to create visual tools useful to oncology around the world. It is a wondrous treasure to witness people’s lives lifted by it. I am enormously thankful for that.”

New device takes gospel message to those who have not heard