Drought diminishes, but funds are still short in the bush.

The fields are green, growing and gorgeous – and many farmers across NSW are looking forward to their first harvest in years.

“It’s probably been one of the biggest winter plantings in a long time,” says the rector of Narrabri, the Ven Dr Bernard Gabbott. “Wherever you look, crops are coming up. When you drive past paddocks, you feel you could almost walk on top of the wheat. It just looks magnificent.”

Southern Cross has spoken again to rectors we contacted in February to see how their churches and communities are faring, and to find out whether, for them, the drought is over at last.

Six months ago, 99 per cent of the state was officially in drought; now, that has plummeted to 43 per cent. And while, in late August, 10 per cent of NSW’s dams and water storage systems were still at under 20 per cent capacity, this is a significant improvement from the February figure of one in three. 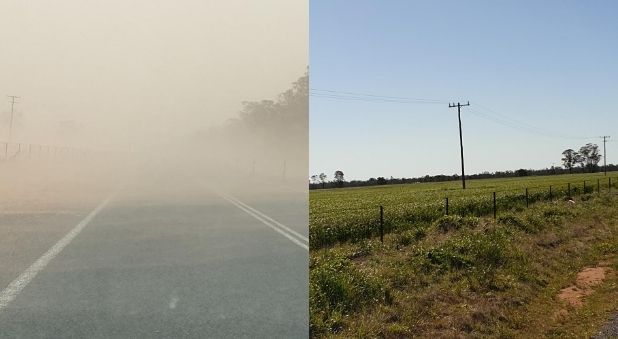 “We’ve had lots of rain – lots of rain,” says the Rev Paul Kumasaka from the Riverina parish of Lake Cargelligo, adding: “The congregation members are rejoicing”.

The lake is full, he says, the Lachlan River is “topped up” and there have been consistent falls in recent months, so the local mood is buoyant.

“This will be the first harvest for three years.”

“This will be the first harvest for three years,” he says. “Last year and the year before the local silo didn’t operate but this year it will, although I’m hearing the price of crops is down because they’re expecting a full harvest everywhere.”

Farmers with sheep and cattle are also doing well in his area, because the drought-breaking rains have produced lots of feed for their stock.

Of course, Riverina farmers may not have the same stock numbers, if their drought experience is anything like that of farmers in the far north of the state.

The Rev Kurt Langmead from Lightning Ridge Community Church says his family visited a local sheep station, where they were able to watch sheep being shorn for the first time.

“Three thousand sheep sounds like a lot, but originally this property would be shearing between 20,000 and 25,000 at this time of year,” he says. “It takes years to rebuild stock numbers. 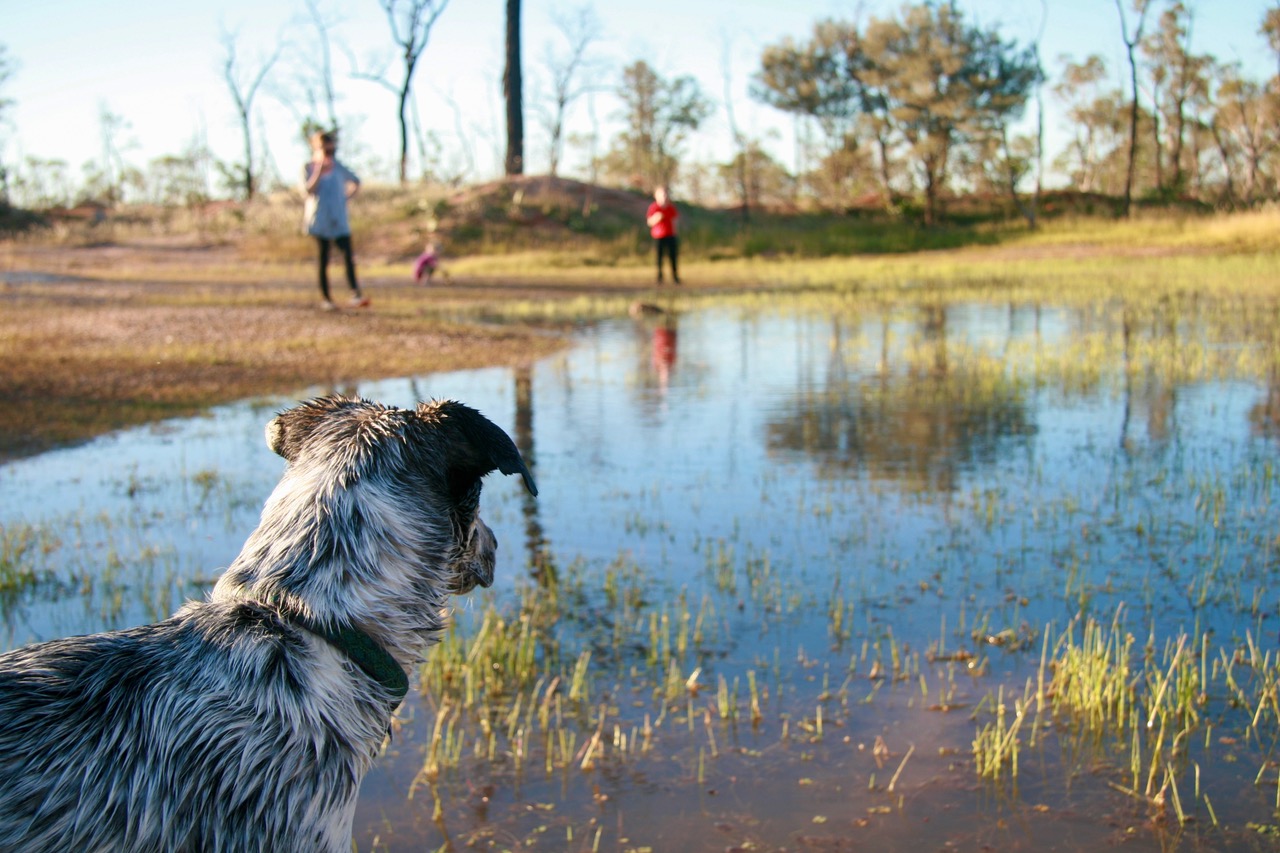 “That farmer is responsible and wise – and also a Christian, so he’s giving thanks for the rain – but it’s going to take multiple seasons of follow-up rain and multiple seasons of restocking to breed up his numbers back to where he would like them to be.

“A complicating factor is that with uncertainty in the global trade situation due to COVID-19, the wool prices [from] big purchasers are down, and prices are down for other agriculture commodities like grain. Rain falls and the farmers grow it, but they still need to be able to sell it, and you might not be able to sell it at the price you would like to.”

Yet although Lightning Ridge hasn’t had the same kind of rainfall as other areas, “in God’s providence we’ve had just enough rain at just the right time,” Mr Langmead says. “We’re starting to get heads coming out on the barley crops and it looks like it’ll get through to harvest, so there are farmers with smiles on their faces at last and lots to give thanks for.”

The rector of Gilgandra and Archdeacon of The North West region of the Bathurst Diocese, the Ven Grahame Yager, agrees. He is rejoicing to see “rich, dark wheat fields” surrounding his town, and is also aware of the blessing it is that communities didn’t have to grapple with COVID at the same time as the drought, as they would not have been able to meet in person in the same ways to support and care for each other.

“I’ve had people tell me that they would feel ashamed to ask for drought assistance when everything is so green...”

Yet while he is no longer receiving many requests for financial assistance, he knows plenty of locals are still doing it tough.

Even if all goes well with the harvest, he says, farmers “have had to spend more money to be able to plant, because very few people were able to keep their own seed after having so many years of failed crops. It’s going to be the end of the year before people start to get some income and… they’re going to need a number of good seasons before they recover.

“The requests for support have drastically slowed, but I’m needing to be very careful because I’ve had people tell me that they would feel ashamed to ask for drought assistance when everything is so green… Last week I sent one person a message saying, ‘May I please get some support for you?’ and in the end they said ‘Okay’.

“However, people are resilient and although the greenness mightn’t give an income straight away, it does give hope.”

For Mr Langmead, a coffee voucher scheme organised by Anglicare that’s about to begin locally is a cause for great thanks. It will give parishioners the opportunity to take a farmer or someone else from the Lightning Ridge community out for coffee, providing “time and space” for conversation and care.

The church has also begun supporting subsidies at the local chemist with drought assistance funds from Anglican Aid. The program, begun by Rotary earlier this year, makes all prescriptions on the Pharmaceutical Benefits Scheme free for 76 farming families around Lightning Ridge.

“When the scripts go out, there’s a little note with it that says, ‘Provided by your local community church… we’re praying for you’,” Mr Langmead says.

Two farmers have already written to express their thanks, and he is delighted. “The farmers are very proud and resilient, so they rarely respond,” he explains. “It might just be this particular scheme has found a way to help farmers without them feeling too proud to take the help that’s offered.”

“It’s been a good reminder from practical life that God always provides.”

Out at Narrabri, Archdeacon Gabbott is tremendously thankful for the support his parish has received in recent times, particularly through Anglican Aid and St Paul’s, Chatswood.

“Steve Jeffrey [Chatswood’s rector] grew up in Narrabri and they’ve reached out to us and said, ‘We want to make you a mission focus for our church’,” Archdeacon Gabbott says. “Last year they gave us $10,000, which we used to buy gift vouchers for all the small businesses in the main street. In these last school holidays he came up to visit, and they’d raised another $10,000! 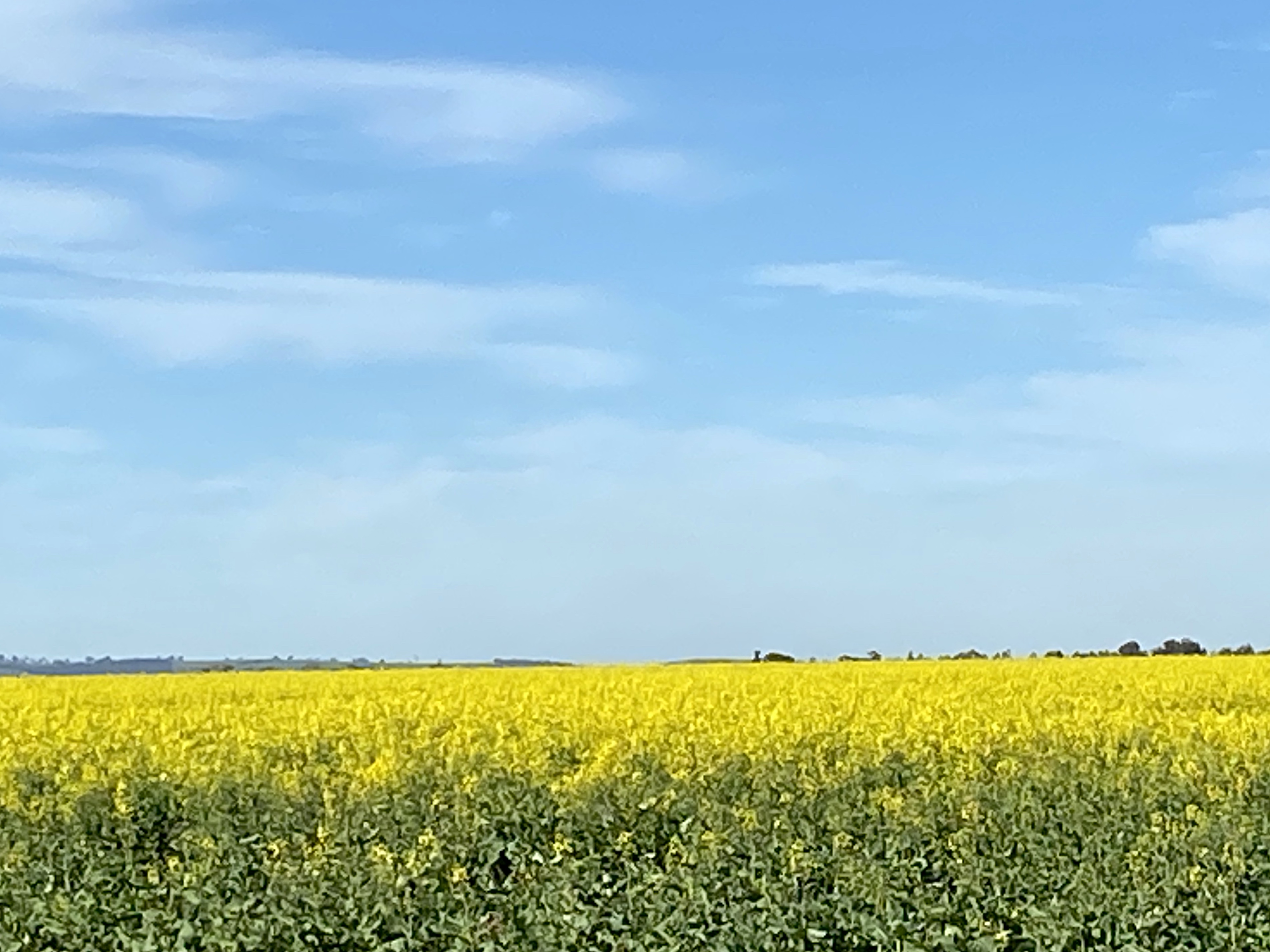 “He said, ‘Please use this for your day-to-day running as a church’… we were able to give a farming family $5000 so they could afford to pay some of their bills. We are so thankful – that’s been a godsend – and the money that’s also come through the [Armidale] diocese from Anglican Aid has been astronomical. In our parish we’ve given out more than $30,000 in the past 18 months.”

COVID has also provided him with a timely reminder that everything is in God’s hands.

He says earlier in the year his parish council told him they were expecting the pandemic to result in a 40 per cent drop in congregational offertory. “I was really stressed,” he admits, “but three members of parish council who were in the middle of dealing with the drought said, ‘He’s always provided – stop stressing!’ It’s been a good reminder from practical life that God always provides.

“I’ve not met one hard-core atheist in my time in the bush,” he adds, “it’s just that people don’t want Jesus as boss. Christians are incredibly thankful for the rain and the wider community is excited – it’s just bringing the two together, so people see the link.”

- Praise God that the drought is now over in so much of NSW. Pray for the farmers and communities still coping with the after-effects of drought and consider supporting them financially if you are able (to date, Anglican Aid has distributed $586,000 through local churches from its ongoing appeal.

- Give thanks that farmers have been able to sow crops; pray for rain and good weather at the right times to ensure the harvest can finish growing and be brought in safely.

- Pray that communities will continue to support each other and for locals to be open to receiving help if they need it – particularly those in financial hardship or grappling with mental health problems.

- Pray for God’s hand to be on those unable to keep their farms going during the drought, who have had to leave the agricultural industry (and in some cases their local community).

- Pray that non-believers will have their ears and hearts opened to the gospel.

- Pray for wisdom and safety with regard to COVID-19.

1.
Church takes flight in new airport corridor
2.
Preparing to minister to future Sydney
3.
Thousands lift their voices to God
4.
Food and fellowship on the northern beaches

How the heavenly Father has shaped these two dads