How one church is sharing the light of Christ at Halloween

Although Halloween is a time of celebrating things of the dark, some are using it to share the light of Jesus. Last Saturday in Lithgow, while the council hosted its annual Halloween festival, a team of Christians worked hard to point people to Christ amid the monsters and zombies.

The festival happened on Main Street, Lithgow, outside the recently opened Anglicare store. The Anglicare team, headed by manager Kim Squires, worked with Kristen Young – the pastoral outreach worker for Anglicare – and members of St Paul’s, Lithgow to creatively connect with punters.

They hosted storytime sessions, organised packs for children and held a colouring competition. Children came throughout the afternoon to hear a picture book adaptation of The Lion, the Witch and the Wardrobe, and more than 200 Jesus Brings Good Things to Kids DVDs were handed out. 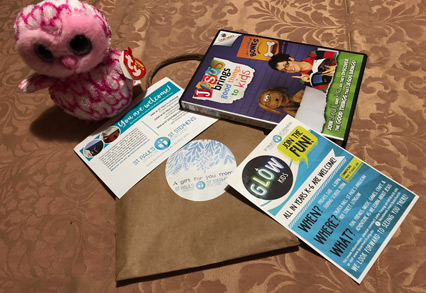 “We wanted to provide a link with the gospel, and be a light and a positive place in that festival,” Ms Young says. “Outside there was a lot of dark stuff, like actors dressed as zombies lunging at people. The shop provided a place for kids where they weren’t overwhelmed by the blood and decorations.” 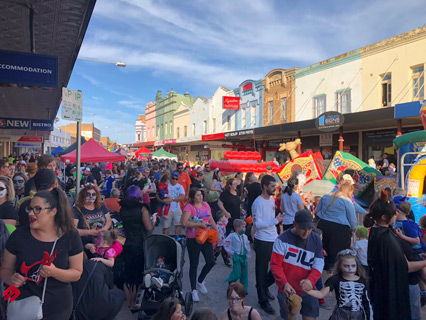 This is not the first time St Paul’s has tried to sensitively engage with the community over the Halloween weekend.

“Our town is spending a phenomenal amount of money promoting Halloween and making it a tourist thing,” says the Rev Mark Smith, rector of St Paul’s. “We want to adopt a Paul-in-the-Areopagus model and shed some light on the ‘unknown God’, the one who made you and who loves you. We’re trying to engage in a way that is helpful and makes the most of the opportunity.”

In previous years the church has organised a gospel illusionist to perform and present a clear gospel message. This year, with Anglicare in the main street, the church went where the festival attendees were. Mr Smith says Narnia storytelling allowed children to hear about “Christ as the Aslan, and the deep and better magic of Christ, who offers life and forgiveness”.

The parish’s efforts to connect during the Halloween festival are one of many ways it aims to serve and reach the community. “As we do this, we are sensitive to the fact that not everyone finds Halloween easy or agrees with doing anything, but we’re humble and hopeful that this is an appropriate way to bring the light of the gospel in a dark place,” Mr Smith says.

Ms Young adds that there is plenty to be thankful for. “We’re praising God that 200 DVDs went out to kids and their families,” she says. “Our main prayer point is that families might be willing to watch those DVDs and see the eternal life that Jesus offers.”

Main photo: The front window of the Anglicare store decorated for the storytime event