Why you should think of your life as a bus stop

As I write this, my friend and dear Christian brother looks like he will soon lose his home.

He came from little and has even less due to a past, and a body, ravaged by one extreme of the human condition. But he has a home. Lived there 60 years. All his life, bar three years of it.

It's nothing to look at. Old, crumbling, patched, cheap, slightly musty, in an undesirable part of town. But he thinks it's more than he ever imagined he deserves.

There he grew up, but it was far from paradise. There he saw brutality and anguish and horror. Words were weapons, damage was daily and the scar tissue on the heart remains. He himself was no angel. He'd be the first to tell you that.

Then… God happened. God shredded the darkness and mess of his life, and my friend turned to Christ in that house. And a transformation took place in him that those who knew him couldn't, and some wouldn't, believe. And rather than desire understandable escape, he stayed in that home, as if it were a perpetual reminder to him of the extraordinary power of the gospel and the unimaginable love of God – that through Jesus, God would save him… him!!

This place became a pointer to God's goodness and grace in Jesus. You will not meet a more humble, thankful, never-take-salvation-for-granted person anywhere!

He turned that home into a place that demonstrated the love of God that had been shown to him. He showed extraordinary sacrificial love for his father as he nursed him through years of a long, slow, tortured death… in that house. His tireless care for his ageing, immobile mother. Daily, clockwork, never missing a day. She, too, turned to the Lord Jesus, and I had the privilege of pastoring her as well for the last decade of her life.

His deceased father and weeks-ago deceased mother wanted him to stay there, live there, die there. So did he. But now he will lose it, for nasty greed and the love of money followed him home from his mum's funeral. Vicious. Heartbreaking.

[This home is] almost all he has known. He will lose it. But... on the day he turned to Christ, that home became a bus stop.

See, this house may have once been like a war zone but it was also a place to return, even when at his worst. We all need somewhere to return. His home was a beacon when he lost his way, and haggard though it was and is, it eventually became a harbour. A refuge. A balm. It's also a picture frame of memories. Human history. His story.

It's almost all he has known. He will lose it. But here's the thing. On the day he turned to Christ, that home became a bus stop. You know the ones with a little rain/shade shelter and a bench seat? Bus shelters are temporary, and we are only there temporarily. They are a place to wait on your way to a destination. But we still need them, while we wait.

He had hoped this shelter would see him through. He thought the walls that had absorbed such wounds would now embrace him in familiar comfort till his last breath. It's still only a bus shelter, but it's the only one he has or will ever have.

I was with him when he was told it was most likely he would lose the house. Broken, heaving, sobbing, and not simply by the loss but by someone with far more, but for whom more is not enough. King hit in the heart. Callous. Savage. The law is not always just. 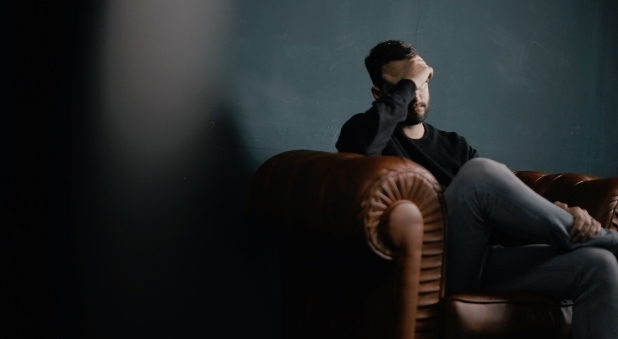 Completely insensitive, I said, “It's a bus shelter”. He, transformed by grace, gave me grace. “I know,” he gently sighed, with a tone that left a quiet trust in God on the palette after the desperate sadness subsided.

Do you see life as a bus stop?

I wonder, do you see this life as a bus stop? All you have, a bus shelter? Times are difficult and uncertain for many. Hang in there. Persevere. It's a bus stop.

For some, times are not so difficult. It's still a bus shelter. No matter how much you add, it's bling on a bus stop. The birds will still bomb it, dogs will relieve themselves on it, and some kid will decorate it with a spray can.

My friend will still lose his bus shelter but there is a home he will not lose! His destination is certain. Just not sure where the next stop is. Pray for my friend.

1.
Sharing the food and faith love at Greenacre
2.
How to share the Easter story with your kids
3.
Bringing Jesus to a needy city
4.
Griefshare at Sadleir supports those who mourn

Griefshare at Sadleir supports those who mourn