If you’ve gone back to church, perhaps you’ve felt the incredible awkwardness when the band begins to play and no one in the room is allowed to sing. Or maybe you’re still watching church from your living room, where even though it might only be you and your household present, it still feels weird to sing along in such a strange circumstance.

According to Daniel Sing, music co-ordinator at St Barnabas’, Bossley Park, one reason not singing together feels so strange is because it goes against everything we want to do as the gathered body of Christ.

“I think people are generally thankful to meet together in community and fellowship again, but honestly they miss singing,” says Mr Sing, whose congregation has been gathering physically in small numbers since early July. 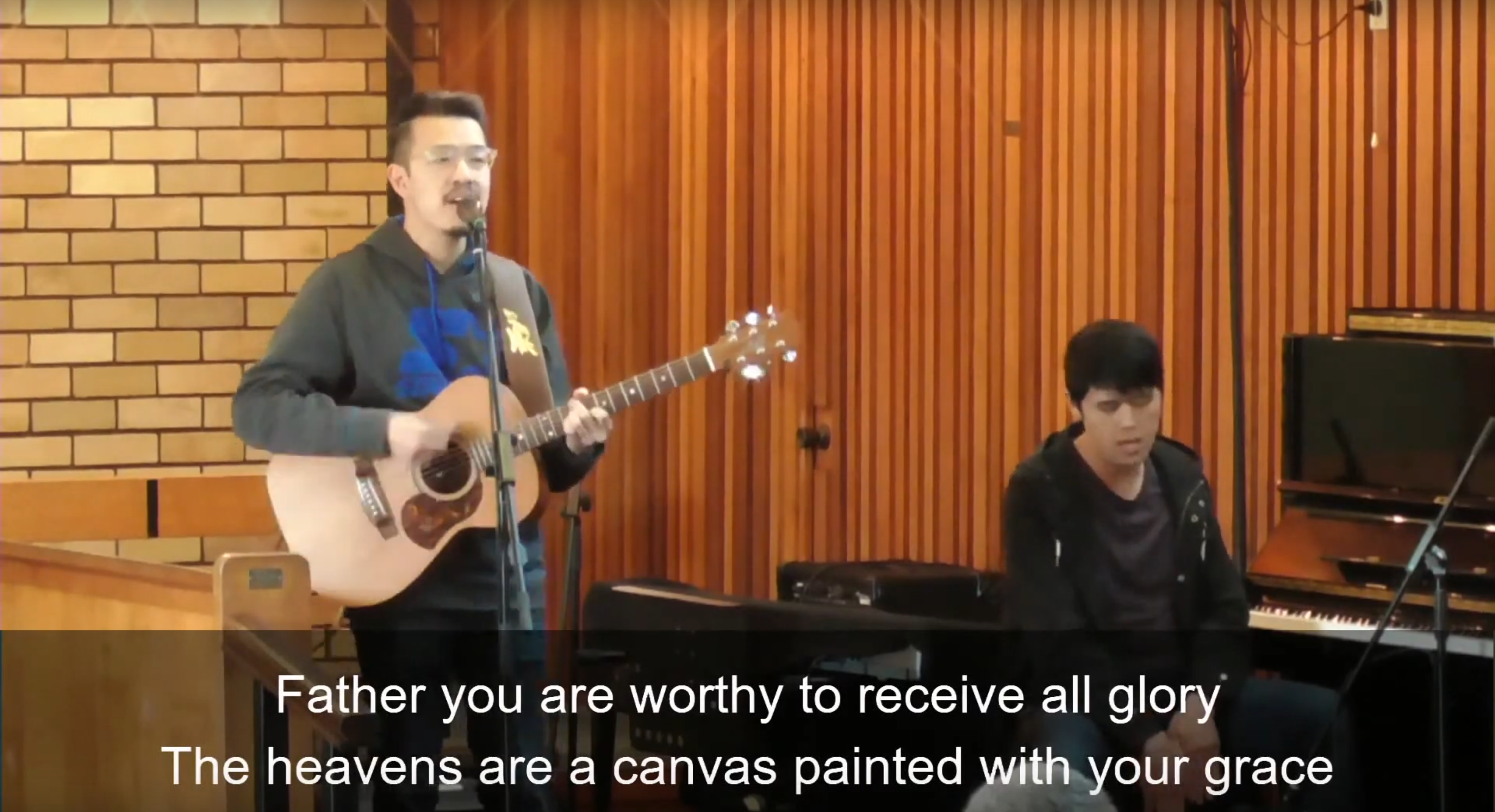 “Singing is a profound and tangible act of unity together. There are not many things that express our union to each other through Jesus like singing. There are the creeds, sure, but music does something that words can’t do by themselves. When you marry music and words together, there is something profound that happens that gives new meaning to words, or helps us to understand the words in a mysterious way.”

"Singing is a profound and tangible act of unity together"

St Paul’s, Castle Hill is still livestreaming its services, but the lack of singing is also being felt in its congregations.

“People are still questioning – seeing that singing is such an integral part of what we do – will it be weird to go back and sit apart in a room?” says James Ferguson, one of the worship team leaders and a CityAlight guitarist and songwriter. 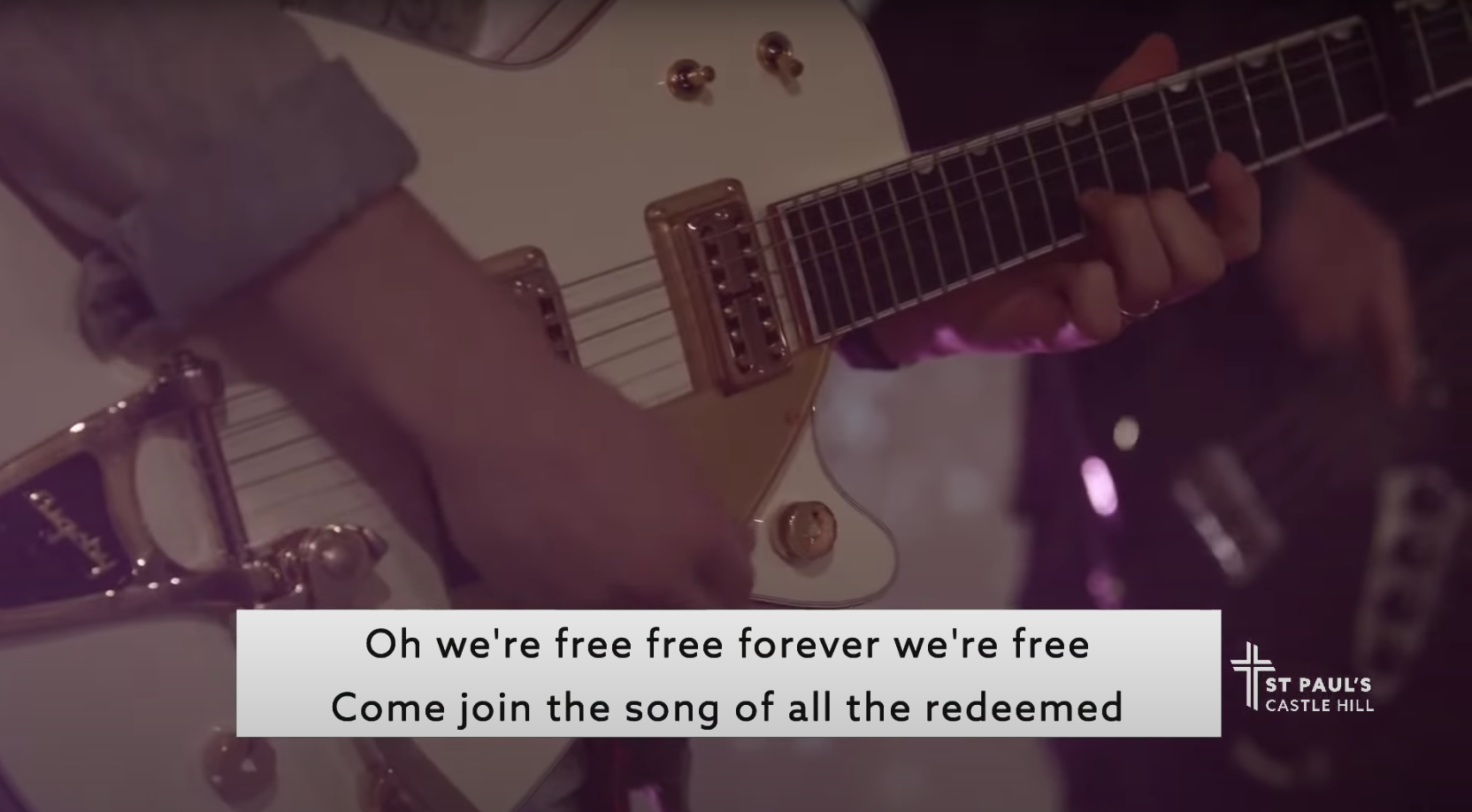 For Mr Ferguson, this time has been a chance to reflect on other ways to worship God, and focus on pursuing God personally and praising him through prayer. “Not being able to sing together has challenged a lot of people and how they express their worship,” he says. “Not having the Sunday gathering makes me realise I miss the ability to sing with other believers.”

It’s awkward for everyone

Musicians at church are taught their role is to lead rather than to perform, and doing this well means the congregation can focus on Jesus and sing to him and each other.

“We are taught as song leaders to connect with the congregation,” Mr Sing says. “I don’t know whether to engage with the camera or with the people sitting there.

“How does it feel? At best awkward, at worst, extremely uncomfortable. I’ve never been in a situation as a professional musician where I’ve been stared at while playing without the purpose of examination. This is not anyone’s fault. The leader of the service says, ‘This is a chance to sing in your heart and reflect’, so they might be being thoughtful, but essentially we’re getting a wall of faces.

“Often what bands get encouraged by is when they feel people are facilitated to sing, but now we don’t know if we’re doing our job well. The metric for whether we were doing a good job was never how good the music was, but whether you could hear or see people singing.”

The adjustment has also been strange for the worship bands at St Paul’s, with congregations still absent. “We do a devotion before rehearsal, and our focus in that time is to encourage and remind people that there are potentially a hundred people watching online, even if we can’t see them,” Mr Ferguson says.

“We want people to know and feel that the church is out there singing with them. People might feel weird sitting in their living room and singing to a screen, so we try to make people comfortable to sing at home and join in the worship.”

Mr Ferguson believes this temporary change to how we worship will also lead to new songs birthed out of personal reflection and devotion.

“Everything is in a state of flux and the world is being tipped on its head, so the songs I’ve been involved in writing have focused on the characteristics of God, in particular that he is unchanging,” he says. “We’re trying to put all the glory and focus on God, which will hopefully bless and connect with people.”

Three ways we can serve our music teams at this time

“I teach my students that being a good audience means giving eye contact and smiling,” he says. “I think a smile goes a long way, it shows that you are engaging with something that happens up front. If a church is meeting together, find a tangible way to express that you’re engaging with the song, whether it’s a smile or clapping. No one said you can’t clap.

“One thing that congregations can do if you’re watching online is shoot a message to say thank you to the bands and song leaders. That can really encourage your musicians.”

2. Be slow to offer feedback, even if it’s helpful

Mr Ferguson observes that musicians have worked hard to adapt quickly to the changes, and many bands are figuring things out as they go along. Mistakes and other mishaps will occur, and things won’t always be perfect, but congregations can bless their musicians by showing grace and patience and not jumping to offer criticism – “even if it comes from a place of wanting to improve things”.

3. Pray for your music teams and fellow Christians

“A good prayer would be to pray against pride and pray for humility,” Mr Ferguson says. “It’s inevitable that when you point a camera at someone and tell them to play, performance feelings creep in. That opens the door for people to have pride and forget that what they’re doing is for God. Prayer against that attitude would be helpful.”

1.
Coronavirus Update - Trust, pray and love
2.
Three ways to delight in the Lord
3.
Hospital chaplains share how their work has changed
4.
What comes after Freedom Day?