‘Speak on behalf of those yet to be born’ 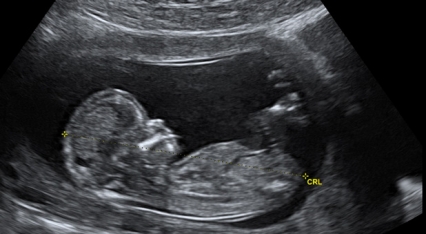 The bill is to be introduced into the New South Wales Parliament this week and has the support of the Health Minister and Premier, as well as some members of other parties.

Abortion is legal in New South Wales if "the operation was necessary to preserve the woman involved from serious danger to her life or physical or mental health which the continuance of pregnancy could entail".

"I appeal for a respectful debate concerning abortion and I urge MPs to use their conscience vote to reject this bill. It is not appropriate to rush this bill without widespread community consultation." Dr Davies said in a statement.

"Abortion is available in New South Wales and the criminal code provisions have not prevented women from seeking abortions. Rather, the law strengthens the protection of women from pressure, medical malpractice and safeguards the consciences of doctors. In the rare cases that criminal sanctions have been applied, it was clear the circumstances warranted prosecution."

The Archbishop said the laws are being proposed at a time when those who wish to speak against abortion, including many women, are being denied that opportunity.

"In particular, signs sponsored by the Emily's Voice group were recently ordered off buses for simply stating a medical fact - that an unborn child's heart is beating at four weeks.When has a democratic society prevented the publication of facts?" Dr Davies said.

"A respectful debate needs to hear all sides of the issue, including those who wish to speak on behalf of those yet to be born."

Archbishop Davies, along with Catholic Archbishop of Sydney Anthony Fisher and the Primate of the Greek Orthodox Archdiocese of Australia Archbishop Makarios, later wrote to the Premier.

"The text of the Bill has had limited exposure in the public sphere. There has therefore been no opportunity for voters to have their voices heard by their elected representatives, nor even for those representatives to have the necessary information to cast an informed vote on the Bill." the Archbishops said. "The communities we represent are deeply concerned about this lack of due process on such an important issue, and we are disappointed that the government would prioritise this Bill when the matter was not foreshadowed with voters at the most recent election."

MPs have delayed debate on the Bill until next week.

Meantime, Archbishop Davies has urged Christians to pray and to contact local MPs, who will be in the process of deciding how to vote on the legislation.

Archdeacon Kara Hartley has written a prayer for use over the next week.

Heavenly Father, Lord of life, We thank you and praise you that you are the author and sustainer of life and that every person is created in your image and is precious in your sight.

We pray today knowing that our Parliament is considering significant changes to abortion law in this state.

Father, we pray for those among us for whom this is a very personal issue and a source of deep distress. Strengthen and uphold those who grieve the loss of their child. May the love, forgiveness and hope found through Christ be their comfort. As a Christian community give us compassion and understanding for any among us who have faced this situation.

We pray for our politicians, as they come to vote on this issue next week. May they show courage and commitment to the dignity and sanctity of each human life.

We also pray for ourselves. Help us to speak with grace and sensitivity to one another, among our friends and neighbours and with our local MPs. Help us to be courageous and wise in defending unborn children. Help us not to shy away from our convictions, but boldly stand firm in the truth that all life comes from you and is precious in your sight.

For Christ’s sake and in his name, we pray.