Nobody ever plans to become crotchety in old age but it happens to some. On the other hand, we all know elderly Christians who refresh us and build up the church with their presence, kindness and encouragement. How do we go about becoming more like one than the other?

In his role as chaplain at Woolooware Shores, one of Anglicare’s independent living retirement villages, the Rev Garry Dawes has the privilege of working alongside many older people. He’s observed some of the key ways Christians in the village provide encouragement and are a blessing to him and their neighbours.

They are praying people

“I have a person who, in every sort of interaction we have, will take me aside and let me know that I am part of their constant prayer list,” Mr Dawes says. “There is a real sense that we are in this part of God’s journey together. He understands [that] we’re to be about encouraging one another.”

They are mission focused

Mr Dawes says the mission-aware residents of Woolooware Shores recognise that “we’re the group of people God has put in this place at this time to represent Jesus and build the kingdom. Folk will often want to encourage me and let me know they’re praying for me. They also give me ideas for how we can care for each other or reach out to the wider village community to encourage and care for them.” 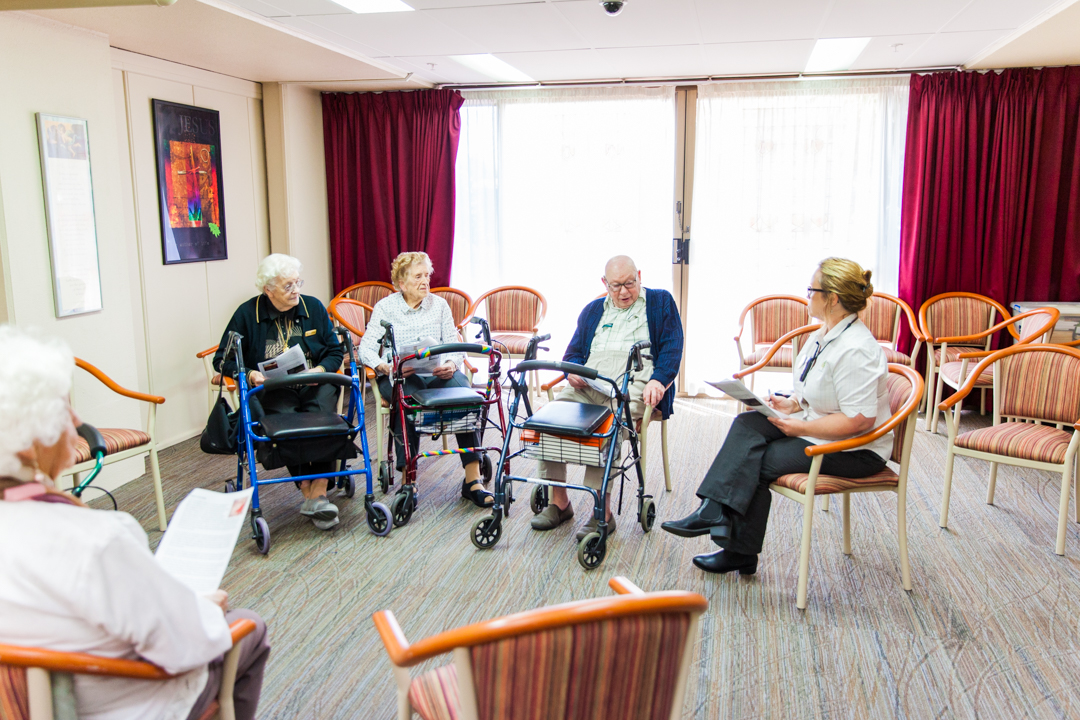 Society can easily make older people feel as though they are past their prime. However, the lives of encouraging saints are profoundly shaped by the knowledge that they are not forgotten by God.

“They know he continues to have a purpose for them at their age and stage,” Mr Dawes says. “Various people might say, ‘Grandma and Grandpa, you sit in the corner’, but the God of creation says to press on in the purposes he gives us.. the notion of being encouraging to one another flows from that.”

“Having a walk with the Lord and seeing stuff with the eyes of his heart means the things that could consume you are kept in their right proportion… I started my sermon the other week with the phrase ‘Old age is hard work’, and everyone engaged because that’s the reality of life. But it’s not the sum total of what life is about. Their walk with the Lord allows them to put that reality of life onto a bigger canvas, onto a bigger perspective and keep it in proportion.”

Mr Dawes considers it a privilege to see people continue to trust God, whether they’ve developed this trust over nine decades or whether they’ve recently come to Christ. They truly know what it is to experience trials and hardships and they know they will not be abandoned by the Lord.

“The benefit senior saints can pass on, having walked with the Lord, is they can add a perspective for younger folk,” he says.

“To the young family who feels overstretched, or to the person who has lost their job, or to people who had a split in the church or whatever it might be... [they can say] that this tough time, whatever it might be, will pass. And if you continue to trust in the Lord, he will be with you now and he will also be with you in five or 10 years’ time when this experience is just a memory.

“As we reflect on the reality that this person has walked with the Lord... and has lived their own ups and downs, their own highs and heartaches, it’s a tangible, visible, standing-in-front-of-me example that the Lord is faithful.” 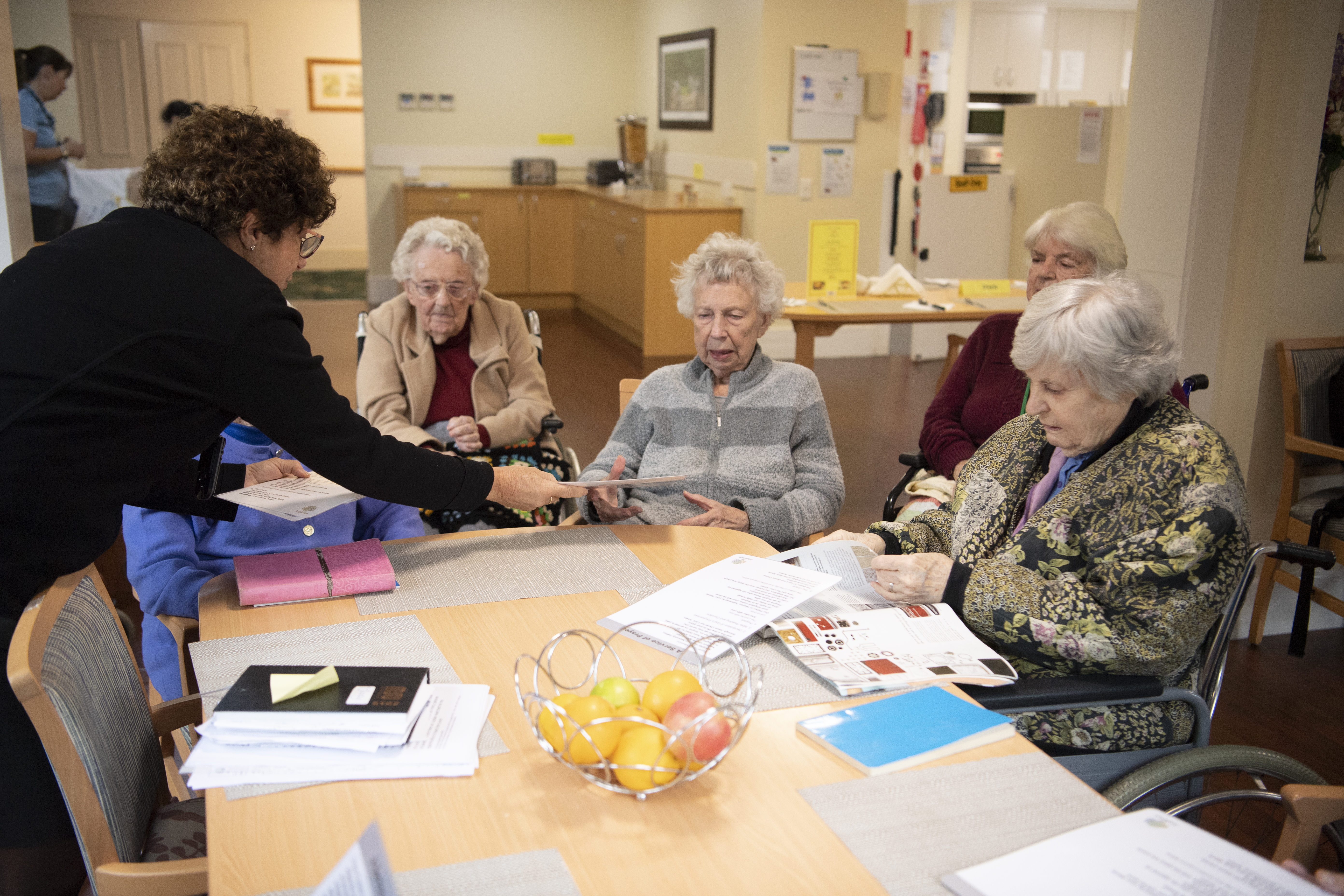 They are shaped by the gospel

Whether people have been following Jesus for weeks or years, God still grows their trust in the same way.

“How will the Lord have done that?” Mr Dawes asks. “It will have been the same ways we always talk about: his word, his Spirit and living among the saints. I don’t think God has a new toolkit when you get to your senior years. The toolkit is the same.”

Mr Dawes places great importance on bringing village residents to God’s word. “In our little ministry context we need to keep the saints fed and focused. Keeping them fed and focused is about encouraging them in the grace of the Lord Jesus, and reminding them they’re still part of God’s purpose.”

There is much to learn

We must be careful of only doing church with people in our stage of life because there is so much to gain from gathering regularly with people who are older and younger than us.

“I think one of the dangers in our churches is that we can fail to value the strength of the older saints, their stability and sturdiness,” Mr Dawes says. “We may fail to value the benefit of having older saints around as an encouragement to keep pressing on ourselves. Considering the example of older saints... will strengthen you to then hand the baton on to those who come after you.”

1.
“You don’t know how long you’ve got… you’ve got to be very clear on the gospel.”
2.
Preparing to minister to future Sydney
3.
Synod cancelled
4.
Training, fellowship and strengthened ministries – what happens when churches work together