Amid record hot weather not seen since the days of the original benefactor, Thomas Moore, Moore Theological College has entered a new era with the opening of its ultra-modern Learning and Teaching Centre. 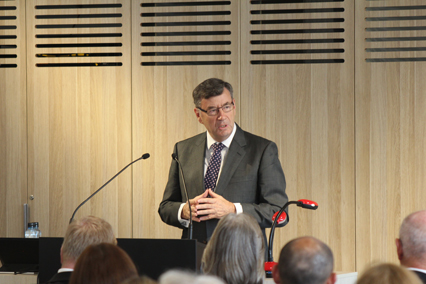 "The completion of this project is a moment for great thanksgiving to God, who has provided for this College at every point along the way. The College exists to enable men and women to take the gospel of the Lord Jesus Christ to all the world. This building will help it to keep doing that for next century and more. We are grateful to God and to all those who have given so generously to bring us to this day." said College principal Dr Mark Thompson. 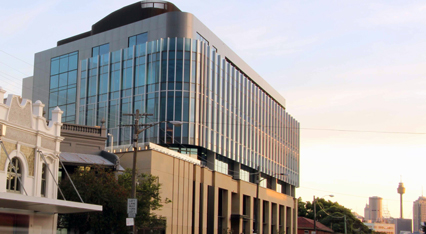 Dr Thompson drew attention to the plaque unveiled by the Governor, which features a verse from 2 Corinthians chapter 4. "For what we preach is not ourselves, but Jesus Christ as Lord, and ourselves as your servants for Jesus’ sake."

"These words crystalise for us in a wonderful way what we are all about as a College and what we hope and pray our graduates will be about when they leave us and take up one of the multitude of ministries for which they have been preparing." Dr Thompson told the audience made up of students, staff, supporters and invited guests.

The history of the college was on show including the 'Treasures of Moore College' housed in new showcases in the library, which is the largest theological library in the Southern Hemisphere. 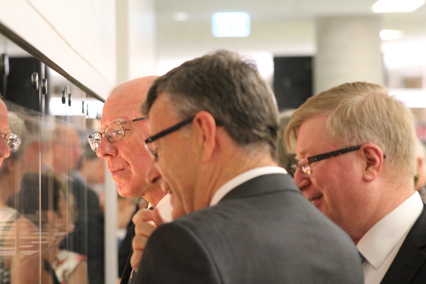 Visitors, including the governor, were taken on tours of the historic documents, bibles and reference works housed in the library. 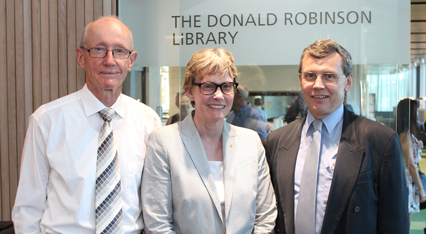 "Marcus Loane and Donald Robinson, throughout their lives proclaimed Jesus Christ as Lord and served his people faithfully. With them that is what we commit ourselves to do in the years ahead and we are so very thankful to God for giving us a building like this one in which that ministry can flourish and grow. Please keep praying for us that we would do just that." Dr Thompson said.

The Archbishop’s dedicated the building, praying that the building would be “richly used by students and faculty in their intellectual pursuit of such knowledge and wisdom that they may grow in their understanding of the Word of God and the gospel of Christ.”

The Archbishop thanked all those who had contributed to the project for their generosity and prayerful commitment to the growth and development of Moore College.

“I now dedicate this building as a centre of learning and teaching, a haven for thinking and reflection, and a facility of theological education and spiritual growth.  May all who teach and all who learn grow in their knowledge of God, develop their skills in sharing that knowledge, and mature in wisdom as they fear God and keep his commandments, for the glory and praise of God: Father, Son and Holy Spirit.” the Archbishop prayed.