Theologian and author JI Packer, one of the foremost evangelical thinkers and writers of the 20th Century, has died at the age of 93.

Dr Packer, who died just five days short of his 94th birthday, ranks alongside John Stott as a giant of Anglican evangelicalism.

Packer was known to millions of Christians around the world for his popular classic, Knowing God, published in the 1970s. But he was already an established scholar of note because of his earlier works in the 1950s and 60s, Fundamentalism and the Word of God and Evangelism and the Sovereignty of God.

James Innell Packer was an Englishman by birth and after 35 years of ministry there, moved to Canada to teach at Regent College in Vancouver in the late 1970s.

He provided firm leadership in the face of the liberal collapse of the Anglican Church in Canada when his congregation, St John’s Shaughnessy in Vancouver, led an exodus of orthodox Christians out of the Diocese of New Westminster. They eventually aligned with the newly formed Anglican Church of North America, ACNA, where he was appointed Theologian Emeritus. Dr Packer was made an Honourary Canon of Sydney's St Andrew's Cathedral in 2008.

Like John Bunyan's Mr Valiant-for-Truth, he stood for the authority of the scriptures

"We have lost a great champion of the faith in the death of Dr Jim Packer," said Archbishop Glenn Davies in a statement after the news was announced.

"Like John Bunyan's Mr Valiant-for-Truth, he stood for the authority of the scriptures against the erosion of trust in God's Word and has been a model for evangelicals around the world not only Anglicans but from all Christian denominations. We were honoured to have him as a Canon of St Andrew's Cathedral as he visited Australia on many occasions."

"Because he was such a prolific writer, Christians in future generations will benefit from his scholarship, evangelical fervour and heart for the gospel of our Lord Jesus Christ. With his widow Kit, all Anglicans will be saddened by his death but we rejoice in the saviour whom he proclaimed and in whose presence he now lives forever. We thank God for giving us the gift of Jim Packer." Dr Davies said. 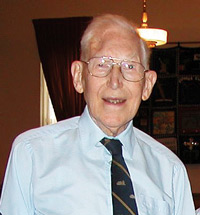 Dr Mark Thompson, Principal of Moore Theological College, wrote in a tribute that Dr Packer ranked alongside Stott and Dr Billy Graham in his influence in the 20th century.

"With the brilliant mind with which God endowed him, he was able to answer the dominant liberalism of the mid and late twentieth century and help revive classic reformed theology in the life of the church."

Dr Thompson pointed to his classic writings. "Jim Packer’s writing was always clear, insightful, generous towards those with whom he disagreed, but uncompromising in its commitment to the truth given to us in the words of Scripture. He was an encourager of others. The number of books he endorsed is almost legendary. He travelled around the world teaching the Bible and introducing people to his beloved Puritans. He loved the Puritans because they were determined to bring theology and life together. The knowledge of God, they knew, is not an abstract discipline, the kind of knowledge that puffs up. The knowledge of God is profoundly relational and practical, it shapes the way we live. "

Christians in future generations will benefit from his scholarship, evangelical fervour and heart for the gospel of our Lord Jesus Christ.

"He was one of the early lecturers in the Annual Moore College Lecture series. He gave a series of lectures in 1978 entitled ‘We Preach Christ Crucified’ (Those lectures are now digitised and available here). I met him on a number of occasions, memorably spending a week speaking at a conference with him in the mid-1990s," Dr Thompson said. "Others will be able to speak with greater authority about Jim Packer the man. My personal encounters with him were fleeting. Every moment I spent with him was encouraging and thought-provoking. He was generous in person just as he had always been in his writing. He did not seem to be aware of the scope of his influence and the enormous help he had been to so many."

JI Packer - In his own words - from Crossway.

“Silence is violence”: where are the Christian voices standing up for social justice online?

How scripture teachers feel about returning to school